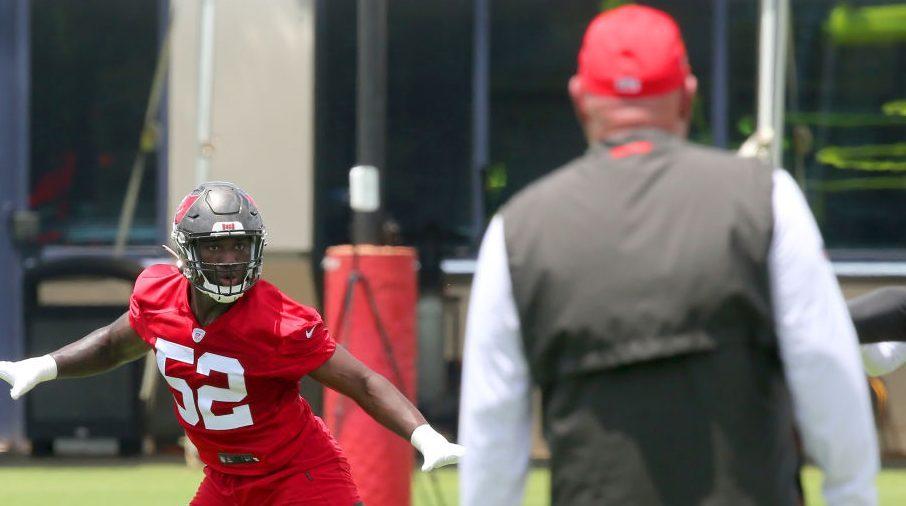 The Buccaneers, with a team that won the most recent Super Bowl and that returns all starters on both sides of the ball for the first time in decades, will be wearing a bull’s-eye all year long. Coach Bruce Arians wants it to not be that way.

“I think for me I’m going to have to be harder; make sure that we stay the hunter and not the hunted,” Arians recently said in a feature posed at Buccaneers.com, via JoeBucsFan.com. “We’ve relaxed a lot already this spring. Teams are getting ahead of us right now but I think we can catch up quickly.”

Arians undoubtedly is referring to the fact that plenty of veterans opted to skip formal offseason workouts to do their own thing, led by quarterback Tom Brady. Arians knows that the various teams trying to keep the Bucs from becoming the first team to repeat since the 2003-04 Patriots took full advantage of their offseason programs.

That won’t matter to Brady, whose desire to turn his seventh Super Bowl win into an eighth will provide more than enough motivation for the rest of the team. But Arians knows that complacency becomes the biggest foe for any defending champion. They climbed the mountain. They’re trying to do the same thing they just did all over again, when 31 other teams that didn’t climb the mountain want to do it instead.

Arians previously said that “I’m going to beat the shit out of them” during training camp, and maybe that attitude will be enough to keep the Bucs from resting on their laurels. Far more effective, however, will be Brady’s unrelenting drive toward creating a legacy that no one ever will match.

Regardless, Arians knows that things can go haywire for a defending champ. For every one since 2004, something has happened between Week One and the Super Bowl to prevent another title. The Bucs could very well be the first team to run the gauntlet (one that now includes 17 regular-season games) successfully. They’ll need the mentality that they had last year, and it will take plenty of effort and focus and work and cussing from Arians to ensure that it happens.

Still, it all comes back to Brady. He showed his value last year. He’ll show it again this year. Although a second boat parade remains far from guaranteed, Brady will treat this year like every other year of his career. As he used to say, his favorite Super Bowl ring is the next one. He’ll be trying to get that next one during every year that remains of his career, no matter how many more next ones there may be.