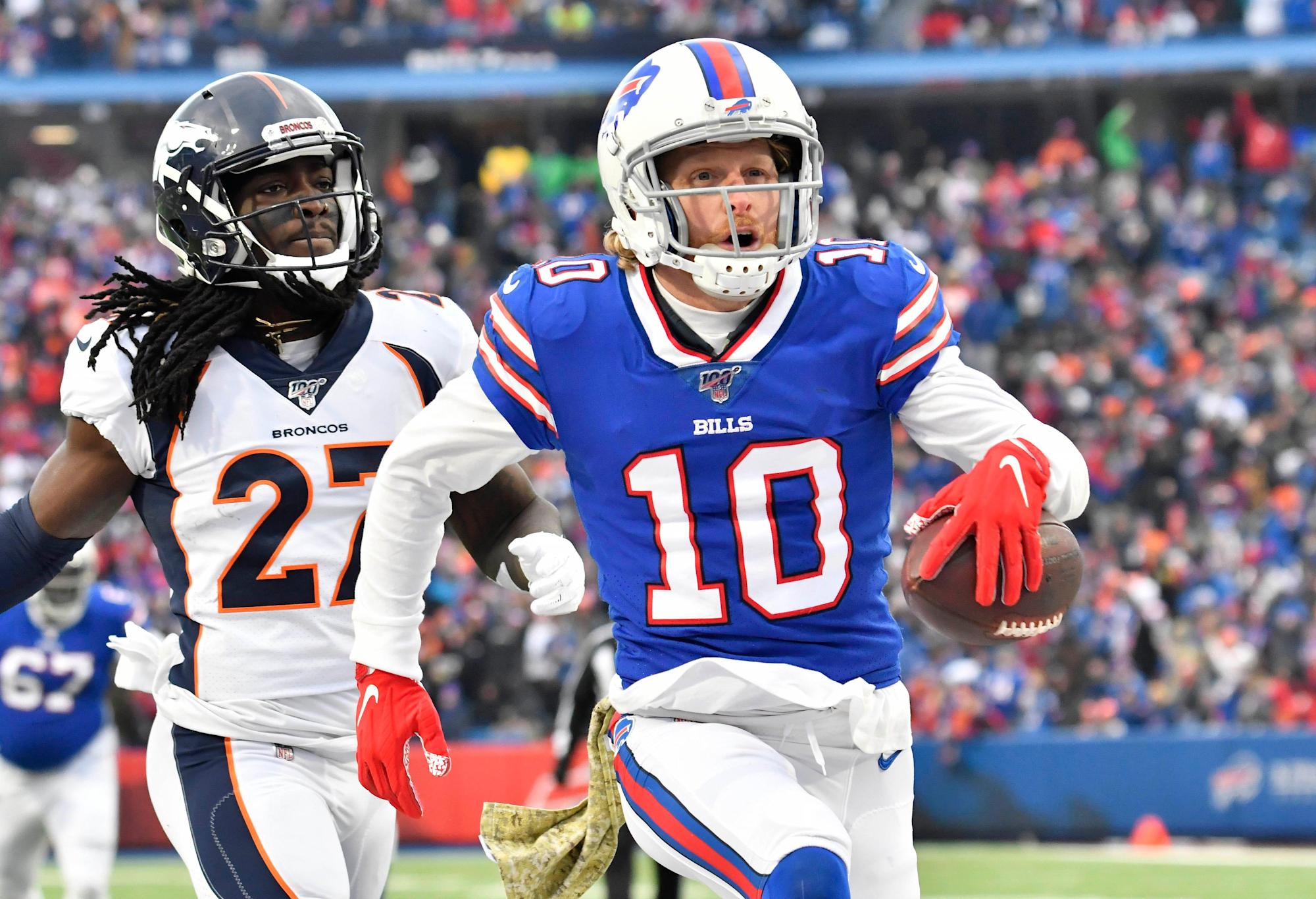 After expressing his frustration with the NFL Players Association regarding the league’s newly unveiled COVID-19 protocols and arguing with several Twitter users about the virus, Buffalo Bills wide receiver Cole Beasley made clear he has no plans to be vaccinated or take additional precautions.

In a Twitter post Friday, Beasley reiterated his resistance to being vaccinated or altering his daily lifestyle, acknowledging that he could end up subjecting himself to a fine by his team or the NFL.

“If your (sic) scared of me then steer clear, or get vaccinated. Point. Blank. Period,” Beasley wrote. “I may die of covid, but I’d rather die actually living. I have family members whose days are numbered. If they want to come and see me and stay at my house then they are coming regardless of protocol.

“I don’t play for the money anymore. My family has been taken care of. Fine me if you want. My way of living and my values are more important to me than a dollar.”

On Wednesday, the NFL and players union announced that players fully vaccinated for COVID-19 would have a number of restrictions lifted for training camp and preseason. Those who have not been vaccinated, however, will be subject to many requirements, including daily COVID-19 tests, wearing a mask in the team facility and during team travel and requiring a quarantine period after high-risk exposure to COVID-19.

During travel, unvaccinated players are also barred from meeting with anyone outside of the team’s traveling party or leaving the hotel to eat at a restaurant and must fly on a separate plane.

Initial violations of the COVID-19 protocols can result in a $50,000 fine.

Beasley took issue with the protocols, saying Thursday on Twitter that the Players Association is “a joke.” He later confirmed that he spoke with the union about the issue.

In May, Bills general manager Brandon Beane answered a hypothetical by saying he would be inclined to cut an unvaccinated player if it would help the organization reach a threshold to relax restrictions. The NFL reached out to Beane and said a player could not be released solely due to his vaccination status, according to multiple reports.

Beasley is halfway through a four-year, $29 million deal he signed prior to the 2019 season. A second-team All-Pro in 2020, when he collected a career-best 82 receptions, he is scheduled to make roughly $6 million each of the next two years.

Beasley said in his post that he was not alone in his sentiment.

“A lot of other NFL players hold my position as well but aren’t in the right place in their careers to be so outspoken,” Beasley wrote. “I feel for you and I’m hoping I’m doing my part to represent you guys well.”

Bills coach Sean McDermott said this week the team was “moving in the right direction” on its vaccination rate after expressing his concern in May that the team might not reach the threshold to have certain restrictions lifted for training camp.

This article originally appeared on USA TODAY: Cole Beasley pushes back on NFL COVID-19 rules: ‘Fine me if you want’