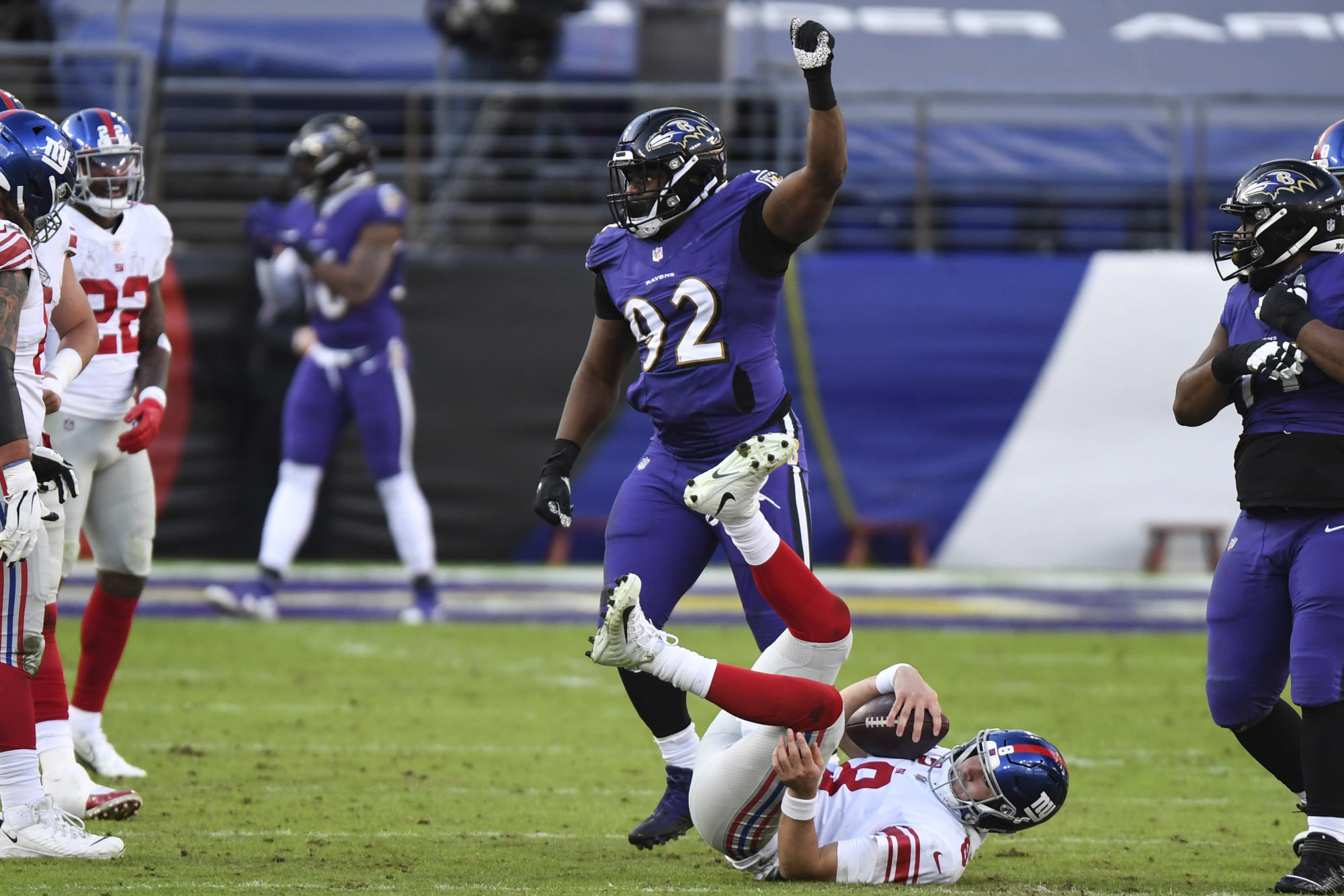 The Baltimore Ravens have an extremely stout defensive line that’s headlined by Calais Campbell, Derek Wolfe, and Brandon Williams. However, there’s another Baltimore defensive lineman who could make a big amount of noise in 2021.

Second-year player Justin Madubuike showed some serious flashes during his rookie season. In 10 games, he put up 19 total tackles two quarterback hits and one sack. While those numbers don’t necessarily pop off of the page, there were certain plays where he showed good burst, run stuffing prowess, and the ability to generate pressure from the interior.

When asked about Madubuike, Campbell gushed about him, saying he expects big things from the former Texas A&M star.

It feels like Baltimore will try to keep their trio of Campbell, Wolfe, and Williams fresh and healthy throughout the course of the 2021 season. If that is the case, the team could decide to scale their snaps back to make sure they can play a full 17-game season in 2021. That’s where Madubuike comes in, as he could see an upticks in snaps and opportunities, which could be a great thing for the Ravens as they begin to look at potential options for life without their “big three” on the defensive line.

Based off of his comments, it looks like Campbell sees a bright future for Madubuike. There will seemingly be a lot more responsibility placed on the second year player’s shoulders, and if he makes the most of his opportunities, he could carve out a role in the NFl for a long time.