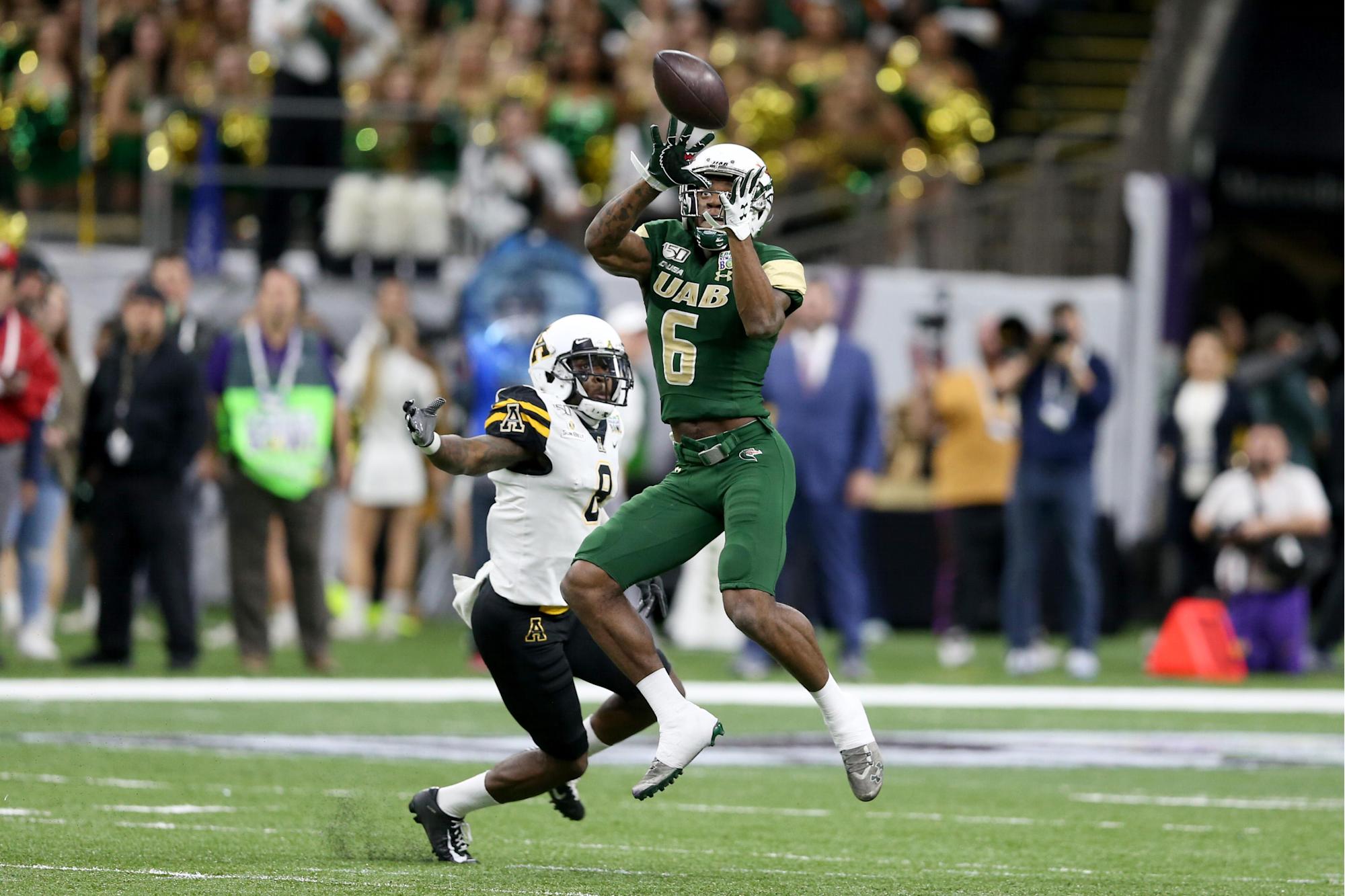 The San Francisco 49ers under general manager John Lynch and head coach Kyle Shanahan have had a ton of success with their undrafted rookies.

This year’s class was only four players deep though thanks in part to a good-sized draft class and a number of key free agents returning.

Here’s a quick look at the 49ers’ 2021 undrafted rookie class and the potential roles they could take on in their first seasons:

Hilliard is all over the place when watching Ohio State, but he’s undersized (6-foot, 229 pounds) and not very athletic. He did manage 84 tackles, 9.0 tackles for loss and two interceptions across a six-year, 36-game college career that was marred by injury. If he finds his way onto the 49ers’ roster, it’s hard to believe he’ll be more than a special teams contributor with other more experienced LBs ahead of him on the depth chart.

Sullivan is a lot like Hilliard, only smaller (6-foot, 214 pounds) and a little more athletic. He also spent six years in school and managed to play in 39 games. Sullivan was a more productive player with 144 tackles, 7.5 tackles for loss, 2.0 sacks and a pair of interceptions. The team may try him at safety given his size, but he’s in a similar spot to his fellow undrafted LB in that his role is likely limited to special teams if he does land on the 53-man.

Pederson has a legitimate chance to stick around given the lack of depth on the 49ers’ roster. If he proves to be a threat as a pass catcher, his likelihood of making the team as a rookie increases exponentially. Pederson in his final two college seasons racked up 75 catches for 934 yards and nine touchdowns. All nine of his scores came in the 2019 season. He has NFL size at 6-5, 230 pounds. The 49ers could use another pass-catching TE, and it wouldn’t be a huge surprise if Pederson lands that role over incumbents Ross Dwelley and Charlie Woerner.

Watkins is a big, physical, strong receiver who looks the part of a player who might replace Kendrick Bourne as the No. 3 receiver. He was a junior college transfer who put up huge numbers in his second season at UAB with 1,092 yards and six touchdowns on 57 receptions in 14 games. There’s a significant issue with his speed and explosiveness though that may make it difficult for him to gain separation in the NFL. His ceiling is a Bourne replacement, but it’s more realistic that he’s a back end of the roster player in Year 1, and maybe even a practice squad addition depending on how he performs in camp.