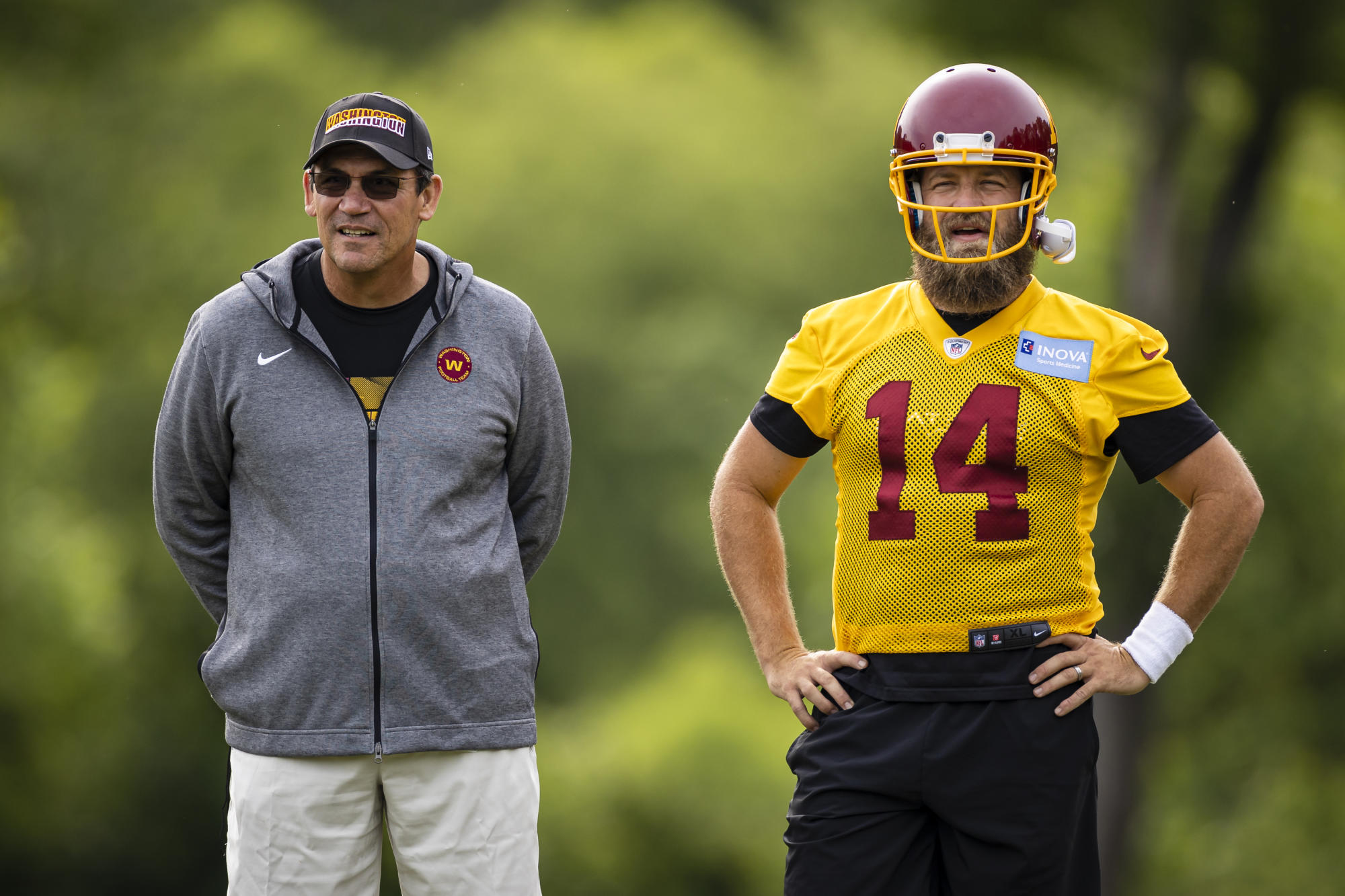 The NFC East has had a new divisional champion for 16 straight seasons. It was Washington’s turn in 2020, as new coach Ron Rivera led the team to its first NFC East crown in five years. Rivera was hired to change the culture of the historic franchise, and a 2-7 start tested their will. Rivera’s club responded by winning five of their last seven, demonstrating the unrelenting determination of their new coach. Is an encore in the cards for 2021? The road to another NFC title will bring a new set of obstacles, starting with the schedule.

Teams are slotted based on divisional finish rather than record. Washington inherits a first-place schedule coming off a seven-win season. They take on the defending champion, Buccaneers, along with four other teams who won at least 12 games.

There are situational spots on the schedule that will make building on last year’s record a challenge. Any potential bye-week advantage is neutralized as their opponent, Tampa Bay, holds the same bye week. Washington travels to Atlanta and Denver, two winnable games, on the second leg of back-to-back road games. Denver will also hold a significant rest advantage, at altitude, coming off “Thursday Night Football.” According to Sharp Football, Washington has the fifth-most difficult schedule based on forecasted win totals in 2021.

Defense built to handle adversity, but will offense create more?

Rivera’s defense did not disappoint in his debut season. Washington ranked top three in all four of these metrics: yards per play (5.0), defensive DVOA, EPA per play, and defensive success rate. Chase Young, last season’s defensive rookie of the year, made an immediate impact in contributing to Washington’s seventh-best sack rate. Washington’s defensive front returns and the team added William Jackson III to bolster its secondary. Fans of the Football Club can count on the fifth-youngest unit in the NFL to be even more dominant in 2021.

It’s always a fun ride when Ryan Fitzpatrick gets the keys to your offense. Fitzpatrick’s fearless approach to pushing the ball downfield has the potential to unlock an offense that ranked 30th in yards per pass attempt. There are always two sides to a coin. While Fitzpatrick has thrived in situations with low expectations, he has crashed hard when the stakes are raised.

The Washington Football Club is currently +220 at BetMGM to win the NFC East. The Dallas Cowboys are favorites at +130 with a projected win total of over nine wins. It’s fair to assume it’s going to take 10 wins to win the NFC East. Is Ryan Fitzpatrick the quarterback to get them there?

Real secret in ‘Fitzmagic’ lies in the performance

While bettors love to watch “Fitzmagic” lead a trailing team to a backdoor cover, we must be fair when evaluating his performances. Fitzpatrick’s aggression can be magical but it also consistently yields interceptions. Turnovers are the most predictive stat for determining the outcomes of NFL games. I’m not comfortable this team can overcome that type of game script. Washington is only eight games removed from being 2-7 heading into Week 10 last season. They were +750 to win the division at that point, making it difficult to see value in betting them now at +220 to overcome the challenges I have outlined. Here is the secret on how we can cash in on what Fitzpatrick does best.

Rather than wager on the Washington QB to do something he hasn’t accomplished in his previous 16 years, let’s target his passing yardage total. You can bet Ryan Fitzpatrick to pass for over 3900.5 yards this season at BetMGM. For market comparison purposes, Fitzpatrick’s yardage total is lined equal to Ben Roethlisberger. Fitzpatrick has to average 230 yards passing per game to eclipse 3900 yards and cash our bet. Washington averaged 220 yards passing last season, and I expect the offense to be much more vertical with Fitzmagic behind the wheel.