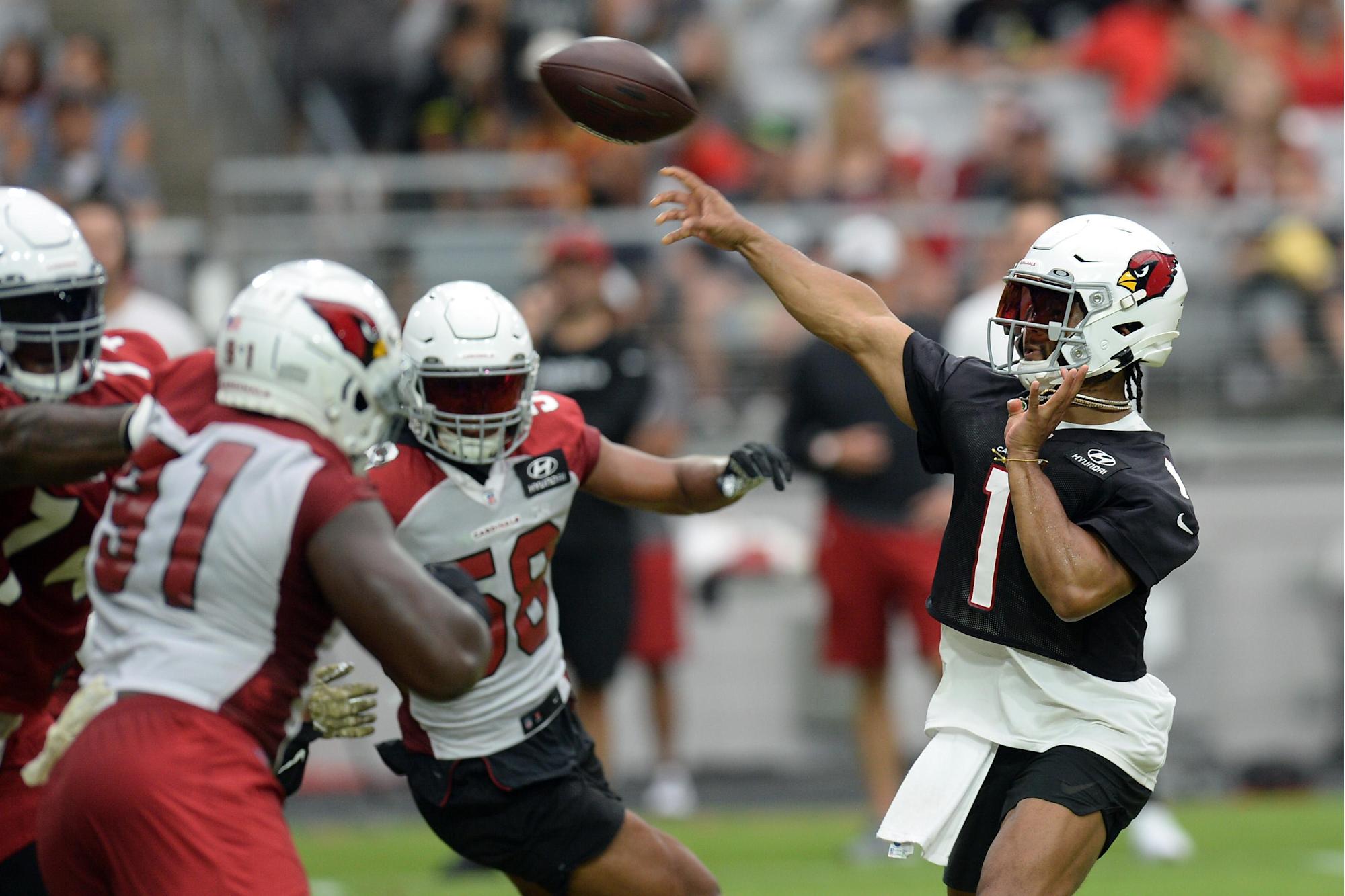 The Arizona Cardinals have wrapped up one week of training camp and so we can see some of how things will play out with the roster and rotations.

At the end of each week, I will do roster predictions, which is sort of like some power rankings for the players at different positions.

Here is my first of camp.

I am torn here. Kliff Kingsbury really thinks highly of Streveler. McCoy clearly is meant to make the team. I don’t know if Streveler would make it to the practice squad, so they might use a roster spot for him. That’s how I see it right now.

Ward has been getting first-team reps while Conner is on the side during offense vs. defense drills. It is unknown what injury he has. Kingsbury also spoke highly of Benjamin (finally), so it looks like he is on track to make the team, based on early parts of camp.

I think Andy Isabella is in trouble with the emergence of Moore, their second-round pick. Moore is going to be hard to keep off the field. Ward has been getting reps inside and outside, and also has return ability. I think Johnson is still on the inside track right now, especially since he gives them some length. Antoine Wesley might be a guy to watch as a potential A.J. Green backup because of his size.

Five are locks and the last is a bit of a tossup. They might prefer to have someone like Xavier Williams, a veteran nose tackle who also can play other positions. Fotu and Lawrence both can play nose and end. Dogbe can play end.

If the Cardinals use three inside backers on the field more, they won’t need as many outside linebackers. Four will be enough and Dimukeje makes it for special teams and upside on defense over Kylie Fitts.

I don’t think Hicks will get traded. He will get to play some, too. Turner is a special teams ace. A Hicks trade opens the door for Terrance Smith or Evan Weaver.

The top three plus Wilson are locks. Dennard, Tae Hayes or Daryl Worley alls could be the CB4. I think Gowan makes it, too. He will likely get work on special teams.

The safety room is tough. Keeping a fifth one means bumping another player. If they keep two quarterbacks, then I also add Shawn Williams. Deionte Thompson and rookie James Wiggins get bumped.

There is a question as to whether the Cardinals will need a kickoff specialist, which means Tyler Newsome could crack the roster. However, Kingsbury says Prater probably will kick off this year, even though he hasn’t done it full-time since 2013.