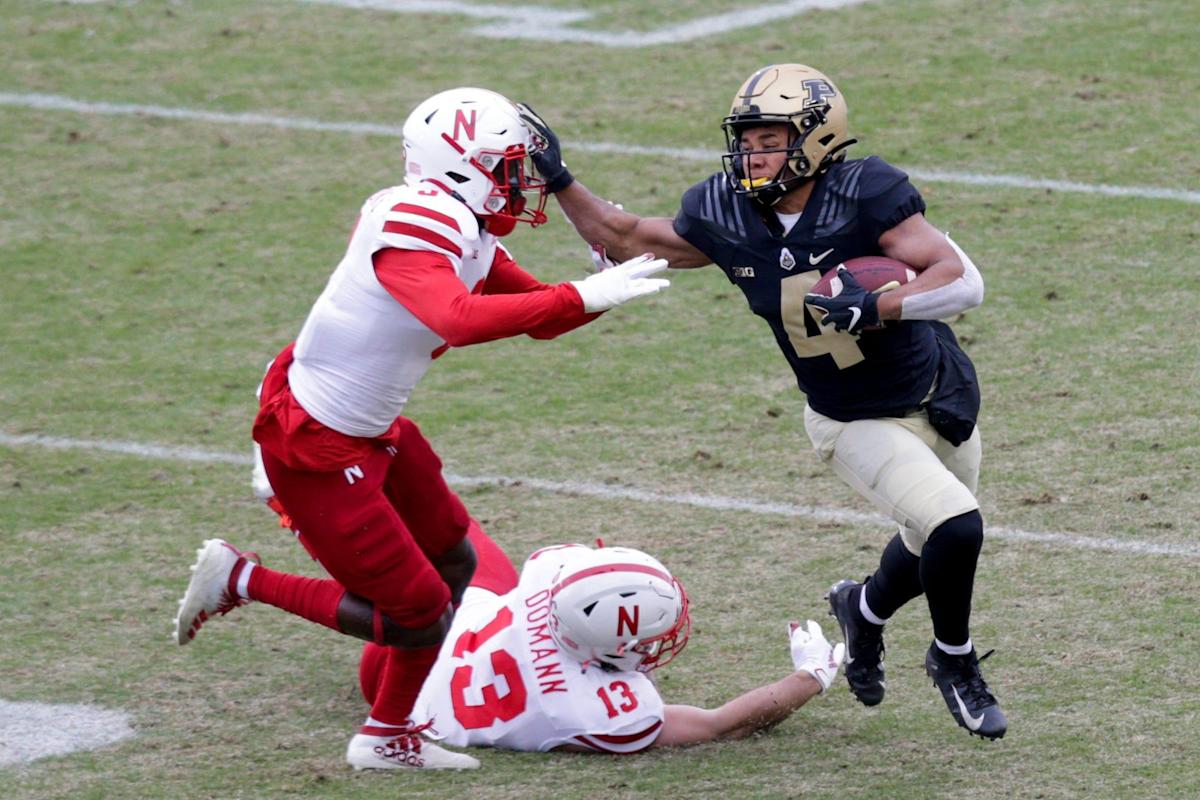 Arizona Cardinals rookie receiver Rondale Moore has a new number. After starting his career this offseason and preseason with No. 85, he has his old college number back.

He now wears No. 4, which he wore in his time at Purdue.

He is able to do that, thanks to punter Andy Lee, who now wears No. 14, which was vacated last week when receiver JoJo Ward was released.

This is actually pretty significant. Lee has worn No. 4 for almost his entire career. he had it for 11 years while a member of the San Francisco 49ers and then, after two years wearing No. 8 and a pair of years wearing No. 2 for the Cardinals, he got No. 4 back in 2019.

He had never worn No. 14 in the NFL. It was presumed that Moore would take that number.