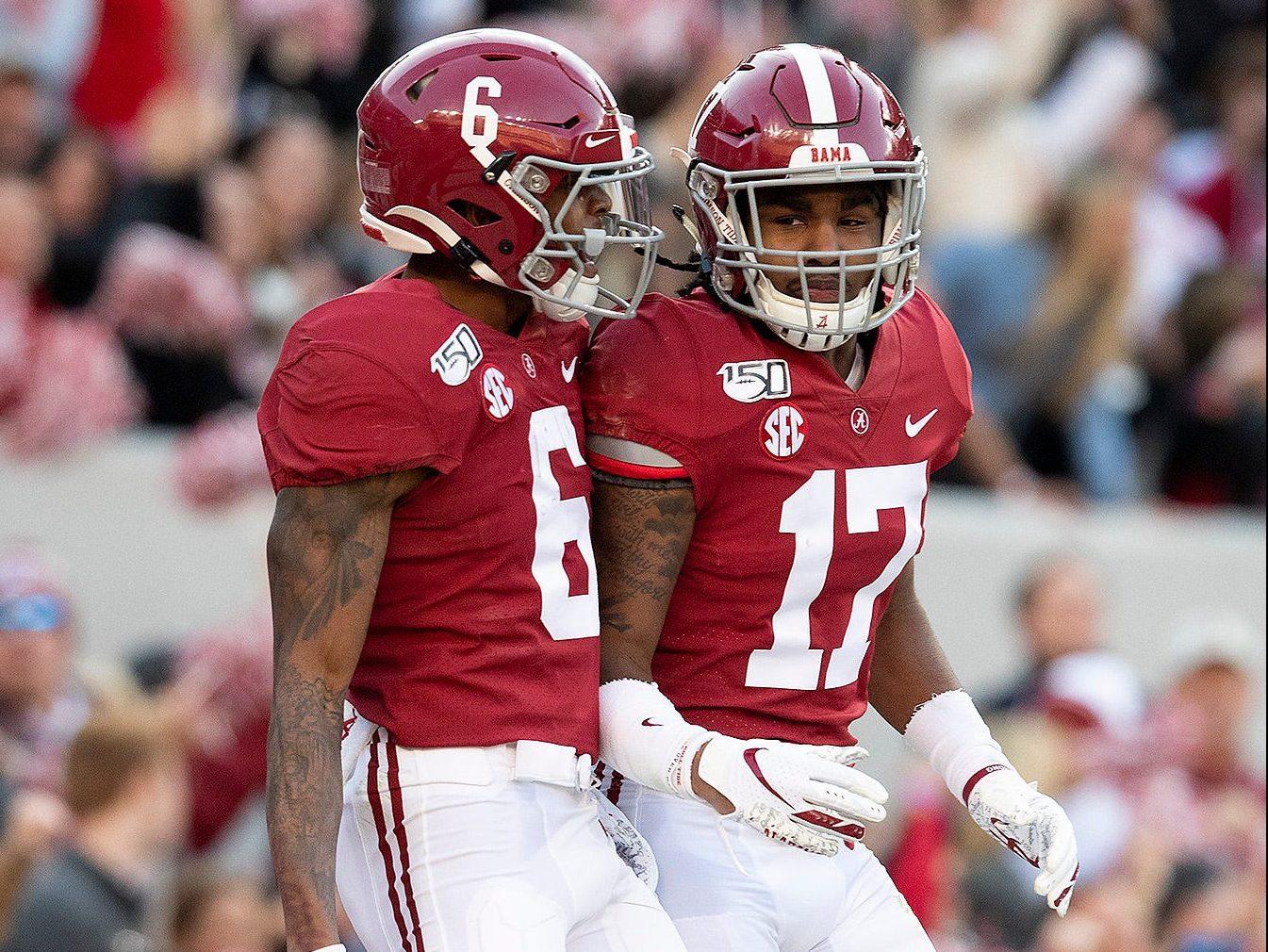 The Arizona Cardinals have addressed their wide receiver room this offseason, signing A.J. Green. They already have DeAndre Hopkins and Christian Kirk, although Larry Fitzgerald’s future is still unknown.

This year’s wide receiver class in the NFL draft is believed to be strong and general manager Steve Keim likes the potential.

Comments he made before free agency began seem to suggest a receiver could be targeted in the first round.

“On the receiver class this year, (I’m) really excited,” Keim told reporters in a press conference at the beginning of March.

He had just spent a few days meeting virtually with a bunch of prospects, as the COVID-19 pandemic caused the NFL combine to be canceled. Instead, the meetings they would have had at the combine are not being held virtually.

The Cardinals could go a number of ways with the position should they decide to select one. Keim believes there are players who can fill specific roles.

But the part that makes you think he might be willing to take a receiver in the first round is this — “the top four or five receivers to me are really game-changers.”

There seems to be mostly a consensus about the top three receivers in the class, they being LSU’s Ja’Marr Chase and the Alabama duo of Jaylen Waddle and DeVonta Smith. Then there are those like Minnesota’s Rashod Bateman, Florida’s Kadarius Toney and Mississippi’s Elijah Moore, who could be those Keim is referring to.

The Cardinals possess the 16th overall pick. Chase will likely be long gone. One or both of the Alabama wideouts will also likely be already off the board by the time the Cardinals pick. Bateman is a possibility, but will he rate more highly than other players at other positions?

With Green only on a one-year deal and with Christian Kirk entering the final year of his deal, getting a “game-changer” would be wise to do this year.