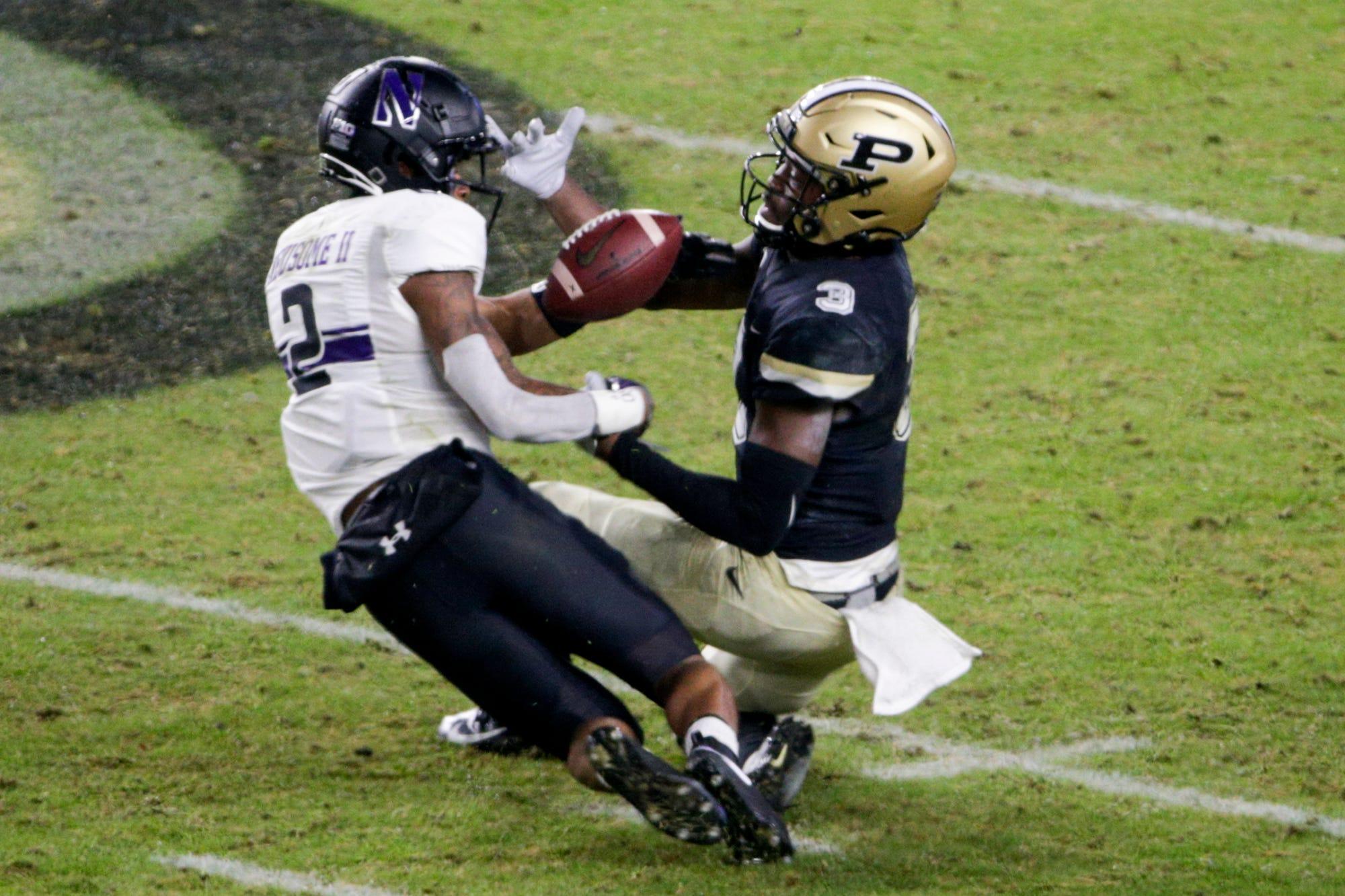 The NFL draft is just around the corner and there will be a few final mock drafts from all over. What will the Arizona Cardinals do next week?

NFL.com’s Chad Reuter put mocked the entire draft and he has the Cardinals going with a common position with the 16th overall pick — a cornerback.

However, the player they select is a surprise.

Read on for that player and the rest of their picks in the draft.

Newsome is the pick for the Cardinals and is the third cornerback selected.

On the rise throughout the pre-draft process, Newsome might end up being the third cornerback selected, due to Caleb Farley’s health concerns. Arizona should appreciate the Northwestern product’s excellent overall skill set, making him a viable replacement for the departed Patrick Peterson.

Newsome has the potential to be a stud. He has the size, the athleticism and the game play to be great. However, it is interesting to go with him over Farley based on injury. Newsome only played in 17 games in three seasons. Farley opted out of 2020 and is coming back from a recent back surgery. Newsome missed a lot of games. Both are good but both have durability concerns.

In the second round, Reuter has the Cardinals going with Moore. Moore is a small slot receiver who has upside as a returner. He was hugely productive in 2018. He caught 114 passes for 1,258 yards and 12 touchdowns. He is fast (he ran a 4.29-second 40) and strong. It would be trying to add what Andy Isabella is supposed to be for them.

The Cardinals don’t have another pick until the fifth round. Reuter has them taking Sterns. Sterns is highly athletic and is a big hitter and good tackler. The Cardinals don’t necessarily need another safety, but he would compete with Deionte Thompson and the special teams group of Chris Banjo, Charles Washington and Shawn Williams.

General manager Steve Keim said the edge defender class is deep. Cooper played five seasons for the Buckeyes and was never hugely productive as a pass rusher. His career high in sacks was 3.5 in 2020. He has the build and strength for the NFL and is able to use his strength with a bull rush, but he does give the Cardinals some depth at outside linebacker. This pick is from the Mason Cole trade.

The Cardinals do like to draft offensive linemen on Day 3. Borom has some positional flexibility, length and athleticism. Offensive line coach Sean Kugler will have some work to do with him.

The Cardinals would be getting a running back in the seventh round for the second year in a row. He is 6-0 and 213 pounds, giving him NFL size at the position. He rushed for 1,060 yards and 10 touchdowns on 167 carries in 2019. He has top-end speed and found the end zone 28 times in 33 college games. This would be a return to the small-school picks Keim was known for years ago. Listen to the latest from Cards Wire’s Jess Root on his podcast, Rise Up, See Red. Subscribe on Apple podcasts or Spotify. Latest show: