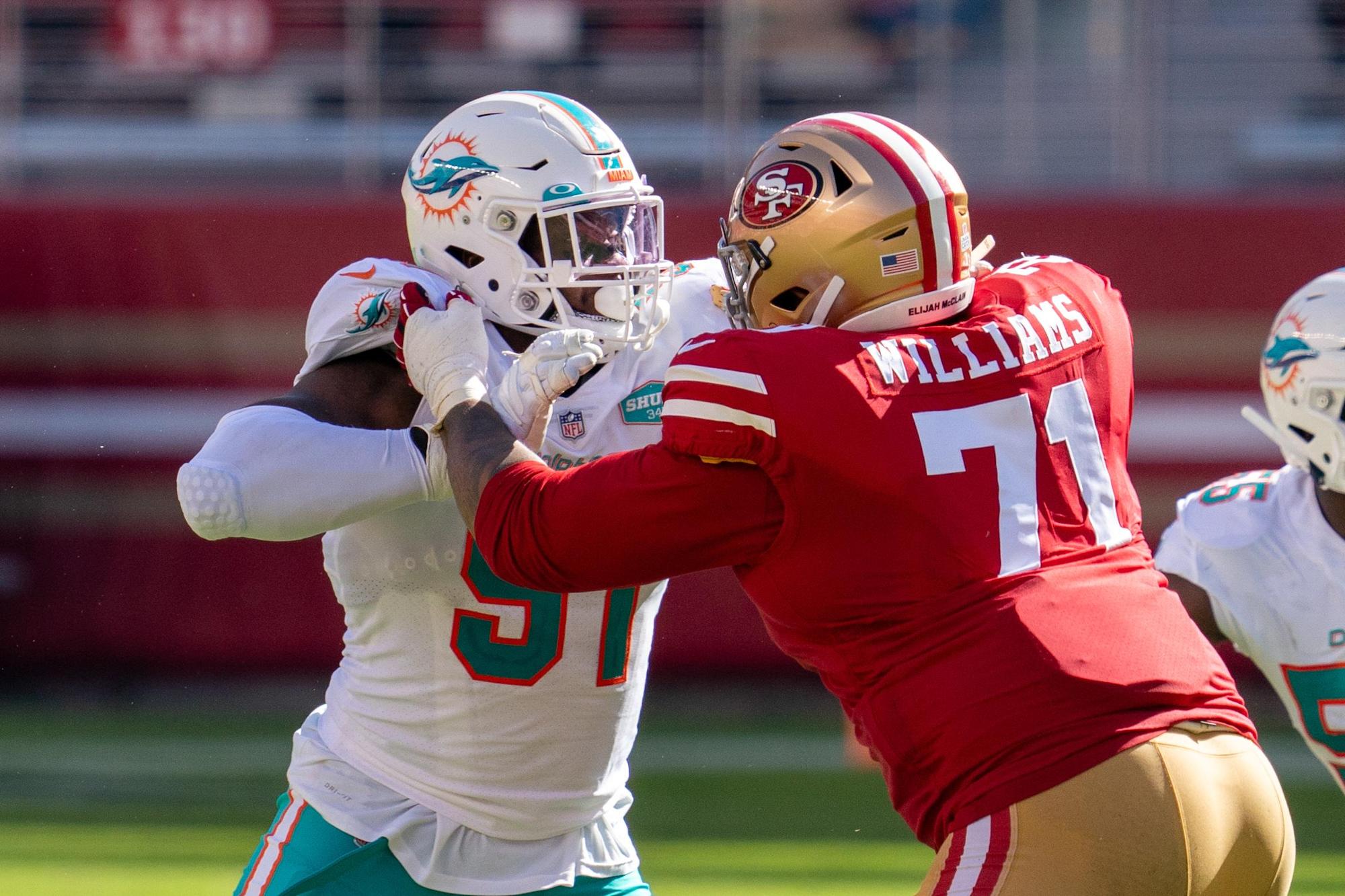 The Arizona Cardinals have one of the best tackles in the NFL in D.J. Humphries. He ranks seventh in the NFL, according to Touchdown Wire’s Doug Farrar.

The Cardinals also will face a number of the top tackles in the league on their 2021 NFL schedule.

They face four of the top 11 in six different games.

After years of having to go against Joe Staley when the Cardinals face the 49ers, Chandler Jones gets an even better player blocking him in Williams. Jones picked up his only sack of the season in Week 1 against the 49ers but Williams did well against him overall. Jones and Williams are a premier matchup twice a year.

On a Thursday night game in prime time, Jones will also face the top tackle in the league in Bakhtiari. Both players are coming off season-ending injuries but should both be in top form by midseason.

For the third week in a row, Jones faces a top tackle. Moton is a good one and is playing on a one-year franchise tag deal, so he is motivated to be great.

Jones vs. Brown is a common thing, as they face each other twice a year. Jones has had a lot of success against the Seahawks but didn’t face them last season because of his torn biceps. For the fourth week in a row, in Week 11, he will face a top tackle and then will face Brown again in the regular season finale.