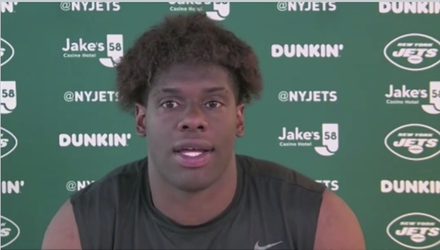 Carl Lawson was carted off the field at the Jets-Packers joint practice on Thursday afternoon and is having an MRI on his left Achilles, SNY’s Ralph Vacchiano has confirmed.

This would be a devastating injury for Lawson and the Jets, after the defensive end signed a three-year, $45 million contract with the team during the offseason and had been one of the best players at camp this summer up to this point.

Mims, Rankins and Lewis go down as well

Mims limped off the field and went to the locker room on a cart, but the New York Post’s Brian Costello reported that it was just a precaution.

Rankins left the field with a trainer and Lewis exited on a cart too.