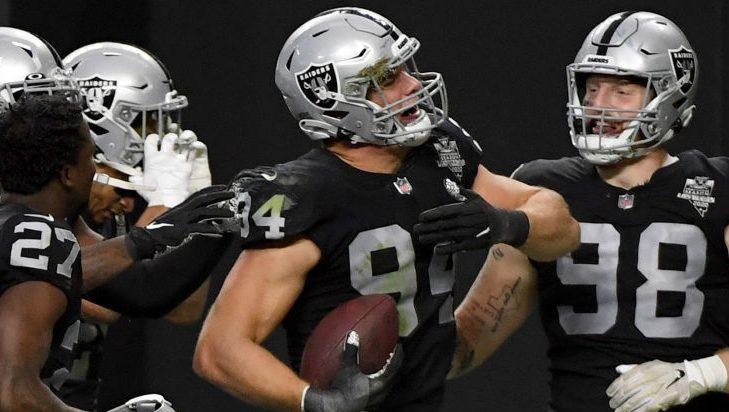 Raiders defensive end Carl Nassib has received support from around the NFL after coming out on Monday as the league’s only openly gay player.

Two other members of the Raiders’ defensive line, Darius Stills and Solomon Thomas, posted on social media that they were proud of Nassib.

Nassib’s former Penn State teammate and current Giants running back Saquon Barkley tweeted, “Much respect, brudda.” Nassib’s coach at Penn State, James Franklin, wrote, “I was proud of Carl when he led the nation in sacks, but I’m even more proud of him now.”

“Good for you Carl,” wrote Cardinals defensive tackle J.J. Watt. “Glad you feel comfortable enough to share and hopefully someday these types of announcements will no longer be considered breaking news.”