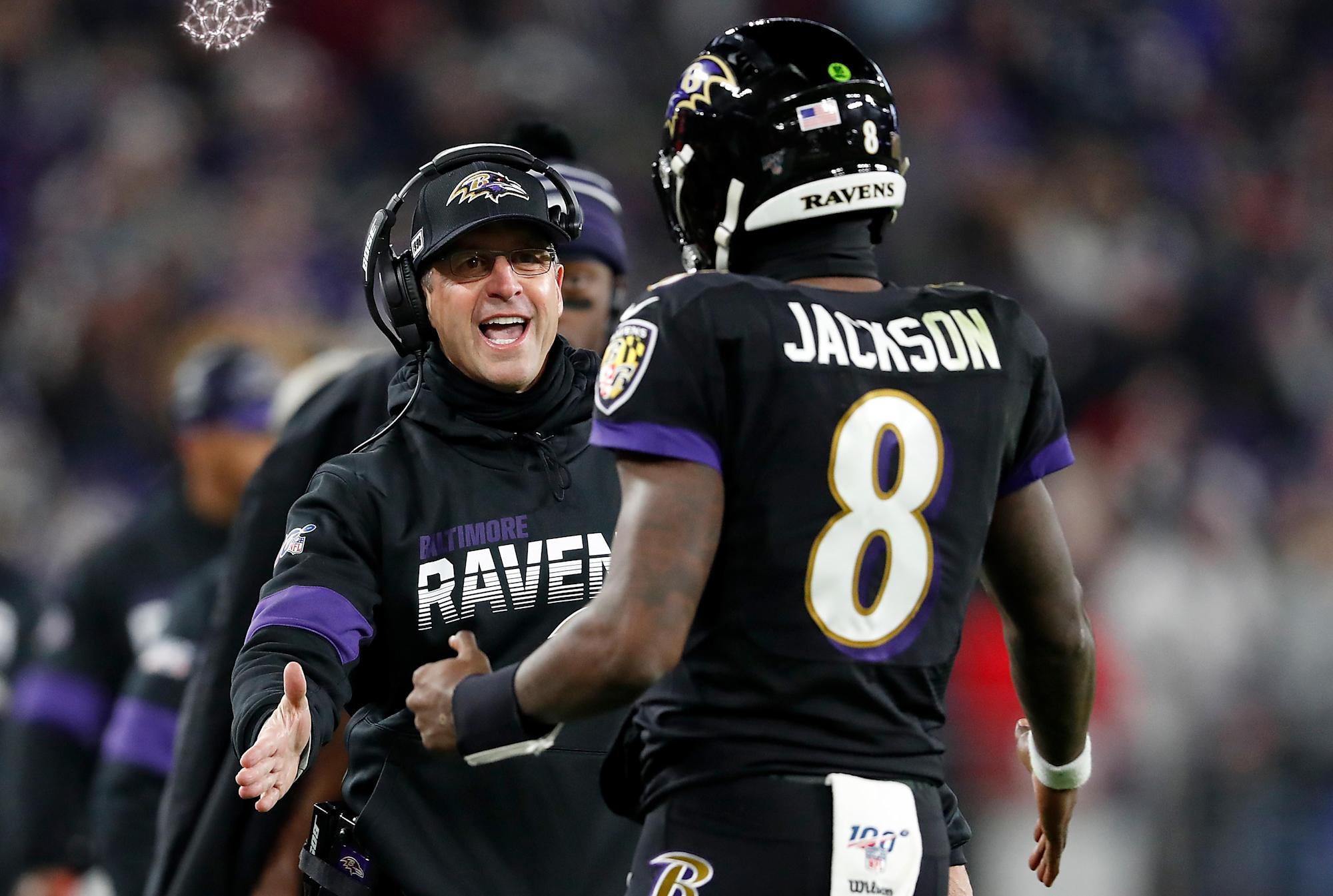 The Baltimore Ravens have seen plenty of success with the duo of quarterback Lamar Jackson and head coach John Harbaugh. Jackson is 30-7 as a starter since he took over in that role, and Harbaugh has been a big believer in his quarterback, helping Jackson grow his confidence.

In a list of the top 10 quarterback/coach duos, Jeff Kerr of CBS Sports ranked the Jackson/Harbaugh connection at No. 5 on his list. Kerr went into detail about Jackson’s accomplishments at the NFL level.

“Jackson does have a MVP on his resume (the youngest MVP in league history) and became the third-youngest player to win league MVP and a playoff game at 24 years and 3 days old — only Patrick Mahomes (23 years, 117 days) and Dan Marino (23 years, 106 days) were younger. He also joined Colin Kaepernick as the only quarterbacks in NFL history with multiple 100-yard rushing yard games in the postseason, despite his 1-3 playoff record.”

Kerr also talked about how important Harbaugh has been for Jackson and his development.

“Harbaugh deserves plenty of credit for his development. Harbaugh is 140-86 (.620 win percentage) in his career, becoming just one of 10 head coaches in NFL history to make the postseason nine times in his first 13 NFL seasons. His eight playoff wins on the road are the most in NFL history (which he accomplished last season). He also has won Super Bowl XLVII and is one of the best coaches in the game.”

Jackson and Harbaugh have evolved together ever since the former University of Louisville star entered the league. Harbaugh trusts his quarterback, and in turn, Jackson has developed confidence in his coach. The bond that the pair shares is a joy to watch both on and off of the field, and they should continue growing together for years to come.

On Kerr’s list Jackson and Harbaugh were ranked above duos such as Josh Allen and Sean McDermott, but below others like Russell Wilson and Pete Carroll.

The Jackson/Harbaugh duo was ranked at No. 4 last season, so their No. 5 ranking in 2021 represents a one spot drop.