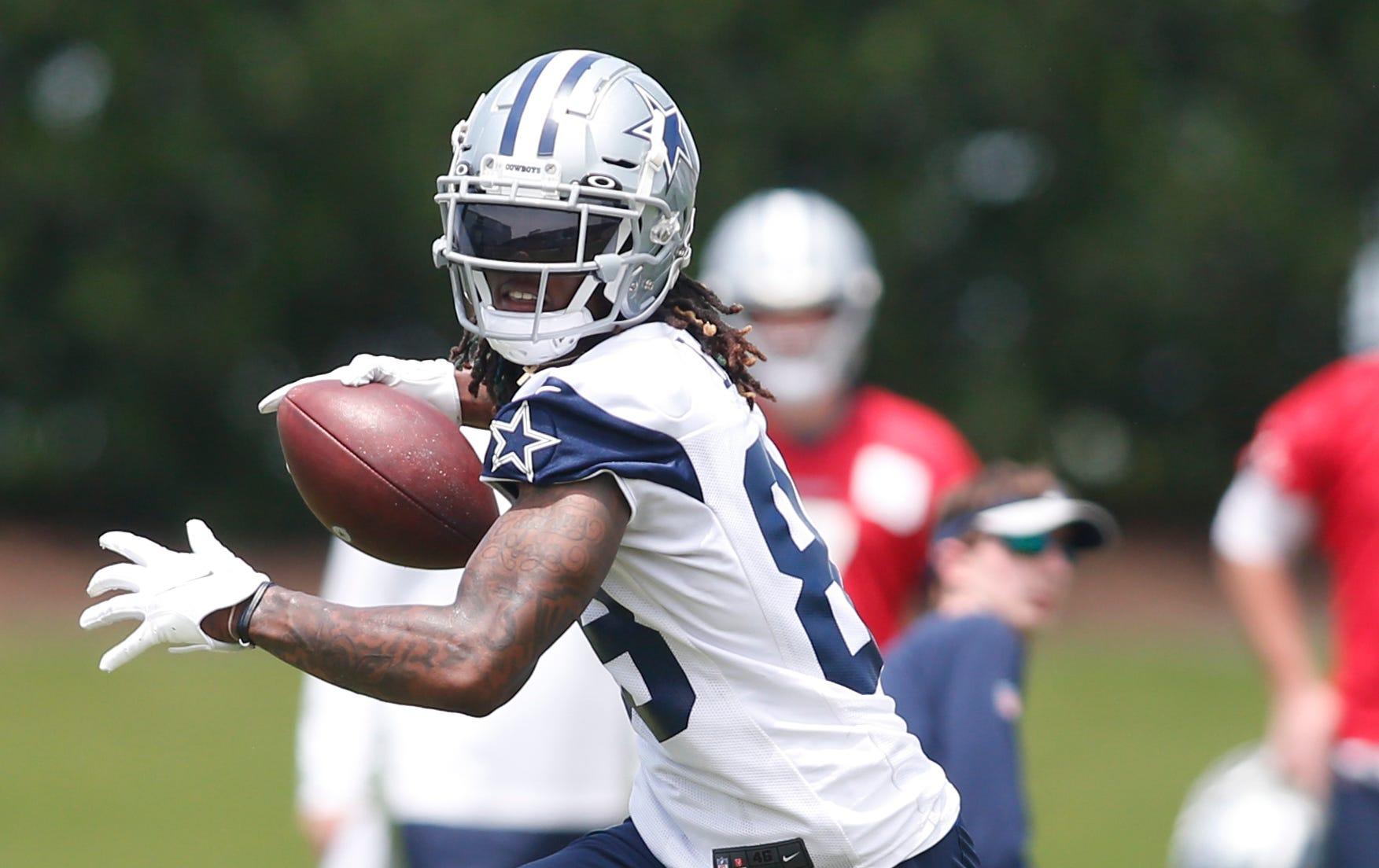 Wide receiver CeeDee Lamb relaxed at training camp with a sweet berry peony-scented candle, running back Ezekiel Elliott was thankful for a supply of baby powder and a couple of Cowboys who hail from Pennsylvania faced off in a chess match.

Sloppy practices? Head coach Mike McCarthy had publicly knocked his team for mental errors and missed assignments, but “Hard Knocks” displayed the attention to cadence as offensive coordinator Kellen Moore demanded all players stand, clapping on repeat, while rehearsing the snap. In an early scene, McCarthy emphasized to players during a meeting the importance of establishing a team personality rooted in physicality. Defensive line coach Aden Durde implored his position group: “We have to work on our mental toughness.”

Cowboys fans need not have tuned into “Hard Knocks” to discover highlight-reel catches from Lamb, the second-year star receiver. Those blanketed Cowboys Twitter from the first week of training camp. But the show did offer new jaw-dropping angles of Lamb’s one-handed heroics, while audio captured by the NFL Films crew shed further light into how teammates perceive Lamb’s consistent spectacles.

“That’s an easy guy to throw a go ball to,” quarterback Dak Prescott says. “See, he just walks underneath them.”

“His strength is noticeable, his work he’s done, he’s added pounds,” Jones said. “You can see just in the way he snatches the ball. This guy wants to go out and make the plays. We’ve just got to use it. We’ve got to have it it in his hands.”

2. Micah Parsons‘ relentless regard of the game

For the second straight episode, Parsons aimed to fight for more preseason snaps. His 14 chances (20% of defensive snaps) against Arizona pleased him no more than his previous 11 (19%). On the sideline, the rookie doth protest.

“You said a quarter and a half,” Parsons told senior defensive assistant George Edwards. “Coach, do you not remember what you told me?”

Parsons was credited with four tackles vs. the Cardinals in addition to a beyond-the-box-score instinctive stop that aided linebacker Keanu Neal’s forced fumble and recovery. Safety Damontae Kazee goaded Parsons on the bench, further lighting the fire: “I hope your ass is done so you can get [expletive] mad.”

Also featured: a scene in which Parsons, a gamesman who actually brought his own Connect Four board to Southern California training camp, faces backup quarterback Ben DiNucci in a chess match. DiNucci ultimately won on account of what Parsons insisted was “one blunder.” The Pennsylvania boys exchanged jabs. “Against a Pittsburgh guy, I’ve never been nervous,” said Parsons, who grew up in Harrisburg. DiNucci’s winning gloat: “I guess the western Part of PA is better than the eastern part of PA, huh?”

HARD KNOCKS: 16 most memorable moments through the years

Aden Durde rejoined the Cowboys coaching staff for a second stint this offseason. But the smooth accent with which he coaches bag drills immediately gives away Durde’s roots: He is British. As Durde coaches how best to attack with a strong outside arm, Jones offers a description reminiscent of the biblical scene when Isaac assesses whether he’s speaking with his son Jacob or progeny Esau.

“That defensive line coach, I look at him and he looks like he’s from Arkansas,” Jones says of Durde from the sideline of practice. “I listen to him, and he sounds like Winston Churchill.”

Durde’s accent generates laughter from defensive linemen, including end Tarell Basham, who commits to an impersonation during the episode. A reporter asks Durde whether he’s familiar with “Ted Lasso,” an American football coach tasked with coaching an English soccer team in the popular Apple TV show. Durde said he’s not seen the show.

“But I’ve heard some people say that,” Durde adds. “I know who he is now.”

Cowboys pass rusher Azur Kamara missed the 2020 season with an injury designation. The 22-year-old Ivory Coast native fled the civil war with his family as a kid, finding refuge first in Guinea before reaching the United States and settling in Arizona. Kamara, who played college football at Kansas, is shown in the episode making contact with DiNucci during team drills – an inexcusable error, worthy of a firm Durde rebuke afterward. But during the preseason game against the Cardinals, in which Kamara’s family attends, Kamara flashes with a would-be strip sack that was negated by a false start penalty. The play counts for naught, but the instinct drew props from teammates and coaches. Kamara’s mom smiles so interminably his sister tells mother her “face is gonna hurt.”

WHOSE STOCK IS UP, DOWN? NFL preseason Week 1 winners, losers

The Cowboys progress through this episode toward answering the biggest question of training camp: Dak Prescott’s health. The quarterback slowly returning from a latissimus strain in his throwing shoulder resumes throwing in individual drills. Like in Episode 1, restrictions do not please him.

“Enjoyed the work man,” Prescott says after one session return, with a trace of bitterness. “I’m done, they pulled me. They pulled me. I’m on a pitch count. They called in the reliever.”

Prescott explains in detail how he instead embraces mental reps, envisioning his targets and adjustments while supervising team drills.

In the meantime, backups like DiNucci – whose swag, or lack thereof, Prescott decries – aim to capitalize on opportunities. Developing young players is a key of the preseason after all, McCarthy reiterates following the Cowboys’ preseason loss to the Cardinals.

“I love the way you fought tonight … particularly the young guys who played a ton of football,” McCarthy said in the postgame locker room. “Obviously we made some mistakes. We’ll be better for it, OK?

“It’s about winning, we understand. We’ll get that.”

If you enjoy talking football, we have the perfect spot for you. Join our Facebook Group, The Ruling Off the Field, to engage in friendly debate and conversation with fellow football fans and our NFL insiders. Do the right thing, sign up now!