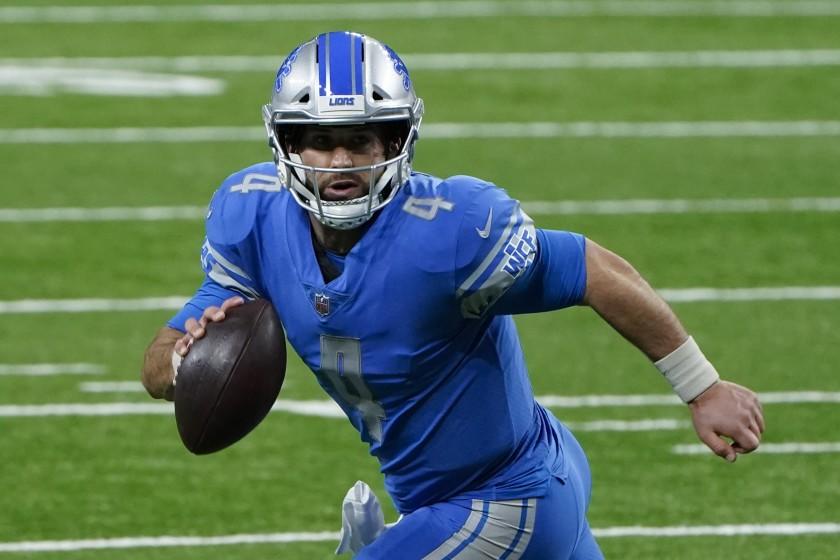 The Chargers are adding Chase Daniel, a player they hope sees no meaningful snaps in 2021.

The veteran agreed to a contract — for one year, according to ESPN — to be quarterback Justin Herbert’s backup.

Daniel, 34, is entering his 12th NFL season and will be joining his sixth team. He spent 2020 with the Detroit Lions, who released him this month.

Undrafted out of Missouri, Daniel has appeared in 69 games with five starts. He never has started more than twice in any one season.

The Chargers hope that streak continues in 2021, which would mean good health for Herbert, the NFL’s reigning offensive rookie of the year.

The only other quarterback on the roster is 2019 fifth-round pick Easton Stick, whose NFL experience is limited to one game and two snaps.

Though he never has been a No. 1 quarterback in the NFL, Daniel is considered a valuable option given his extensive experience. The Chargers no doubt believe his presence can only help in Herbert’s development.

To understand how much Daniel has been worth, he has career earnings of more than $37.8 million, according to Spotrac.

Daniel also has played for New Orleans, Kansas City, Philadelphia and Chicago. With the Saints, he worked with Joe Lombardi, the Chargers’ new offensive coordinator.

He spent 2018 with the Bears, whose outside linebackers coach that season was Brandon Staley. The Chargers hired Staley to be their head coach in January.

Tyrod Taylor, Herbert’s backup for most of last season, joined Houston this month via free agency.