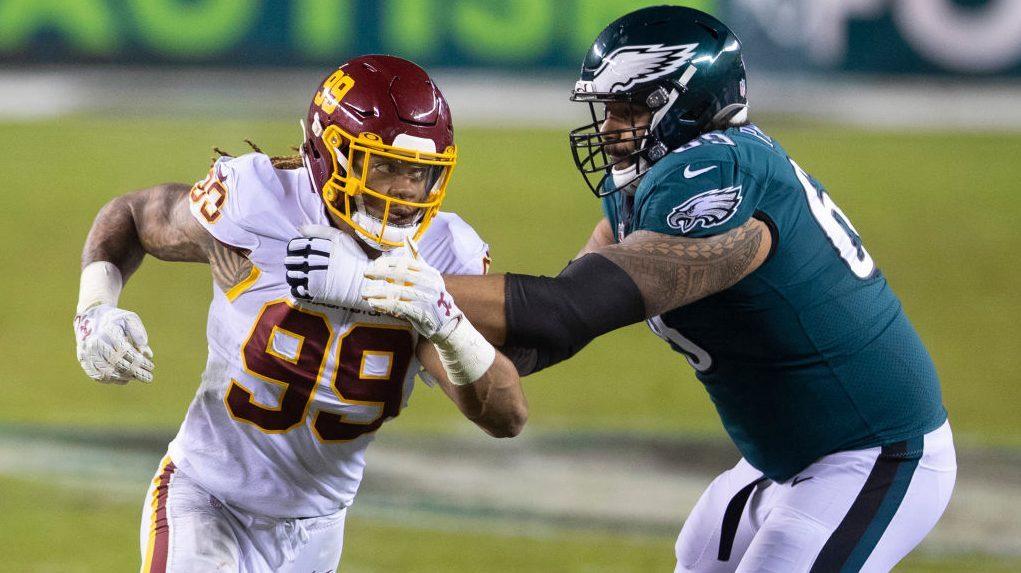 Chase Young had an impressive rookie season with the Washington Football Team in 2020. But heading into his second season in the NFL, Young has some lofty goals set for his unit this fall.

“You’ve got to have a vision,” Young said, via Michael Phillips of the Richmond Times-Dispatch. “You’ve got to be working towards something. It’s called manifestation.

“I feel like, if you look on paper, we can be, you know, the top defense in the league. Now we’ve just got to do it. We’ve got to put it on the field. That’s just every day working and holding each other accountable.”

It’s not an unreasonable ask by Young given the performance of the Washington Defense last year. Washington ranked second in the league in total defense, trailing only the Los Angeles Rams, and fourth in the league in scoring defense behind the Rams, Baltimore Ravens and Pittsburgh Steelers. They were also sixth in sacks with 47.

With four first-round picks on the defensive line in Young, Jonathan Allen, Da’Ron Payne and Montez Sweat, another defensive first-round pick in linebacker Jamin Davis, the return of Landon Collins at safety and the offseason signing of William Jackson III at cornerback, there’s no questioning the talent on the defensive side of the ball for Washington. Additionally, with a year under their belts in Ron Rivera and Jack Del Rio’s defense, the comfort with the defense will be heightened as well.