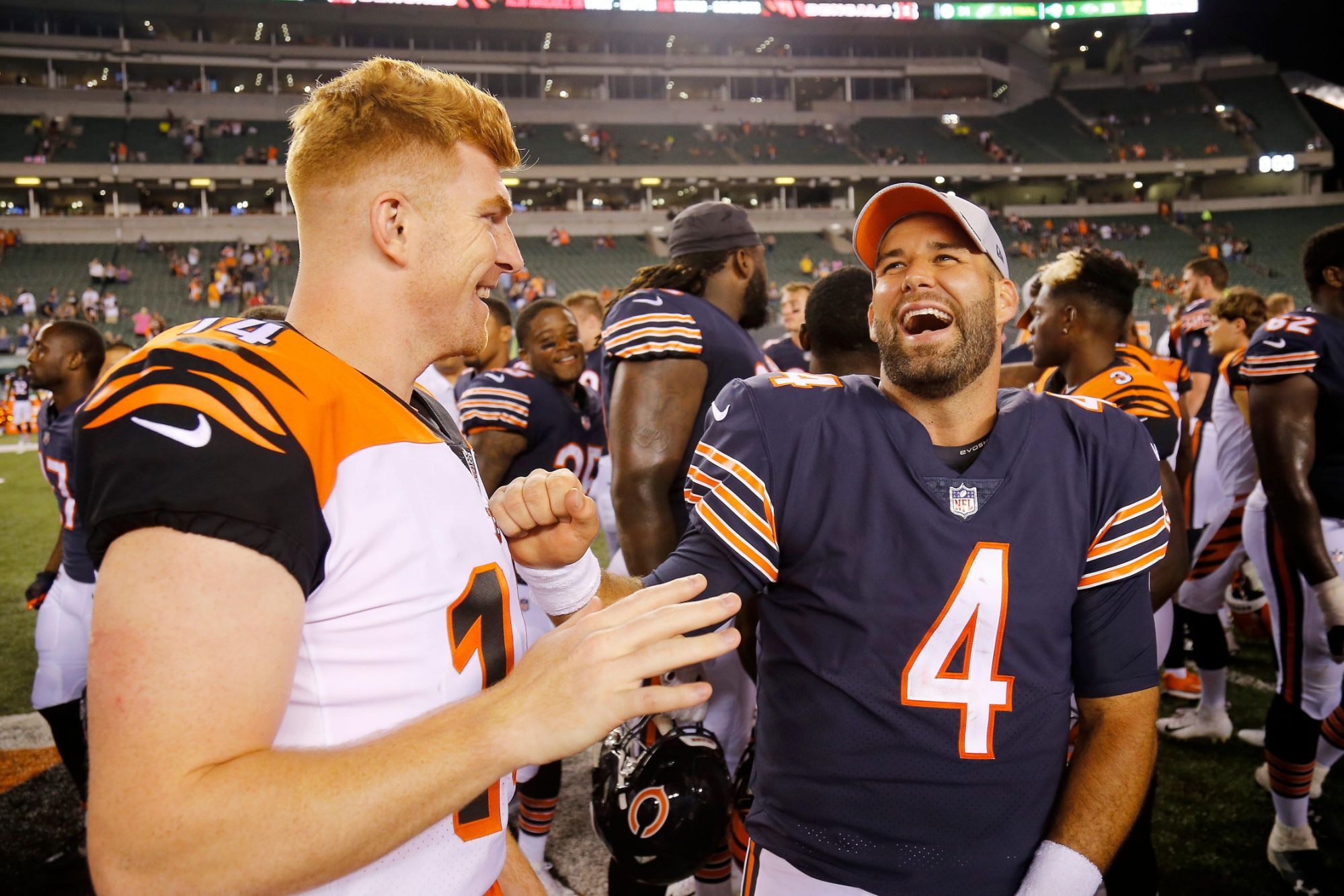 Long-time Cincinnati Bengals starting quarterback Andy Dalton, who entered this offseason as a free agent after playing last season with the Dallas Cowboys, told reporters last week that one of the reasons he wanted to come to Chicago was that the Bears told him he will start for them.

The Bears made that clear on Wednesday night with a tweet that showed Dalton wearing a Bears uniform and the words “QB1”.

Last Wednesday, the team announced that Dalton had agreed to terms on a one-year deal.

Dalton’s deal was for $10 million with the chance to earn another $3 million in incentives, according to a report last week from ESPN’s Adam Schefter.

The Bears are scheduled to face the Bengals in Chicago during the 2021 season. Dalton and the Cowboys routed the Bengals, 30-7, in December.

Dalton, who signed a one-year deal with the Cowboys last May, started nine of the 11 games in which he played last season, completing 216 of 333 attempts (64.9%) for 2,170 yards with 14 touchdowns and eight interceptions.

The Bengals’ starting QB from 2011 to 2019 trails only Ken Anderson among Cincinnati’s all-time leaders in passing yardage.

DeAngelo Hall said last week on NFL Network that he thought Tyrod Taylor would’ve been a “much better upgrade over Andy Dalton” for the Bears.

Another of Dalton’s receivers in Cincinnati, Marvin Jones, signed a two-year, $14.5 million deal with the Jacksonville Jaguars after spending the past five seasons with the Detroit Lions.

Earlier this month, NFL.com analyst David Carr wrote that Dalton was among the top 10 quarterbacks worth pursuing via free agency, 2021 NFL Draft or trade. Dalton, who will turn 34 in October, ranked 10th on Carr’s list.

ESPN’s Ed Werder tweeted one year ago that the Bears were focused on acquiring Dalton or Nick Foles. They traded for Foles two weeks later.

This article originally appeared on Cincinnati Enquirer: Chicago Bears tweet photo that makes it clear that Andy Dalton is QB1