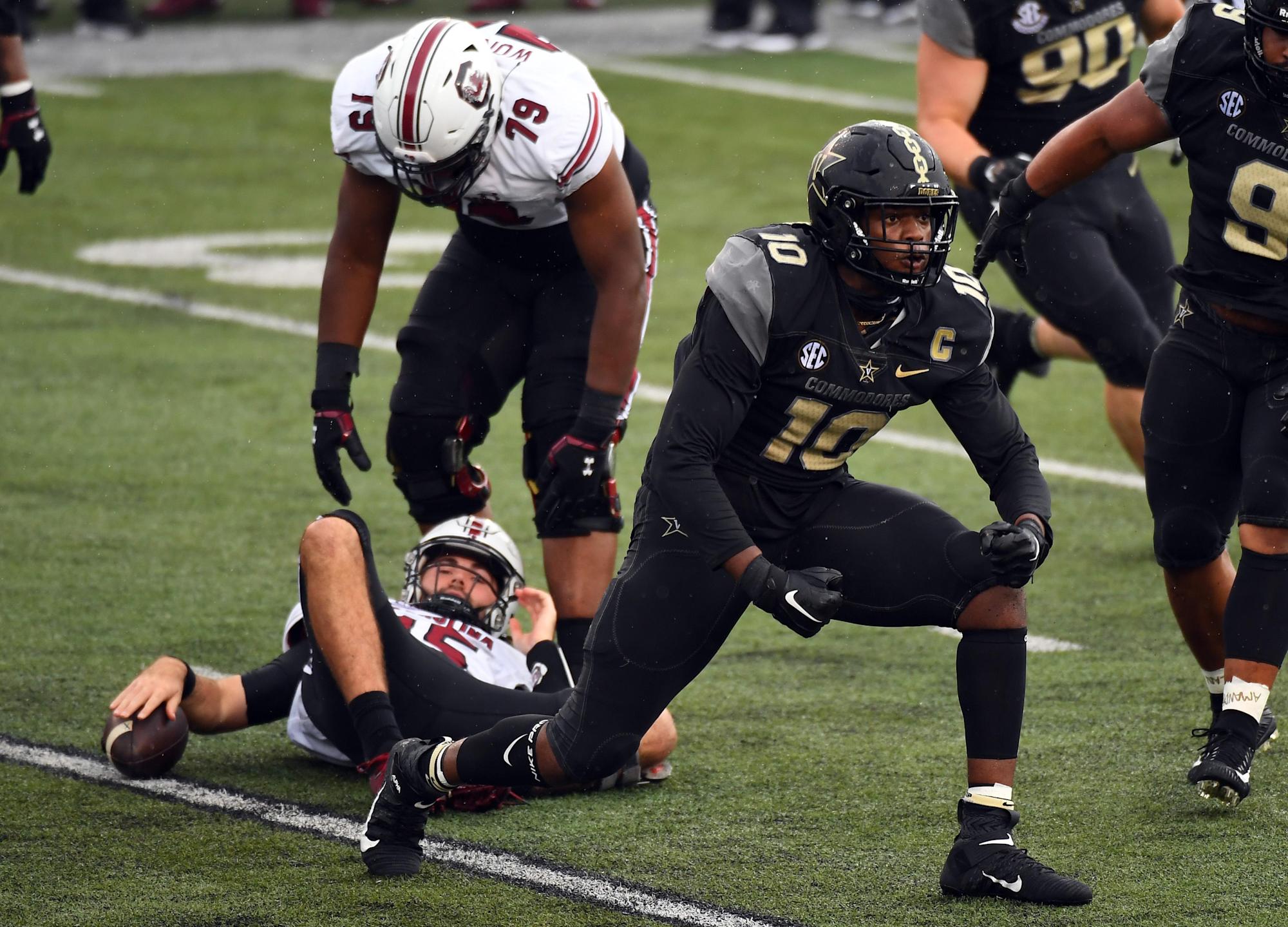 The Indianapolis Colts used their second-round pick in the 2021 NFL draft on defensive lineman Dayo Odeyingbo fully knowing they won’t get the full version of his skill set in 2021.

Ballard has never been a general manager who shies away from patience if they believe a player has a difference-making ceiling. When it comes to Odeyingbo, the Colts believe he has that kind of potential but also acknowledges the need for patience due to his Achilles rehab.

Zak Keefer of The Athletic wrote in his takeaways from the media film session that Ballard believes the payout with Odeyingbo could be huge.

“As for injury questions, he gets it. Ballard acknowledged the team probably ‘won’t see the real, 100 percent Dayo this year, because of the Achilles,” wrote Keefer. “But they do, without question, expect him to return and see snaps at some point in 2021, worst-case as a third-down rusher in the Colts’ nickel defense. November seems like a safe bet at this point, but there’s no guarantee.”

Odeyingbo brings plenty of length and explosiveness to the front. He must continue developing his counters as a pass rusher but the foundation is there athletically to where he can be a high-impact player depending on his role.

Having Odeyingbo line up opposite of first-round pick Kwity Paye is the plan for the Colts in 2022.

“More than anything with Odeyingbo, Ballard felt the payoff down the line would be worth it,” Keefer wrote. “Lining up him on the left and Paye on the right — the pair could become the face of the Colts’ pass rush for a long time in this city.”

Odeyingbo doesn’t have a timeline for his return from the Achilles tear he suffered in January, but they expect big things in 2022 from the Vanderbilt product.