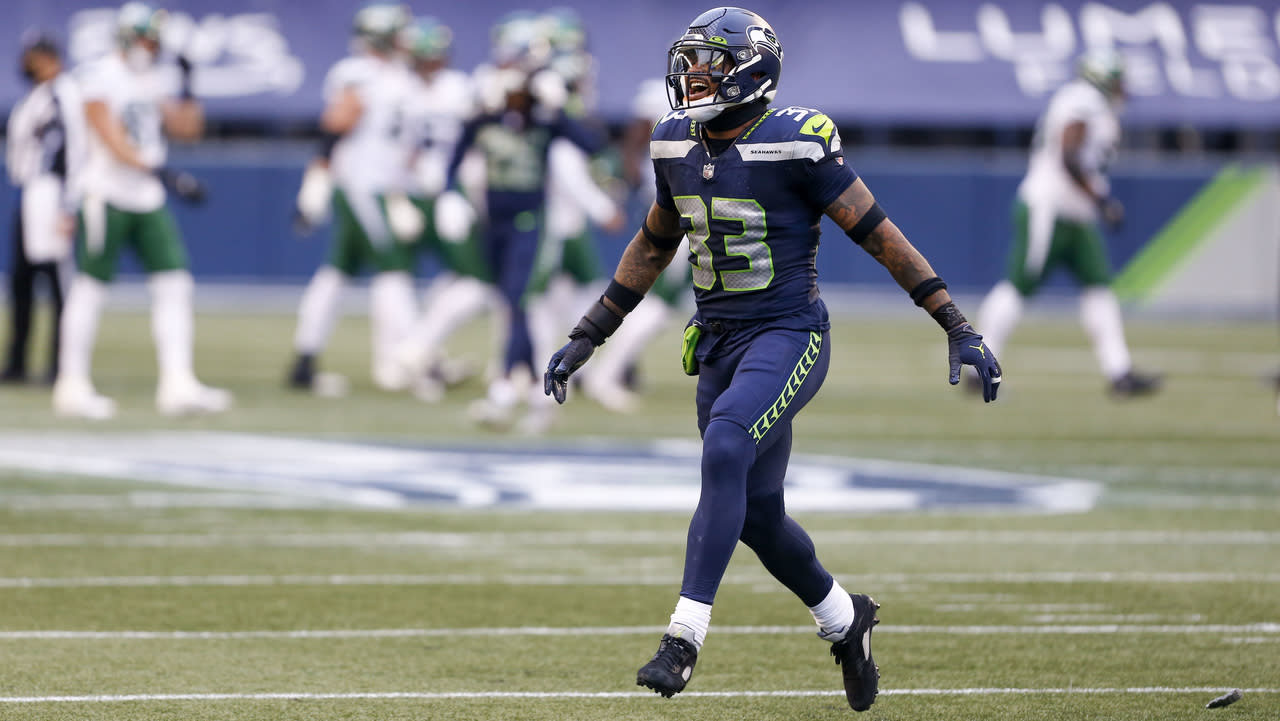 The topic of Seattle’s superstar safety will surely be discussed during Pete Carroll and John Schneider’s pre-draft press conference. To this point in the offseason, with the 2021 NFL Draft less than one week away, it has been crickets as to whether or not the two sides are working on a record-setting deal.

That doesn’t mean it’s not happening. Negotiations could be happening behind closed doors without any leaks. But the longer this drags on, the bigger the storyline becomes. That’s because it would be a shock if Adams plays a single snap on his fifth-year option in 2021.

On a recent episode of the Talkin’ Seahawks Podcast, Rob Staton of BBC Sports and seahawksdraftblog.com made the case for why Seattle should trade Adams as soon as possible.

On this week’s episode of the podcast, Chris Simms took his stance on the other side of the argument, saying he would be more than willing to pay Adams upwards of (if not more than) $18 million per year.

“Yeah, I would. Jamal Adams, for my money, is still one of the best defensive players in the NFL,” Simms began. “I think he fits the culture of how they want to play defensive football up there. For that scheme itself, it’s such an important position. I know it wasn’t perfect last year. He certainly messed up and made some mistakes here and there. He won’t do that again. He’ll have another year of understanding the system, and, as I tell everyone, with special safeties, they ask him to do things that other safeties in football do not get asked to do.

“You going to fail at some of those aspects. Oh, you’re covering Stefon Diggs down the middle of the field running a 30-yard cross route? He wasn’t put on earth to do that, but he can do that because he’s that special of a guy. It’s not perfect for him, but that’s how special the player is. For me, when you consider the assets they traded to get him, get (a deal) done. He’s too good of a player, and I think he has a lot of good years left in his career to really help the football team out.”

Adams had an immensely productive first season in Seattle in 2020. Despite missing four games due to a groin injury and playing through a pair of hurt shoulders and a broken finger, Adams still managed to set an NFL single-season record for sacks by a defensive back with 9.5 He had 11 total tackles for loss, 83 tackles, 14 quarterback hits, three passes defended and a forced fumble.

The Seahawks have just three picks in the upcoming NFL Draft due in large part to the blockbuster deal to acquire Adams that cost the team its 2021 first- and third-rounders. If the Seahawks intend on trading Adams, it makes sense to do so prior to the draft in order to recoup some immediate capital. Letting the draft come and go would seemingly indicate that the Seahawks plan to keep him long term.

Until we know for sure, we will all keep waiting patiently (some more than others, no doubt) to find out.