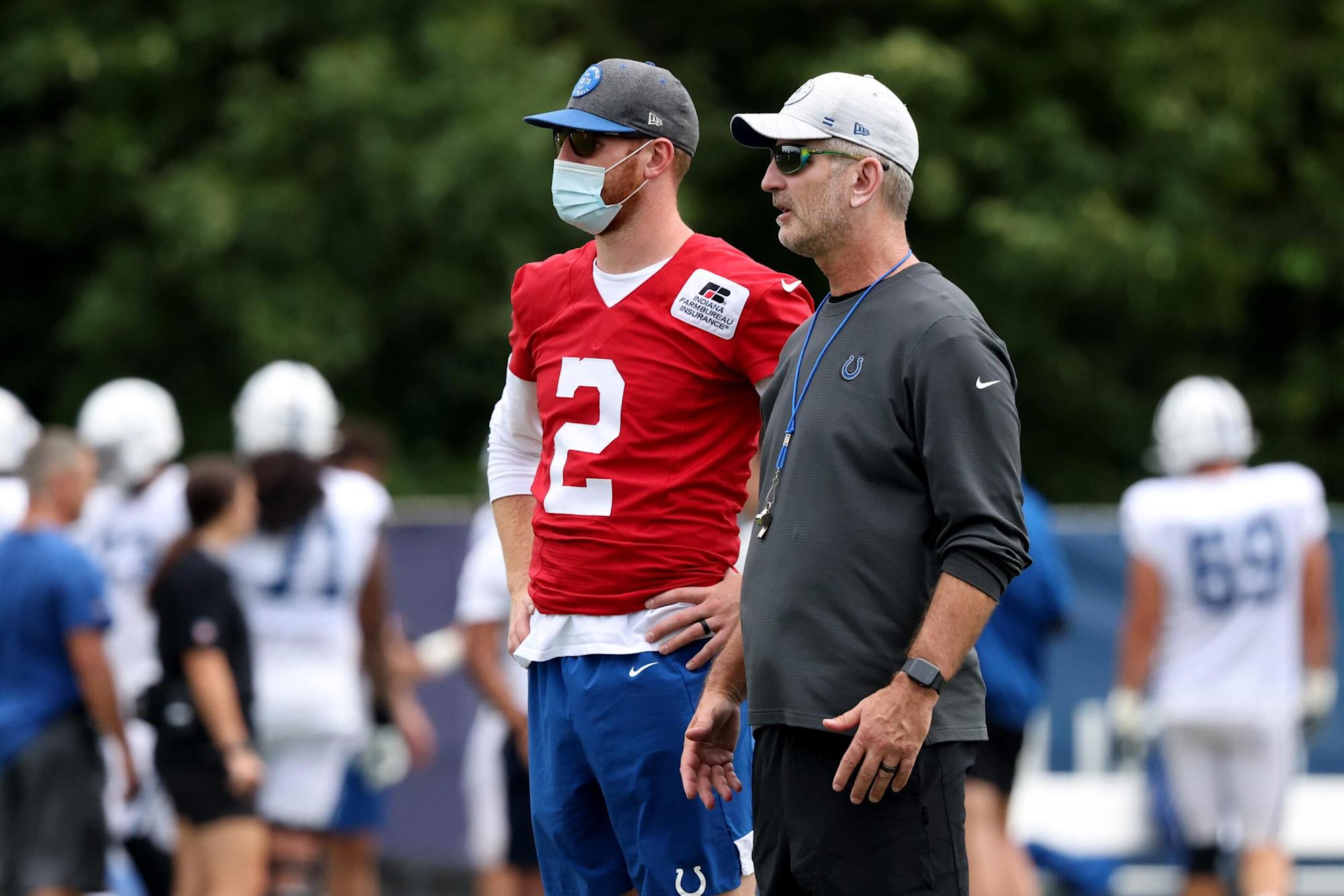 Indianapolis Colts quarterback Carson Wentz and left guard Quenton Nelson are still working through their rehabs following foot surgery, but the team feels comfortable with where they are in the process.

Though head coach Frank Reich avoided putting a timetable on their respective returns, he did say he was encouraged by where they are at this point in the recovery process when speaking to the media on Monday.

“What I would say would be this, like you said, we’re at the two-week window. We feel good about where we’re at, at the two-week window. You know what I like to say about these kinds of things is, I don’t see the advantage of me trying to project that out,” Reich said Monday. “I can just tell you we feel good about where we’re at right now. I think that’s the main thing. I think Carson and Q (Quenton Nelson) have done a good job in the rehab process with the right mentality getting the work done that they need to get done and I think it’s all been good.”

When Wentz and Nelson initially underwent the foot surgeries, Reich noted that the team would know more about the timeline for return after about the two-week mark. We have finally hit that time in the process, but Reich didn’t give a specific timeline.

With Wentz out, the Colts have been leaning on their young quarterbacks in Jacob Eason and Sam Ehlinger, both of which made their NFL debuts in the preseason opener against the Carolina Panthers on Sunday.

It was an encouraging showing for the young duo.

“Yeah most of the time. Most of the time it was good. There’s a few times no but that’s to be expected. It’s hard to grade out 100 percent. I think we can get better, but I think they did a good job with their eyes, with their progressions,” Reich said of Eason and Ehlinger. “The standards are pretty high, we push the guys pretty hard, and they want to be perfect themselves. So, there’s definitely some areas that we can get better.”

This will certainly be a storyline to keep an eye on throughout the preseason, but it’s at least encouraging that the Colts feel good about the timelines of Wentz and Nelson.

However, it still remains a waiting game until we get more specific information.