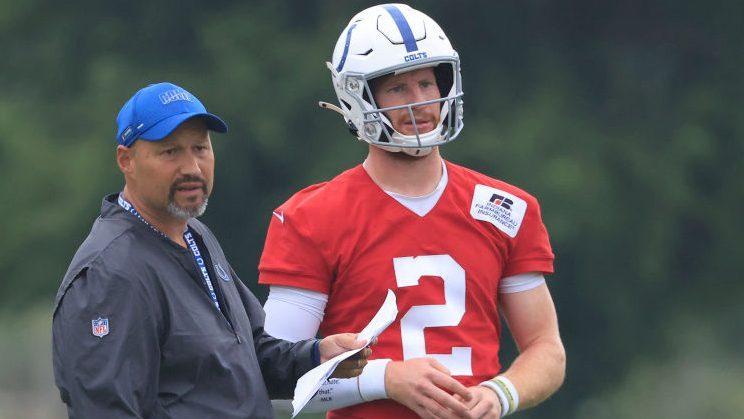 Colts quarterback Carson Wentz is out of practice with a foot injury, and the Colts don’t know when he’ll return.

Colts defensive coordinator Matt Eberflus, who is handling some of the head-coaching duties after Frank Reich tested positive for COVID-19, said today that it remains to be seen when Wentz can return.

Wentz reportedly could need surgery that would put his availability for Week One in jeopardy. With the uncertainty surrounding Wentz, the Colts signed free agent quarterback Brett Hundley today.