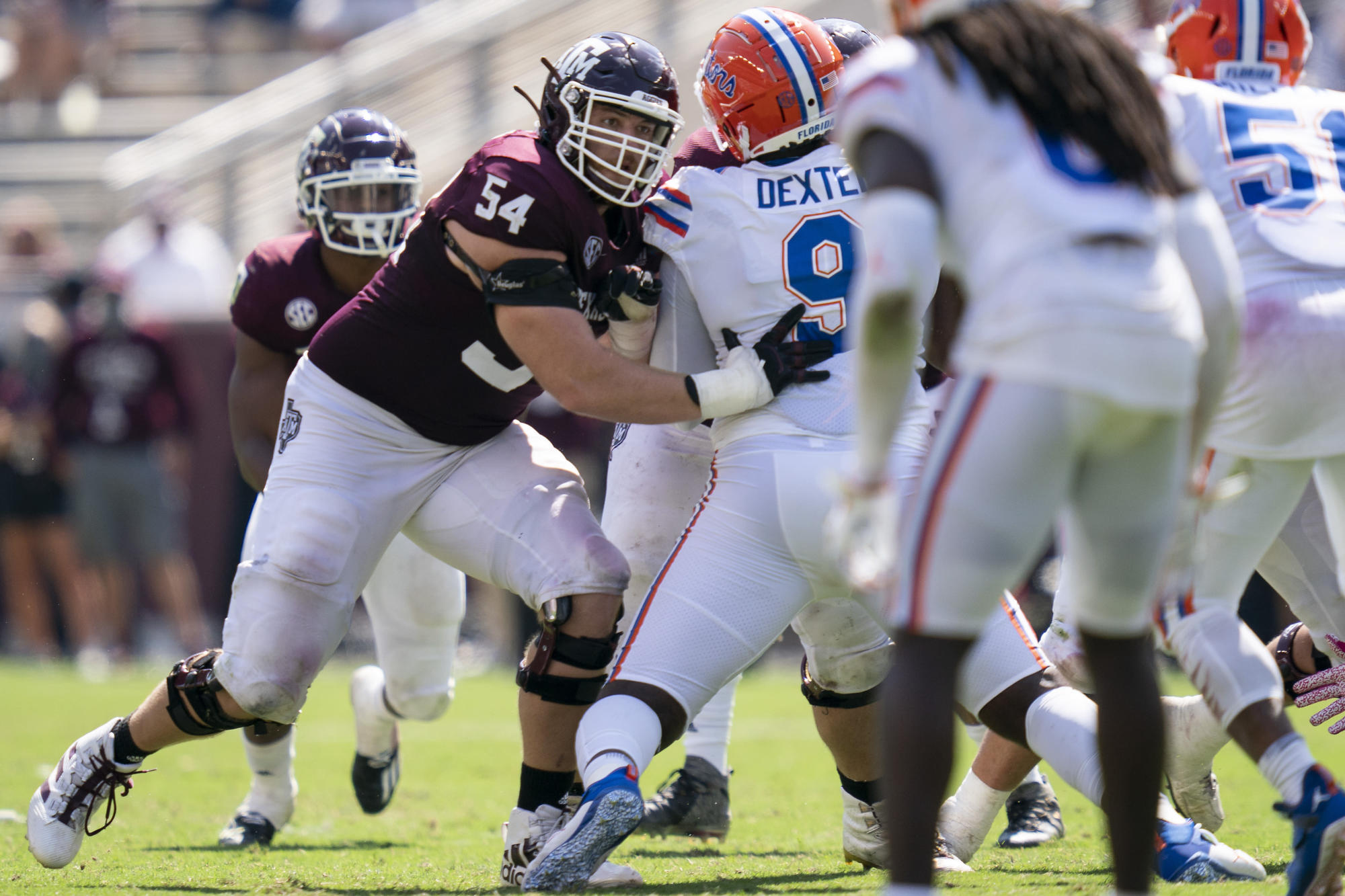 Green is projected to be a Day 3 pick but offers intriguing size and length for the Colts to consider with one of their final picks. He tested as a solid athlete at his pro day with Texas A&M, recording an 8.29 RAS.

This is a scouting report on Green from Dane Brugler of The Athletic: “A four-year starter at Texas A&M, Green was entrenched at right tackle in head coach Jimbo Fisher’s spread, pro-style scheme. He broke into the starting
lineup as a freshman and started 39 straight games to finish his career, taking home All-SEC honors as a senior. Green is coachable, smart and tenacious, blocking with the competitive edge that matches or exceeds his opponent. He has the lock-on strength to anchor with his hands but must keep his feet beneath him and improve his leverage to answer the power of NFL defenders. Overall, Green’s technique tends to break down vs. edge speed, but he has the physical hands, core strength and awareness to make an NFL roster. He projects as a backup guard or possible swing tackle.”

Green was a team captain in 2020 and attended the Senior Bowl, which we know is a big deal for

The Colts need obvious help at left tackle and it’s unlikely they will wait until the sixth round to address that, but he meets plenty of criteria that Chris Ballard looks for in his offensive tackles.