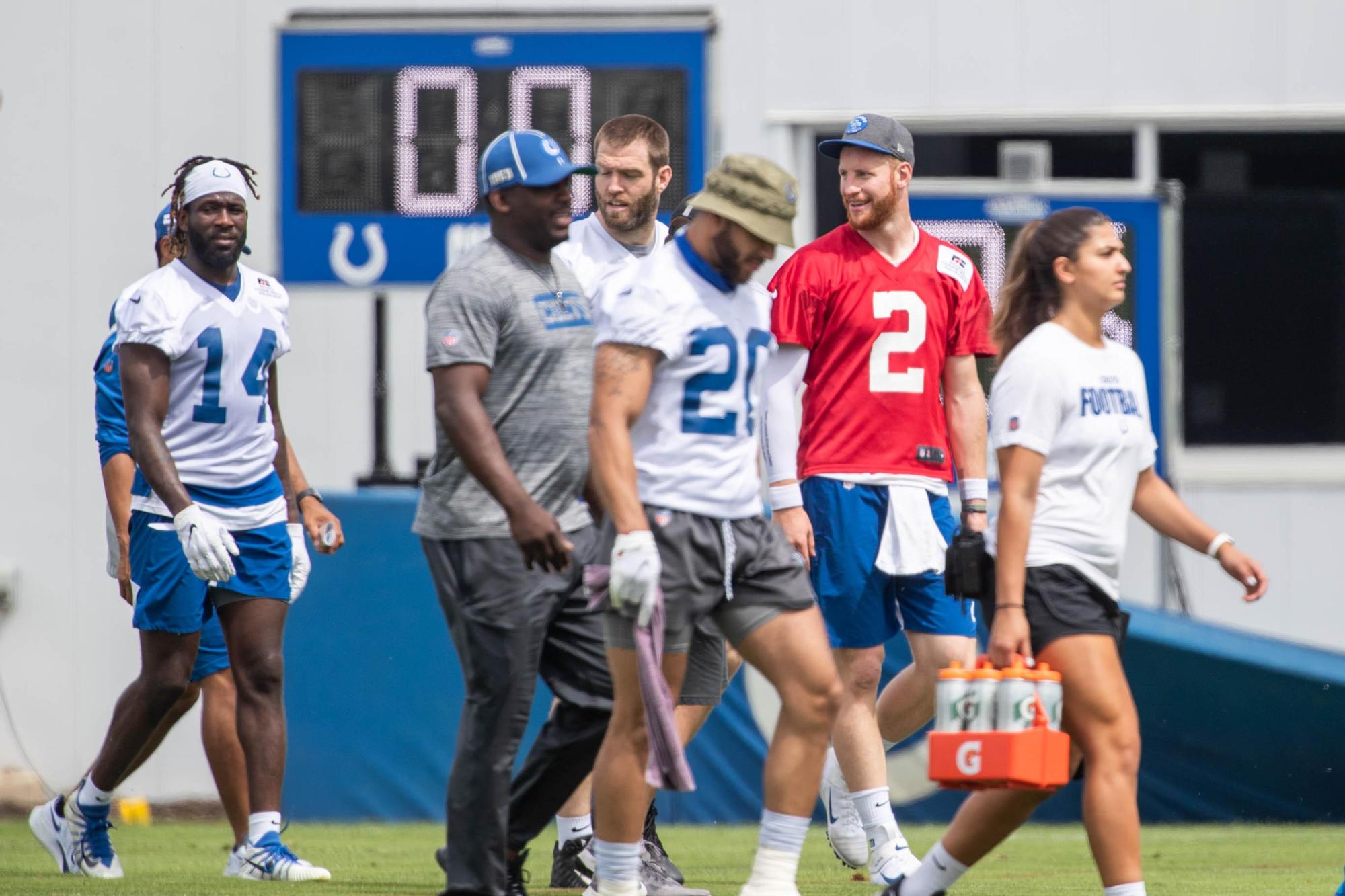 Pro Football Focus ranked the Indianapolis Colts roster as a middle-of-the-pack team entering the 2021 season, coming in at No. 14 in the NFL.

As a part of the ranking, Pro Football Focus went through each team’s biggest strengths, weaknesses and X-factor for the upcoming campaign.

“Biggest strength: Offensive linemen aren’t supposed to dominate the way Quenton Nelson has to begin his NFL career. PFF’s wins above replacement metric recognizes him as the most valuable offensive lineman in the league since he was drafted in 2018, beating out the likes of Zack Martin and Ryan Ramczyk. Nelson is the centerpiece of one of the better overall offensive lines after the Eric Fisher addition helped solidify the left tackle spot. Indianapolis has PFF’s second-ranked offensive line entering the 2021 season behind only the Browns.

Biggest weakness: Rock Ya-Sin has struggled with up-and-down play to begin his NFL career, and last season, there were more downs than ups. Ya-Sin finished his 2020 campaign with a 48.2 coverage grade, and penalties have been an issue throughout his first two seasons. He ranks among the top 10 cornerbacks in the league in accepted penalties since 2019. No signs of improvement early this season could allow Marvell Tell III to compete for a starting job outside after opting out of the 2020 season.”

Those should come as no surprise. The offense will be leaning on the offensive line to be the engine of the unit. It will fuel the rushing attack while keeping new quarterback Carson Wentz upright as much as possible.

For the X-factor in 2021, defensive end Kemoko Turay got the label from Pro Football Focus.

“X factor for 2021: Kemoko Turay got out to a tremendous start to the 2019 season, recording 14 pressures on 61 pass-rushing snaps before an ankle injury prematurely ended his year. That same ankle injury lingered into 2020. As a result, Turay was only able to play 104 snaps this past season without the same kind of explosion he showed prior to the injury. He’ll have an opportunity to take on a larger role in 2021 due to the losses of Justin Houston and Denico Autry.”

The pass rush is a big key to the Colts’ success in 2021. If they can get their edge rushers going, it will lead to much more consistent play from a defensive unit that has a lot of upside for the upcoming year.

Carson Wentz predicted to be Colts’ MVP in 2021

Chris Ballard: More Colts players have been getting vaccinated

Carson Wentz has ‘new passion for the game’ after joining Colts