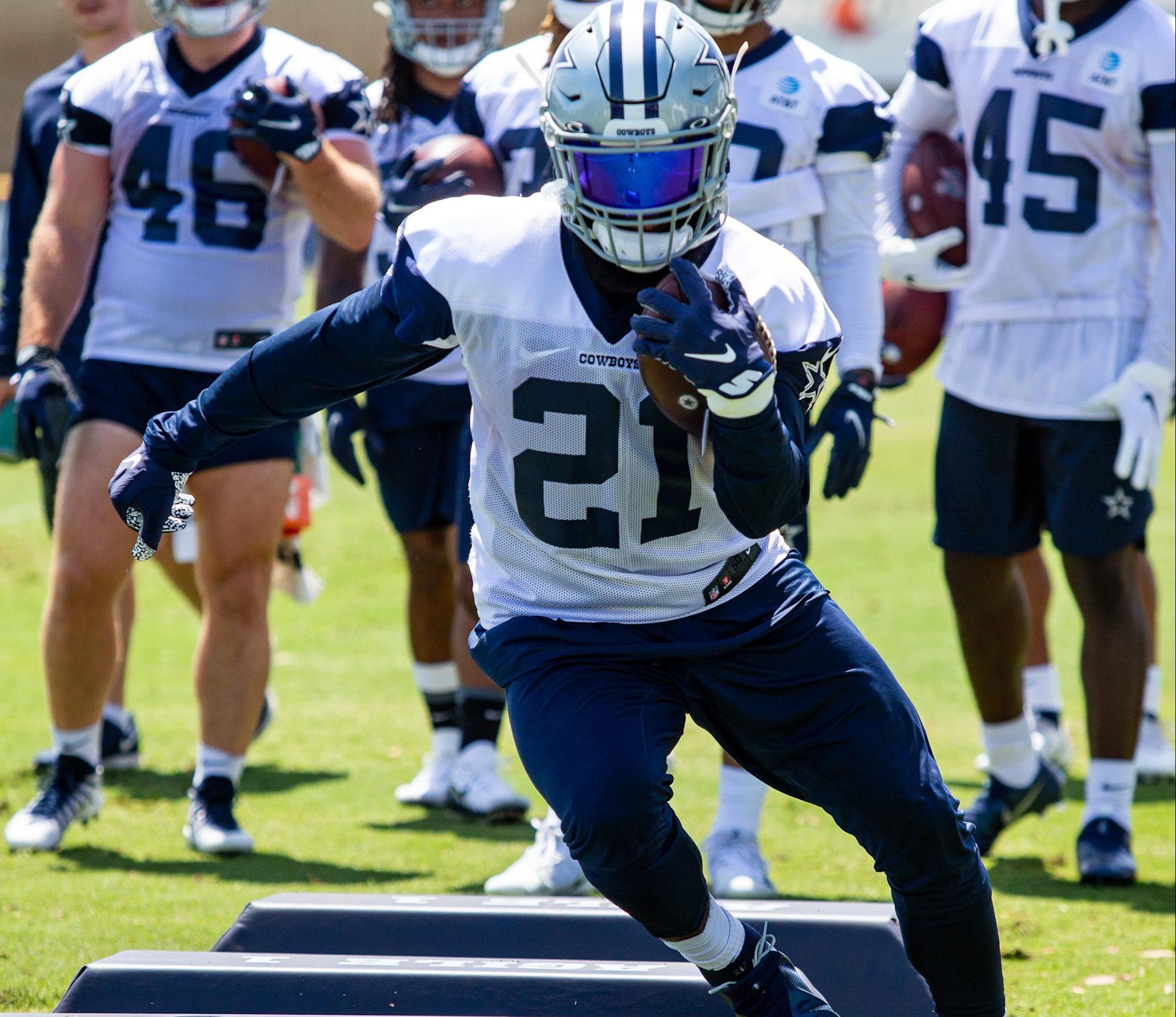 Ezekiel Elliott had his worst season as a professional in 2020 with a career-low in rushing yards (979) and yards per rush (4.0). He’s worked relentlessly this offseason sculpting his frame to be leaner, and he’s also put in time over the last several months with running backs guru Josh Hicks to improve his quickness and agility in preperation for the Dallas Cowboys’ coming campaign.

The former Ohio State Buckeye hasn’t just worked on his diet and having quicker feet, he’s been determined to fix a glaring issue, fumbling the football. Elliott tied a career-high with six fumbles last season, and when asked what his top priority was in 2021, not fumbling was at the top of the list.

“Number one fumbling the ball,” Elliott said, via the team’s website. “I’ve never been a fumbler. When you carry the ball, you kind of carry the whole hope of the whole team, organization, and fan base. If you cough it up and give it to the other team, you’re letting everyone down so I mean that’s the No. 1 thing that’s my focus this year is protecting the ball.”

Elliott averaged three fumbles a season in his first two years on the professional level. Since 2018, that number has gone up to five fumbles a season, and Elliott gave insight as to why that is after the Cowboys first training camp practice on Thursday.

“I think a lot of it is, which is hard, I’ve had to battle a wrist injury and I’ve always carried the ball in my left hand so I’m running to the right or I’m running to the left and I’ve got my right hand I’m leaving myself exposed,” Zeke said. “That happened a couple of times. A lot of times I got loose with it, trying to make a move and let it get away from my body. But, I mean, repetition and focusing on keeping the ball close to my body and keeping it tight and just practice. That’s all it’s going to take.”

The Cowboy’s bell-cow runner had a lot of things going against him last season. He was without Dak Prescott for 11 games which put more of the focus on him for opposing defenses with the lack of a threat in the passing game. Elliott’s top three offensive linemen missed 36 games combined, and he had a calf injury that be battled at the tail end of the season.

Elliott isn’t letting himself off the hook though and realizes that ball security is vastly important.

“It’s my job to make sure I don’t fumble it,” Elliott said. “I’ve just got to focus on that every day and just continue to work hard at it and fix it. It doesn’t matter.”

Elliott’s first four seasons produced two rushing titles, another year in which he was No. 1 in yards per game, and he finished in the top four in several categories in the first season of his six-year, $90 million deal. That set a high standard for Elliott, which he didn’t reach in 2020, but he’s ready to have a bounce-back campaign this season.

“Prove it to myself. I do it for my teammates,” Elliott said. “I think the hardest part about last year is you feel like you let your teammates down. That hurts. I want to make sure I put my best step forward and do everything I need to do to help this team win.”

Elliott has been on the grind to get back to the level everyone has become accustomed to seeing from him. Some feel he can’t get back to the player he once was. However, that could be the fuel he needs to have a successful season.