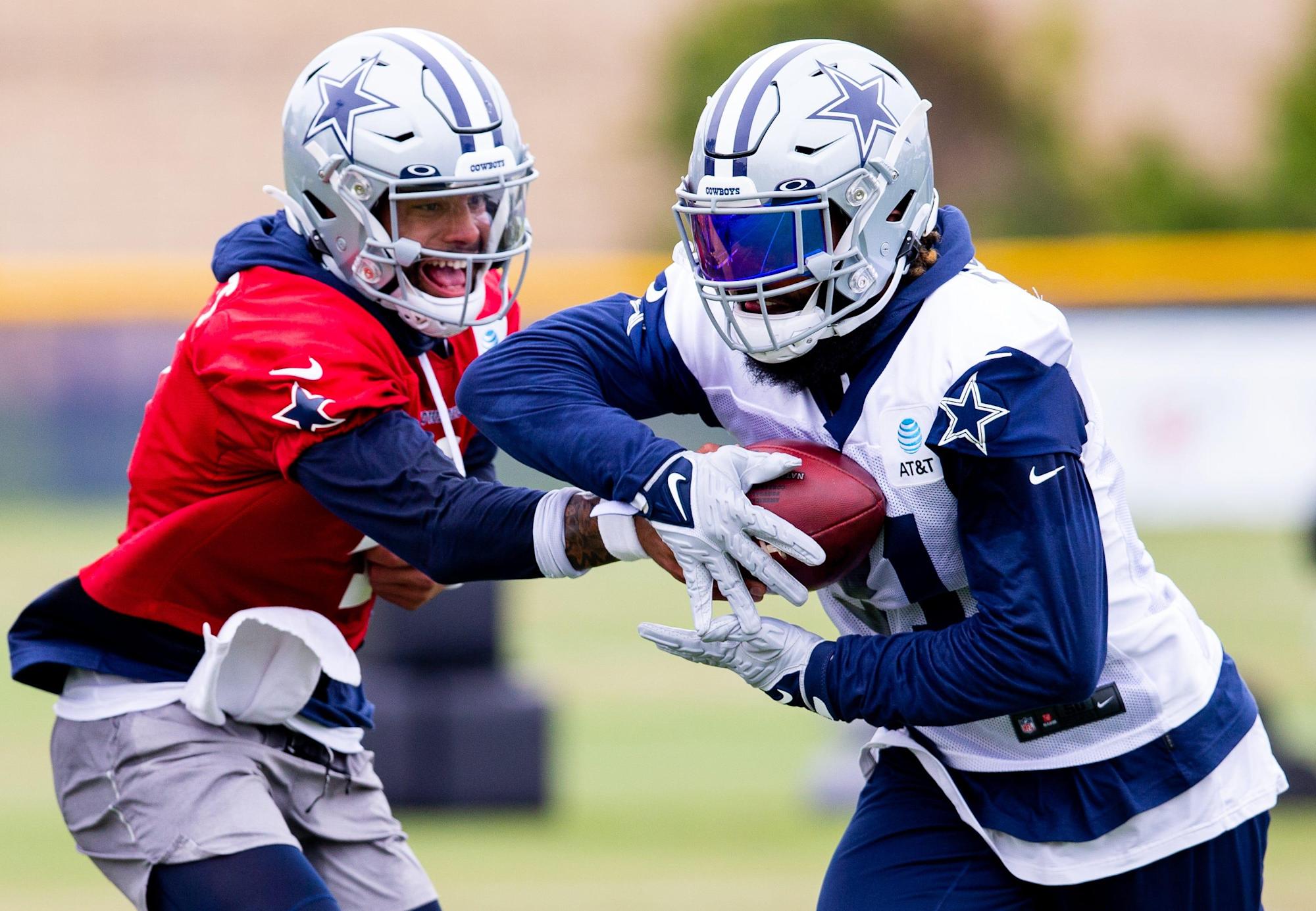 “It was good to catch up with him,” Aikman said afterward Sunday afternoon. “I hadn’t been able to talk to him in quite a while.”

The Cowboys icons traded takes on finance and football, including an outlook for the team running two-minute drills on repeat beneath them. Aikman’s expectations for the Cowboys’ 2021 season?

“I think they’ve got a chance to be really good, I really do,” Aikman said. “Offensively, I expect them to be as explosive as anyone in the game.”

COWBOYS: Jimmy Johnson opens up on relationship with Jerry Jones

“I know last year’s defense was not that good and there’s some concerns there,” Fox’s lead NFL color analyst explained. “Until they show it on the field, there’s going to be those questions. But I believe the players they have—I hate to say if they stay healthy, that’s true for all teams—but if the players they have can play to the ability we know they can, then I think they should have plenty of defense to complement an explosive offense and win a lot of games.”

The Cowboys allowed 29.5 points (28th in league) and 386.4 yards (23rd) per game as they set historic lows for the franchise last season. But they’ve since drafted eight defenders and signed free-agent defensive linemen, emphasizing side, speed and playmaking ability. Dallas will look to additions including first round linebacker/pass rusher hybrid Micah Parsons to help support the league’s second-worst run defense in 2020 (158.8 yards per game).

Prescott rejoined 7-on-7 and scrambling drills during OTAs in the spring and he took part in 11-on-11 drills with a live pass rush for the first time last Thursday. The Cowboys will begin padded practices on Wednesday and compete in their first preseason game Aug. 5. Prescott and head coach Mike McCarthy anticipate he’ll receive preseason snaps at some point, the first hit one more step along his road to recovery. But Aikman doesn’t seek further proof to confirm Prescott’s ankle stability.

“He knows now, he absolutely does,” Aikman said. “He knows whether or not it’s 100% and it can hold up. Like I said, he’s got a lot in there: steel rods, a plate and everything else.

“He may break his leg, but it won’t be where the break was last year.”

Add in rare leadership qualities for the sixth-year pro, and Aikman was on board with the four-year, $160 million extension that the Cowboys awarded Prescott in March.

“I put him in the category of a handful of players in the league as far as (leadership) goes, what he represents for this organization, for our league, the type of person he is, the type of teammate he is,” Aikman said. “I was telling Jerry when I was visiting with him that I really haven’t been around that many players either as a broadcaster or as a player myself who carry themselves the way he does. I think the Cowboys are really fortunate to have someone like him representing the team.

“I expect him to really have an outstanding season.”

This article originally appeared on USA TODAY: Dallas Cowboys’ offense can be ‘as explosive as anyone,’ Aikman says