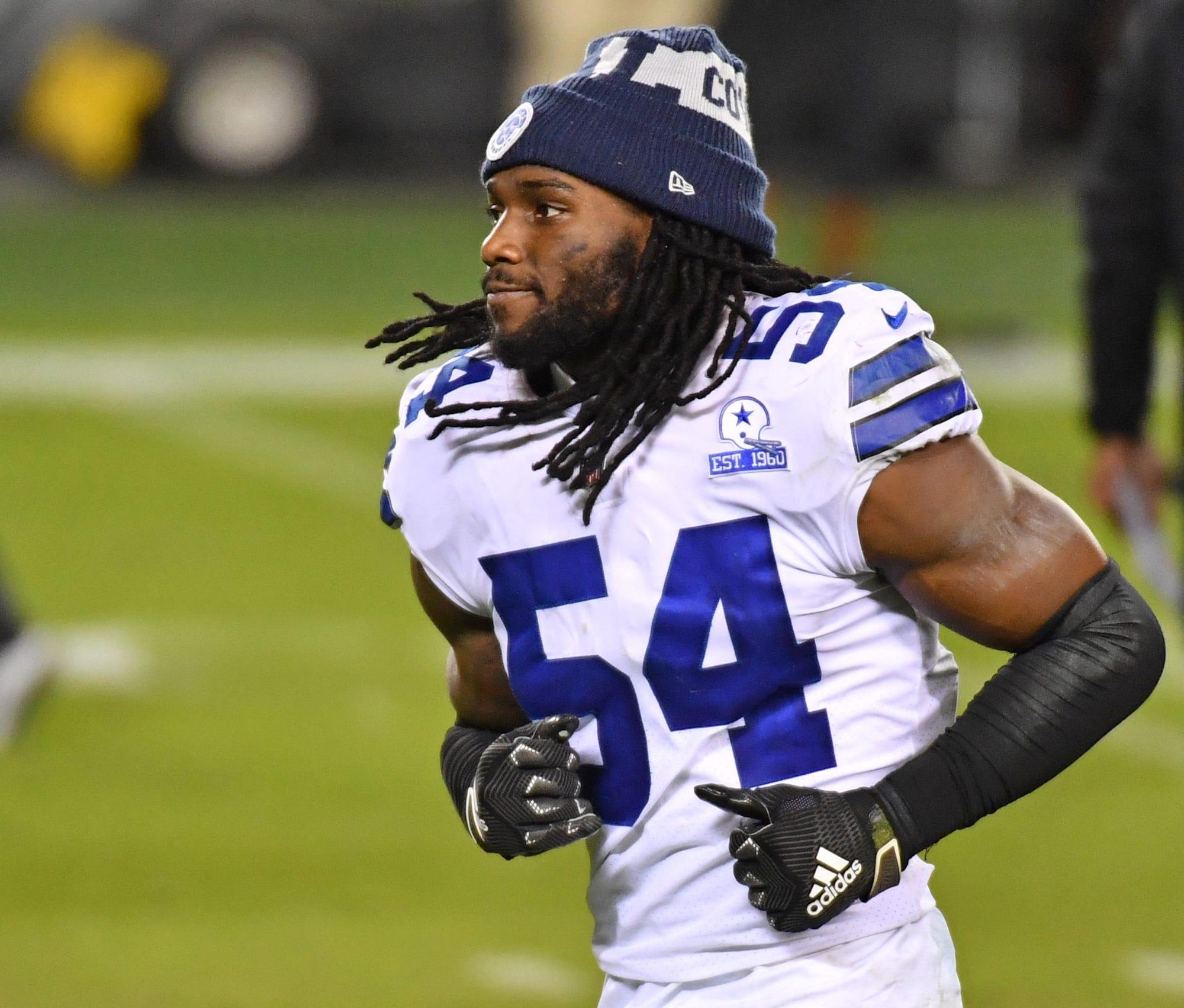 FRISCO, Texas – For the first time since 2016, a Dallas Cowboys player will wear a No. 9 jersey.

Linebacker Jaylon Smith, who’s worn No. 54 since entering the NFL in 2016, is capitalizing on the league’s decision to relax which numbers are available to players by position. His return to No. 9, which he wore through college, also now links him with the four-time Pro Bowl quarterback who last had it: Tony Romo.

“It’s a blessing and an honor to be able to carry on the 9 legacy,” Smith said Tuesday after Dallas’ second OTA practice. “Tony Romo did an amazing job of just being elite and putting together great success for the Cowboys franchise. … That’s the opportunity that the Jones family granted me with wearing No. 9.

“So it’s definitely a blessing.”

Linebackers were previously restricted to numbers 40 through 59 and 90 through 99. NFL owners approved a change last month to add 1 through 39 as options for the position.

The Cowboys selected Smith in the second round of the 2016 draft even though he sustained a gruesome knee injury, including nerve damage, during his final game for Notre Dame in the 2016 Fiesta Bowl. Smith rehabbed and essentially redshirted all of the 2016 NFL season.

COVID CONCERNS IN BUFFALO? Bills QB Allen sidesteps questions about whether he’s had a shot

Also recovering with the Cowboys that season? Romo, who broke a bone in his back during a preseason game and subsequently lost his starting spot to Dak Prescott. Smith called Romo a “big brother” who taught him about awareness and living in the moment. When asked what Romo said about the number switch, Smith said they are “working on the conversations. Nothing but love. He’s a busy guy.”

Four seasons have passed since Romo opted to retire after passing for 34,183 yards and 248 TDs during a 14-year career with the Cowboys. He has since flourished in CBS’ No. 1 NFL broadcast booth as the network’s color analyst while teamed with play-by-play veteran Jim Nantz.

Smith, who has started every game the last three seasons, wore No. 9 before turning pro.

He characterized the financial implications over the jersey switch as “value over cost.” ESPN reported that buying out the remaining inventory of 54 Smith jerseys took a “mid-six-figure cost.”

The jersey number won’t be the only transition this season for Smith, who has spent more time with the Cowboys than any other linebacker on the roster following the retirement of Sean Lee.

The Cowboys drafted 21-year-old Micah Parsons out of Penn State with the 12th pick of the first round and 23-year-old Jabril Cox out of LSU in the fourth. Each could compete for starting spots alongside Smith, free-agent acquisition Keanu Neal and 2018 first-round selection Leighton Vander Esch, who was productive early in his career before injuries interrupted his last two seasons. Parsons has said coaches envision him at middle linebacker with the headset in his helmet, a role Smith has filled the last three seasons.

Smith said he doesn’t begrudge the Cowboys bolstering the linebacker room in defensive coordinator Dan Quinn’s first season, nor is he worried about the scheme and personnel shifts. Filling out the depth chart is ownership “doing their job and adding talent to make the team better,” Smith said.

While wearing No. 9, he’ll chase that goal, too.