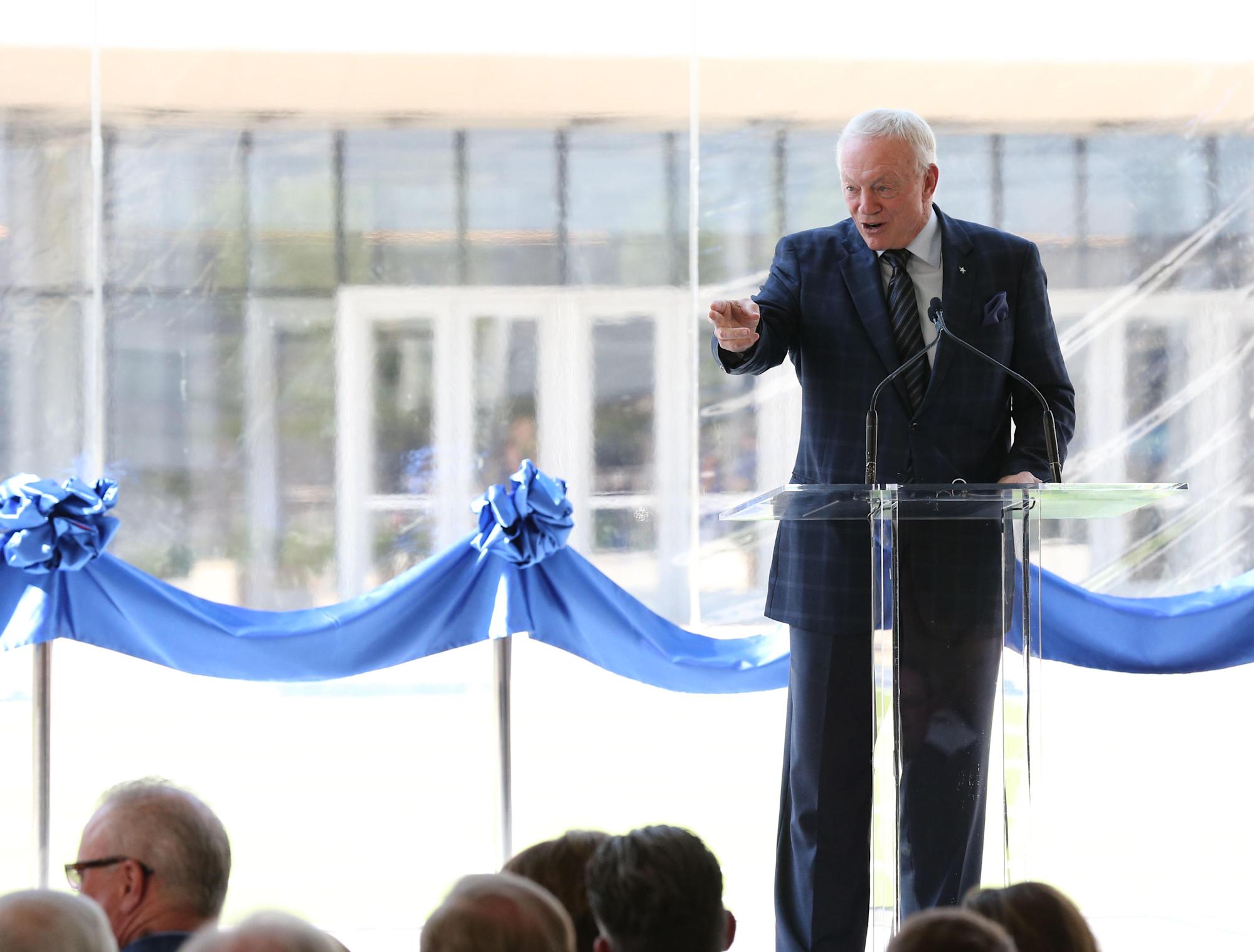 Since 1987, Indianapolis has been the home of the NFL Scouting Combine, which has become a spectacle in its own right as football fans across the nation get a one-stop-shop look at all the college prospects hoping to turn pro. Sensing an opportunity to elevate the five-day “Underwear Olympics” into a traveling event on par with the NFL Draft or Super Bowl, the league is taking the show on the road.

And nobody loves putting on a show more than Jerry Jones.

The Cowboys owner will reportedly bid on hosting the combine at the team’s facilities in 2023, according to sources of the Dallas Morning News‘s Calvin Watkins. The league informed teams on Wednesday that the annual combine would accept bids to move the combine after next year.

“The League, in concert with the Combine Executive Committee, is considering ways to grow the Combine as a tentpole event, while at the same time enhancing the prospect experience and partnership,” the memo read in part, per NFL.com.

Sweetening the deal in Dallas’s favor is the Cowboys’ ability to host major events at both the cavernous AT&T Stadium, where the team plays its games, and The Star in Frisco, the 91-acre headquarters that boasts multiple practice fields for drills, a 12,500-seat indoor arena, an on-site hotel, and medical facilities within a sprawling entertainment district.

Jones has said openly that he had The Star complex constructed with an event like the combine in mind. If paired with the stadium 37 miles away, though, there would be logistical details to work out for teams and players, to be sure.

A Dallas combine would be very different from the annual event that has evolved within the Indiana capital, as media members have long since developed a very specific routine there, right down to which tables at St. Elmo Steak House- two blocks from Lucas Oil Stadium- are best for rubbing elbows with team staffers and agents in hopes of an after-hours scoop.

Indianapolis is expected to bid to keep the event, as it brings a huge financial windfall to the city each February. Other cities like Los Angeles and Las Vegas- both with new facilities- are also thought to be interested.

The Cowboys have facilities on par with or superior to any team in the league, and if the league is determined to make the combine a true “tentpole” event, one has to imagine that fans could be invited to purchase tickets to attend at least some portion of it.

A non-stop media circus, the undivided attention of every NFL team’s fanbase, butts in seats, and credit cards at the ready: a Cowboys combine would be the most Jerry Jones thing ever.