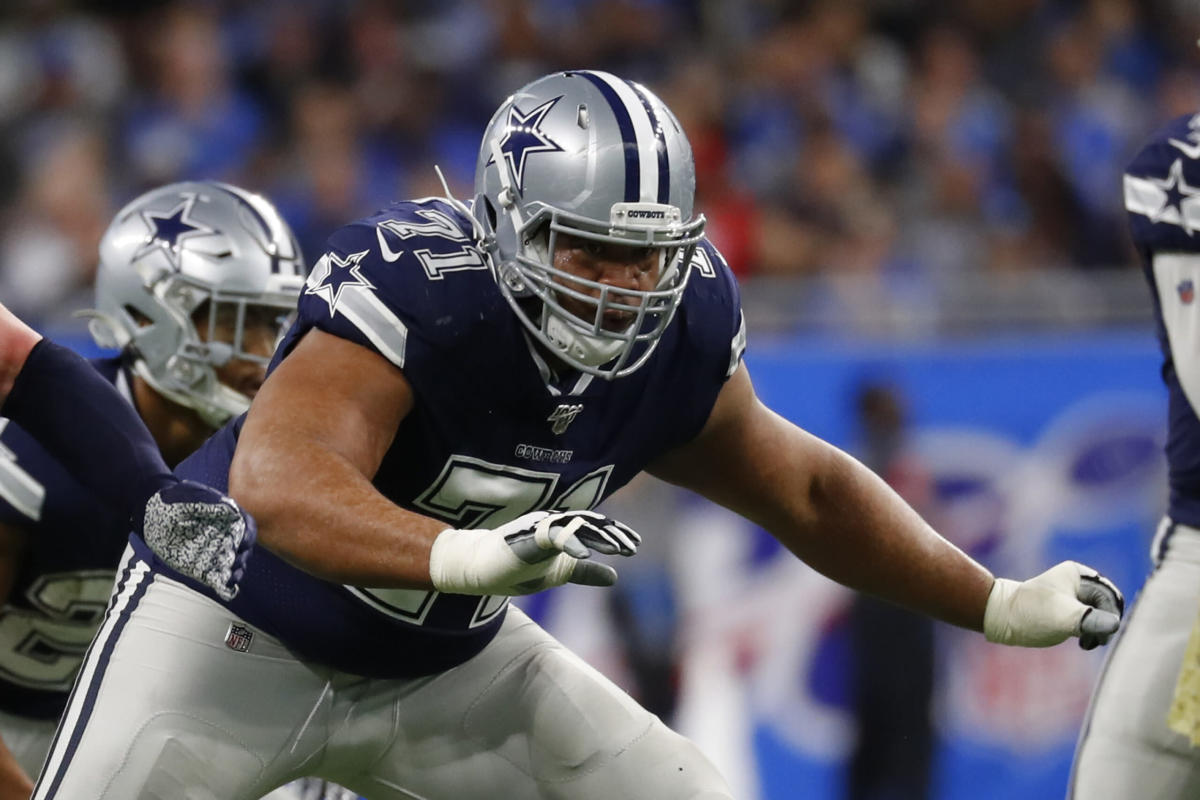 The Dallas Cowboys had to spend all of the 2020 season dealing with injuries on the offensive line. With everyone returning from surgeries and rehab stints, there has been optimism that the whole unit can stay together for what could be a rebound season.

For right tackle La’el Collins, it’s been over a year since he played in a regular-season game after missing the 2020 season with hip surgery. Training camp had been going smoothly for the LSU product until he had to practice on August 18 after spending time with trainers nursing a neck injury. Collins quickly returned to practice the day after and played in the Cowboys’ preseason game against the Texans on August 21.

During Friday’s practice, Collins once again went to trainers and left practice with a neck stinger.

Dallas needs as much time in practice with their full unit as they can get and stinger issues can sometimes take a while to heal. Cowboys quarterback Dak Prescott returned to full practice and it might not be till Week 1 when he gets to spend practice with the starting offensive line.

After the injury to Collins, swing tackle Ty Nsekhe took over the snaps at right tackle for the remainder of practice. Nsekhe is a journeyman in the NFL with plenty of experience, but Dallas needs Collins’ injury to be one that doesn’t linger into the season.

Fourth-round rookie Josh Ball has been out of action for much of the month, likely ending his chances of being the swing tackle conversation for the start of the season.