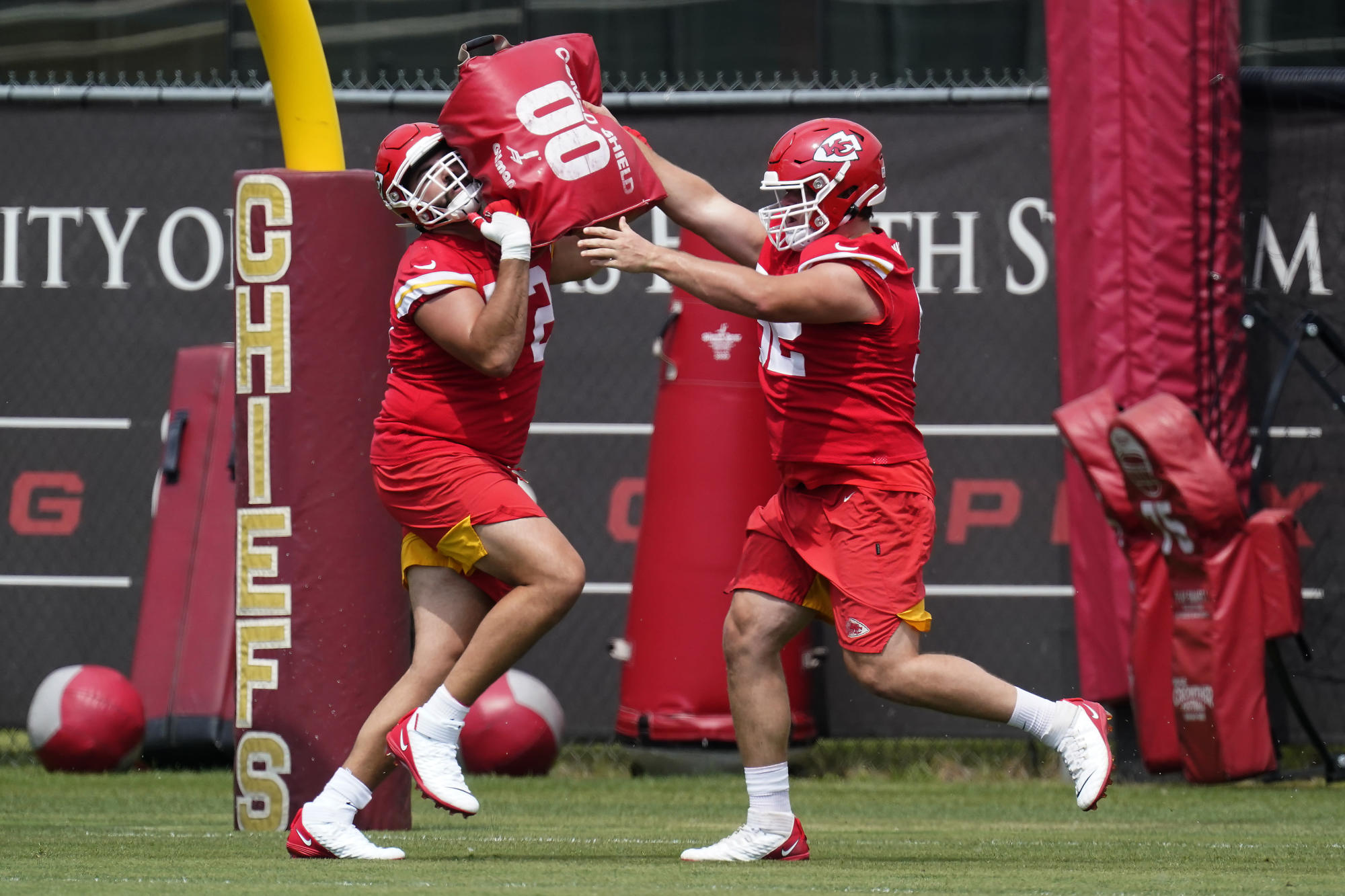 He did not allow a sack during his three-year collegiate career and showcased his football IQ and understanding of coverages. Schwartz had Humphrey break down Oklahoma’s bread and butter- the guard-tackle (G/T) counter pull. The Sooners ran it better than any team in the country. Credit to Bill Bedenbaugh and his development of players and utilizing their athleticism at the line of scrimmage.

Ideally, the guard and center execute angle blocks and the guard and tackle on the pull side have the two most pivotal blocks. The guard will pull around and wash out the first defender in his path, likely the defensive end. The tackle then moves through the B gap to pick up the linebacker. As the play breaks down, he finds the guy to kick out.

Humphrey’s preferred formation pulled to the right, exposing a hole between the Mike and Will linebackers for the running back.

His footwork? Humphrey stayed flatter on his feet to take on the penetration and kept his head on the inside shoulder. Then extended his arm to drive the defender out of the hole. An excellent illustration for visual learners and classic Xs and Os from experts.

Needless to say, no wonder Humphrey has been receiving the majority of first-team reps for the Chiefs throughout the offseason protecting Patrick Mahomes.