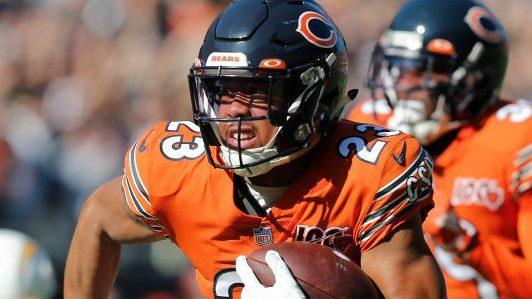 In 2018, Bears General Manager Ryan Pace signed cornerback Kyle Fuller to a four-year, $56 million contract, and it looked like a smart move that year when Fuller was a first-team All-Pro. But this year, the Bears could no longer afford that contract.

Pace cut Fuller this offseason and he was quickly snapped up by the Broncos, who are coached by former Bears defensive coordinator Vic Fangio. Pace said cutting Fuller was an inevitable consequence of the salary cap decreasing.

“We knew what we were gonna be in for. We knew we had to make some tough decisions,” Pace said, via the Chicago Sun-Times. “You saw throughout the league some teams releasing multiple starters. Every team had hard decisions to make [in] a year where projection with the cap is almost a $30 million difference of where it projected to be. With us, it came down to one player, but we plan these things far in advance. We always have contingency plans. And we wish Kyle nothing but the best.”

It’s true that every team was in an unusual situation this year with the salary cap declining because of lower revenue as a result of the COVID-19 pandemic. But not every team was in as rough a cap situation as the Bears. Pace has consistently made moves that push salary cap hits into future years, and this year that put the Bears in a tough spot.

The Bears are far from the only team that consistently pushes cap hits to future years. The Saints, who employed Pace for 13 years before he became the Bears’ G.M., do things the same way. But the Saints have done so much more successfully than the Bears, who have yet to win a playoff game in Pace’s six seasons as G.M. Pace will have to show he can find a way to build a winning roster under this year’s salary cap, or else his seventh season in Chicago will be his last.