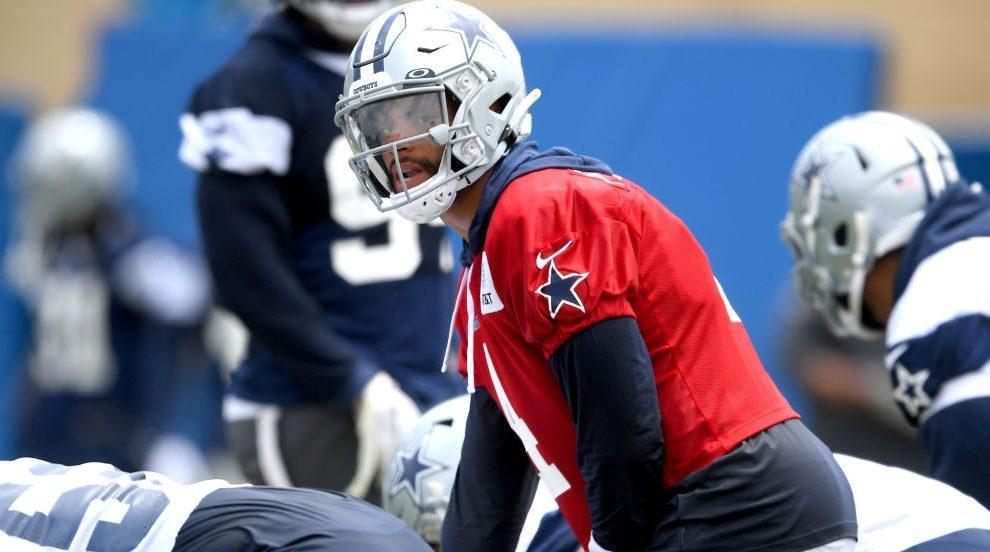 Dak Prescott is practicing without any limitations or restrictions. He’s back and has vowed to return better than ever. The star quarterback convinced Cowboys owner Jerry Jones of that after the first training camp practice.

“I thought Dak Prescott had the best day of practice that I’ve seen since he’s been a Dallas Cowboy yesterday,” Jones said Sunday, via Calvin Watkins of the Dallas Morning News. “That’s the best day I’ve seen him practice. That’s encouraging.”

Prescott was carted off the field Oct. 11 with a compound fracture and dislocation of his right ankle, which required immediate surgery. He required a second surgery in December to strengthen the ankle.

He is doing pre- and post-practice running to strengthen the leg even further, but otherwise, it’s hard to tell Prescott is returning from injury.

The Cowboys, though, still are awaiting the training camp debuts of defensive end DeMarcus Lawrence (back) and Amari Cooper (ankle). Both are doing rehab work after practice.

Jones said he expects both players to return after the second preseason game when the team returns home for the second part of its training camp.