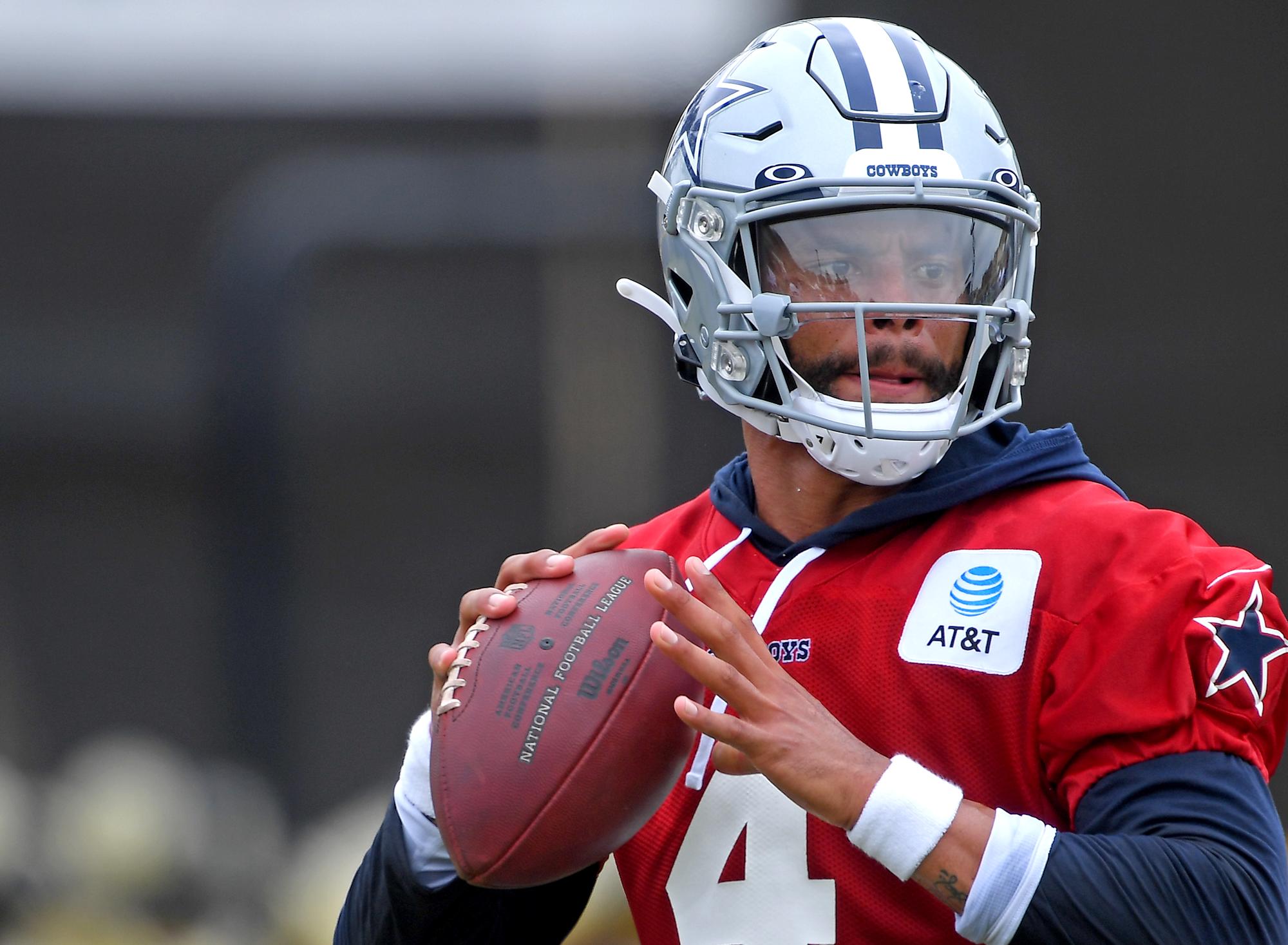 Dallas Cowboys fans can breathe a sigh of relief, because quarterback Dak Prescott is back throwing at training camp. Prescott resumed throwing at camp Tuesday, where he tossed passes to receiver Amari Cooper.

The two didn’t do anything too strenuous, but Prescott didn’t appear restricted while throwing passes.

Prescott, 28, has been sidelined early in camp due to a shoulder strain. Prescott and the Cowboys have downplayed the issue, though Cowboys coach Mike McCarthy said he wanted to take a “conservative” approach with Prescott to prevent a more serious injury.

The issue caused Prescott to miss the team’s preseason opener against the Pittsburgh Steelers in the Hall of Fame Game. Ben DiNucci, Garrett Gilbert and Cooper Rush saw time under center with Prescott sidelined.

While a shoulder issue is concerning for the quarterback, Prescott said he expected to be ready for the regular season. Tuesday’s throwing session is a positive sign toward Prescott making that a reality.

Prescott wasn’t the only Cowboys star to get back on the field. Cooper also returned Tuesday after battling an ankle issue.

Cooper, 27, underwent an offseason ankle procedure. He hauled in 92 passes for 1,114 yards and 5 touchdowns last season.

With Prescott back, the Cowboys are expected to bounce back after going just 6-10 last season. In five games, Prescott threw for 1,856 yards and 9 touchdowns before an ankle injury ended his 2020 season.