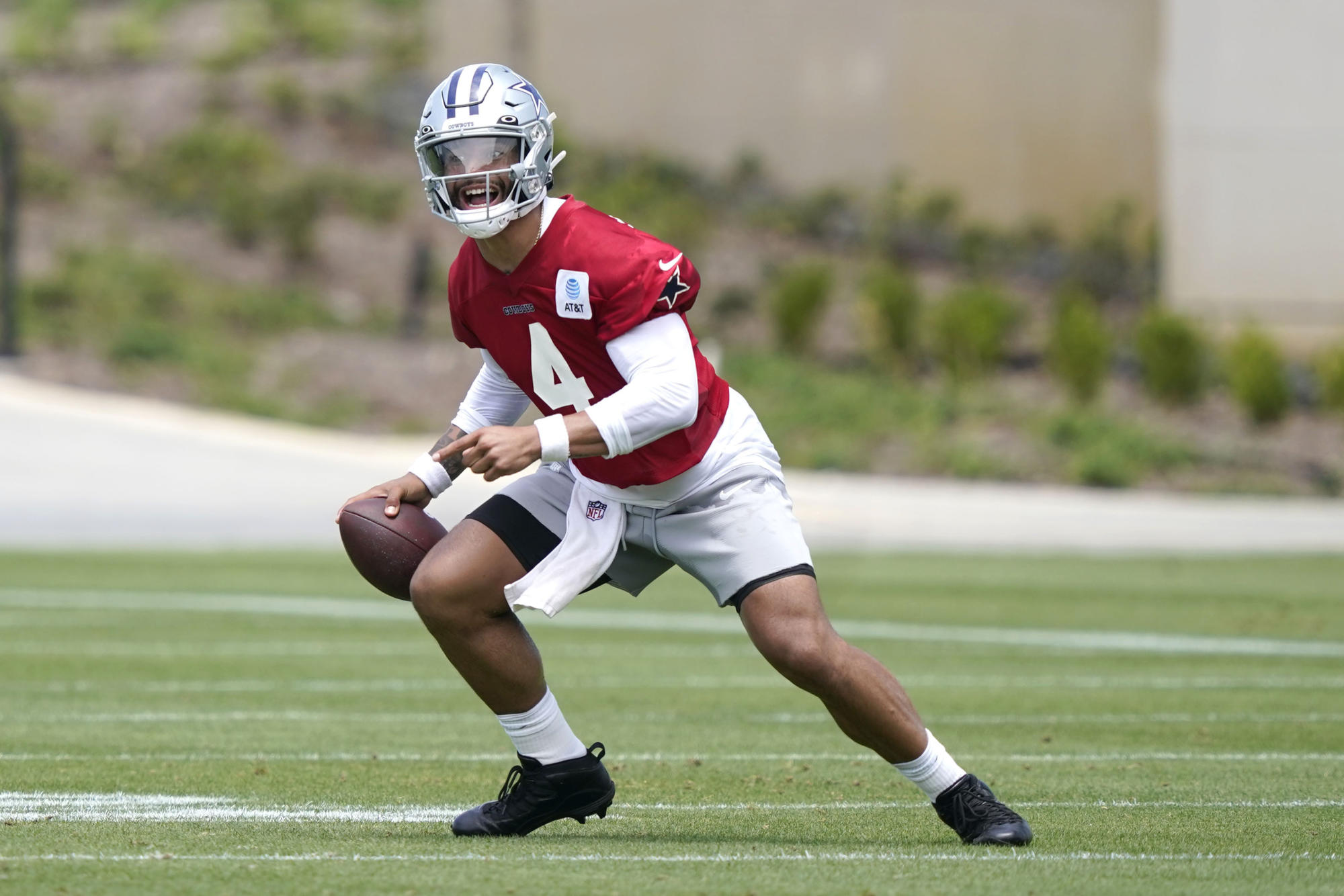 Dak Prescott is on the field at Dallas Cowboys minicamp eight months after fracturing and dislocating his right ankle last season. It’s another step in the quarterback’s long recovery, but one he knew was ready at a certain moment last month.

Prescott told reporters on Wednesday that he knew his ankle was healthy enough to play again when he was able to dance during Cinco de Mayo.

“I really just, yeah, just had a good Cinco de Mayo,” Prescott said, chuckling, Wednesday. “Was a little active, and at that time, did some little dance moves and I felt like I was ready to go. That was when I said in my head the injury is gone.”

Prescott missed the last 12 weeks of the season due to his ankle injury, requiring two surgeries. He was back on the field and throwing a football in April, and has continued to progress into minicamp:

Prescott has reportedly been fully cleared for all football activities, and said the injury is fully in the rear view mirror, via PFT:

“When you go back and look on film on the first day [of offseason work] and the last day of me scrambling, you can visually tell that I’m running better,” Prescott said. “That’s the good part of it. But rehab before this, I was doing all kinds of cuts, jumps, things like that that happen in a scramble drill. So never within the drill did I ever think about my leg or did I ever think that this was a part of the rehab rather that I’m pushing myself and I block that mentally.

“I’ve buried the injury honestly guys — you know me — from the point of practice, from the point of just moving forward and going about my life. I’ve buried it mentally, and I think you guys and a lot of people around have to help me in burying it as well as we move forward.”

That injury didn’t stop Prescott from cashing this offseason, as he signed a four-year, $160 million deal with the Cowboys after a protracted contract standoff. He’ll return throwing to basically the same group of weapons as last year, with Amari Cooper, Michael Gallup and CeeDee Lamb catching passes with Ezekiel Elliott and Tony Pollard on the ground.