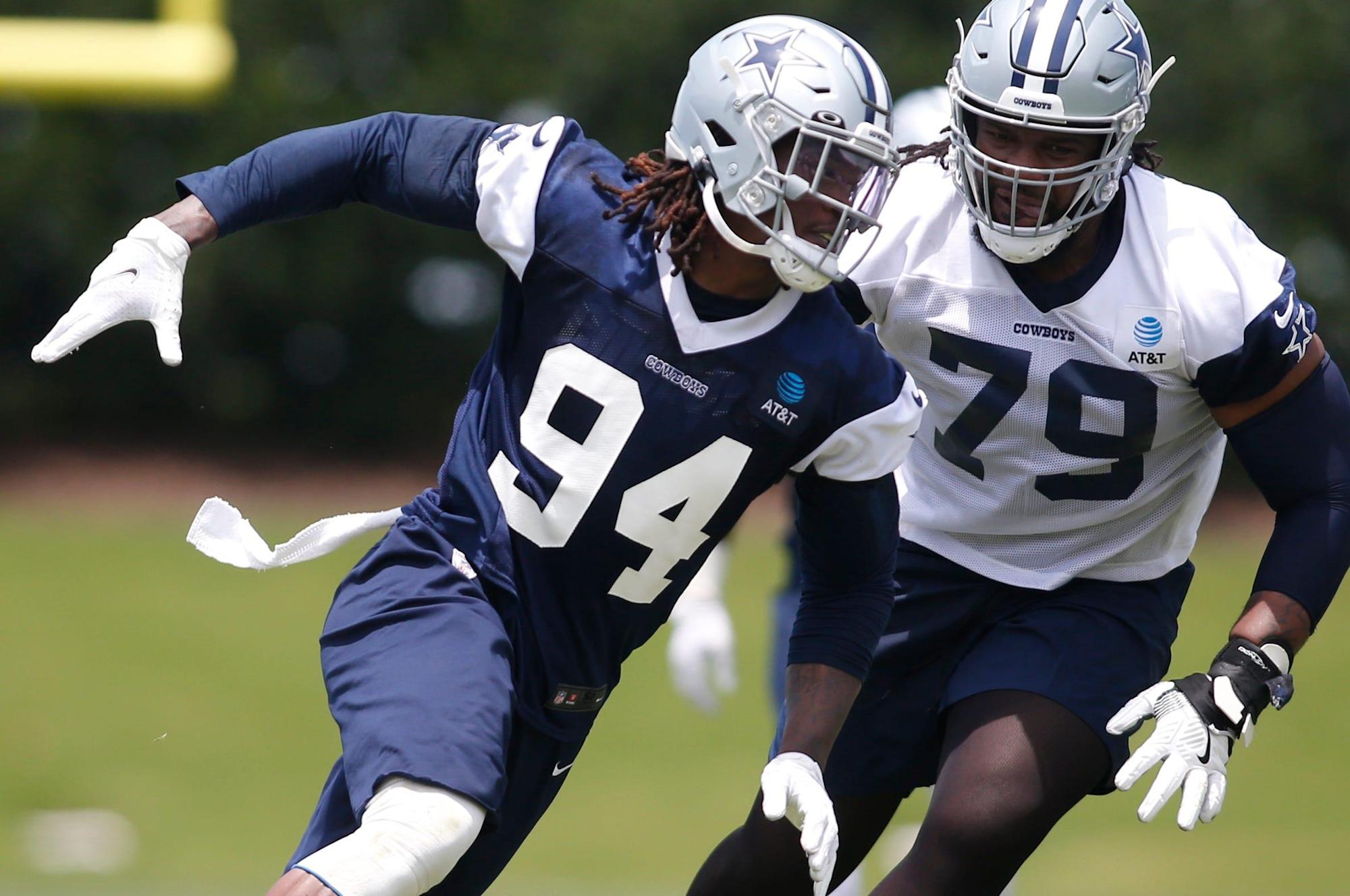 He’s proud of the fitness he’s maintained over the last year that powered his production in 10 games last season.

He’s proud that, for the first time since his rookie year in 2015, he’s participating in a full offseason rather than serving a suspension for violations of the league’s substance abuse policy.

And he’s proud of the mental health he’s proactively fostering, the structure he’s established to combat his social anxiety and, at last, attempt sustained success.

“There was a time in my life when you could ask me to say one good thing about myself and I couldn’t,” Gregory said Tuesday from Cowboys headquarters. “I could tell you 20 bad things. I have come a long way from that. I can say a lot of good things about myself. I am proud of myself.

“I have made a lot of mistakes. But I think I have earned what I have gotten whether it’s bad or good. And I am going to continue to do that.”

Gregory was reinstated from his fourth and latest suspension on Sept. 4, 2020, rejoining the Cowboys six games into the season after a league-mandated acclimation period. He notched 3.5 sacks, 21 tackles, three forced fumbles and a pass deflection in 271 defensive snaps. Sixteen times he pressured the quarterback, eight times securing a knockdown.

But Gregory wondered during some games: How could he get more opportunities to contribute on the field? In retrospect, head coach Mike McCarthy said he wondered, too.

“You look at his production and you’re like, ‘Well Coach, why the hell didn’t he play more?’ Yeah, I get it,” McCarthy said at Cowboys OTAs. “When I looked at Randy’s personal evaluation, I gave him two arrows up. … He just continued to rise with every opportunity he had.

“Now, going through a full offseason, I definitely think he can be a premier, primary player for us on defense.”

JULIO JONES TRADE WINNERS AND LOSERS: How Falcons, Titans and several of their key players are impacted

Gregory has identified the steps he must take to get there. First, he simplified his lifestyle during the offseason. He established a workout regimen that maintained his weight, and a family environment — caring for his children, paying the bills — that countered the unhealthy habits he’d previously turned to.

“In the past, I had a lot of chaotic people around me, and it created this mindset that if there wasn’t any chaos, then I would create my own chaos,” Gregory said Tuesday. “I needed to feed off something. I needed something to get me out of that mental state that I was in. And now, it’s not so much like that.”

Returning to the field in May helped as well. The structure of OTAs and minicamp — Gregory was barred from each during suspensions — enhances his ability to focus, intensifies his sense of purpose and “gives me an excuse to get up in the morning and have fun,” Gregory said. He relishes the opportunity to begin mastering a playbook in the spring rather than fall, to hone his technique and athleticism in ways he said he hasn’t during his professional career.

Gregory anticipates his responsibilities resembling those of a defensive end/strong-side linebacker hybrid, specializing in rushing the passer. But the coaching staff under defensive coordinator Dan Quinn, who said he “wanted so badly to coach” Gregory dating back to their pre-draft workout in Nebraska in 2015, envisions more.

“I think it’s a little more diverse as far as the different looks we can give on defense,” Gregory said. “I think it’s going to be a lot more fun for us, at least for me. And then it will really be able to stretch my limits athletically on the field as far as me dropping in coverage, lining up wide, and trying to get to the quarterback, and different games and stunts we can do as a D-line.”

Gregory knows the wins — and rest assured, he is counting them — must continue to come as the Cowboys work toward their Sept. 9 season opener against the Tampa Bay Buccaneers. But he’s confident in his ability to harness speed and finesse to wreak havoc as soon as that debut match against Tom Brady.

He’ll continue to ensure he keeps his weight solid enough to reliably defend the run while staying lean enough to maximize bend and flexibility in pursuit of the passer. Tuesday, he flashed that bend when exploding from the right end across the entire width of the backfield in pursuit of Cowboys quarterback Garrett Gilbert.

It’s a scene the Cowboys haven’t witnessed in six years of minicamps.

“It’s a big deal,” Gregory said. “It’s real refreshing to get out there and have that attention to detail not only from your coaches but also from your teammates. I’ve done a great job the last few years with the team on and off the field, and I’m looking forward to the future if that’s three years, five years, whatever it is.

If you enjoy talking football, we have the perfect spot for you. Join our Facebook Group, The Ruling Off the Field, to engage in friendly debate and conversation with fellow football fans and our NFL insiders. Sign up now!