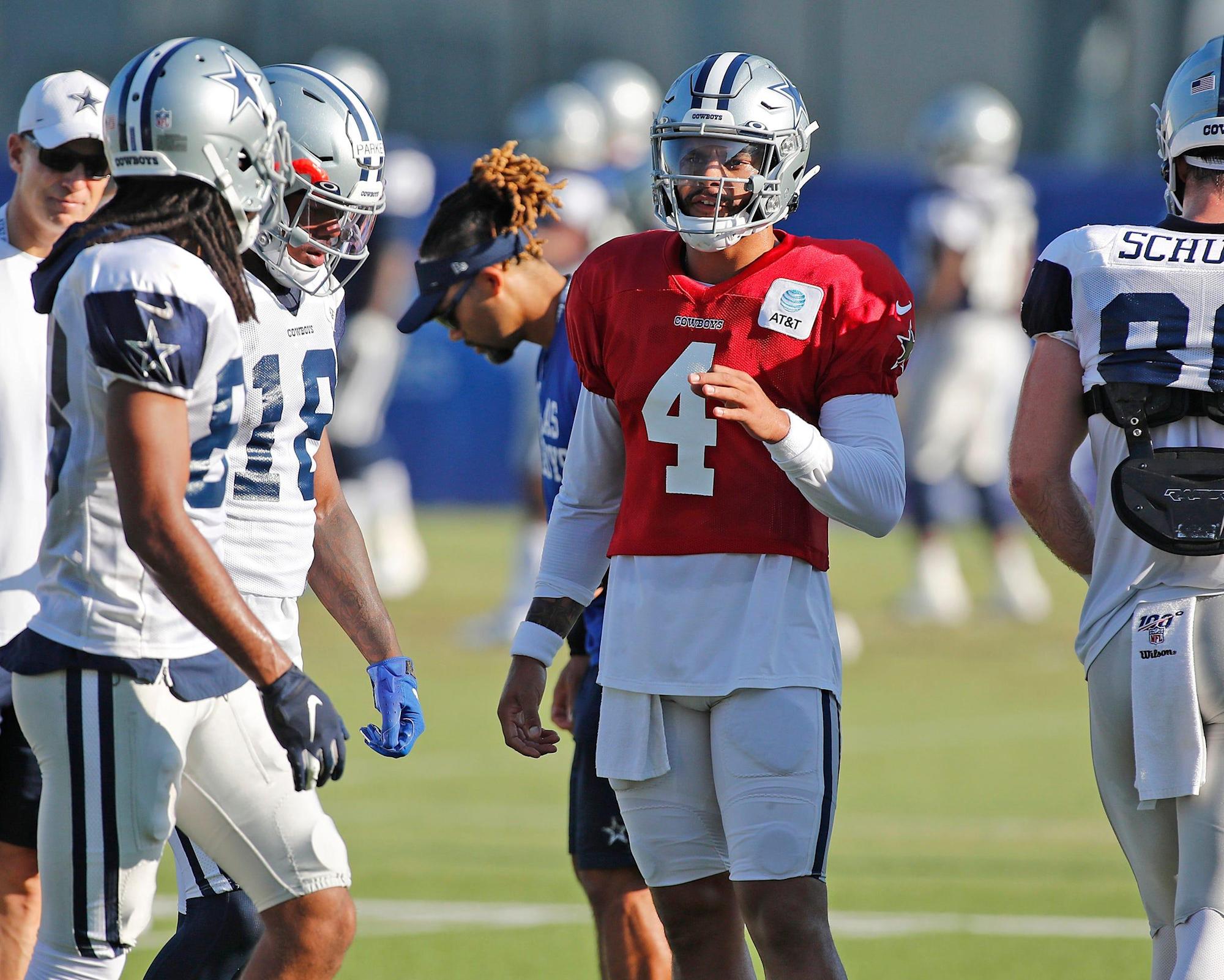 “Hard Knocks” never had such an easy decision.

The long-running series documenting an NFL team’s training camp, produced by NFL Films and HBO, will feature – who else? – the Dallas Cowboys this summer, NFL Films announced Friday.

This will mark the 16th iteration of “Hard Knocks” with the Cowboys making their third appearance – most in the series’ history – not that there was really any other choice.

(For what it’s worth, there were other options. League rules exempt teams from appearing on “Hard Knocks” if they have a first-year head coach, reached the playoffs in either of the previous two seasons or participated in the show in the previous 10 years. And while we might finally get a glimpse behind the New England Patriots’ curtain next year if they fail to reach postseason again in 2021, this year’s options were limited to the Cowboys, Arizona Cardinals, Carolina Panthers, Denver Broncos and New York Giants.)

Yet even though the Cowboys were the only club among this year’s eligible quintet that had previously appeared on “Hard Knocks,” no chance HBO and the NFL were opting to bird dog the Cards’ Kyler Murray and J.J. Watt, new Panthers quarterback Sam Darnold, taciturn Broncos coach Vic Fangio or Eli Manning clone Daniel Jones in New York.

Not when the cameras from NFL Films’ 30-person crew can deployed on “America’s Team” and so many characters who have affinity for microphones, starting with media-friendly Dallas owner Jerry Jones. Throw in the interest surrounding face of the franchise Dak Prescott – the sixth-year quarterback is on the comeback trail from a compound leg fracture and dislocation of his ankle suffered last October – a massive fan base that expects this team to return to the top of the NFC East standings, and notable changes to the roster and second-year coach Mike McCarthy’s staff, and you reach an obvious conclusion.

Not only that, the Cowboys’ summer itinerary will provide extensive visual diversity as the organization splits time between its camp site in Oxnard, California, plays the Pittsburgh Steelers in the Hall of Fame Game in Canton, Ohio, on Aug. 5, conducts a joint practice with the Los Angeles Rams before eventually returning to Texas and resuming preparations at The Star, Jones’ lavish team headquarters in Frisco, Texas, ahead of the regular-season kickoff game against Tom Brady and the defending Super Bowl champion Tampa Bay Buccaneers on Sept. 9.

“We are beyond grateful to the Cowboys for opening up their doors and allowing HBO and NFL Films to spend the summer with one of the sport’s world’s truly iconic franchises as they prepare for the upcoming season,” said Jonathan Crystal, vice president of HBO Sports, in a statement.

Preseason action will also make a welcome return to the series after all exhibition games were canceled last year, when the Los Angeles Chargers and Rams jointly appeared on “Hard Knocks” amid the COVID-19 pandemic.

This edition of “Hard Knocks” also marks the 20th anniversary of the docuseries’ debut in 2001, when it featured the Baltimore Ravens. The series has earned 18 Sports Emmy Awards. (Various circumstances have forced a pause in some years, such as 2011, when the league and players were returning from a protracted collective bargaining battle.)