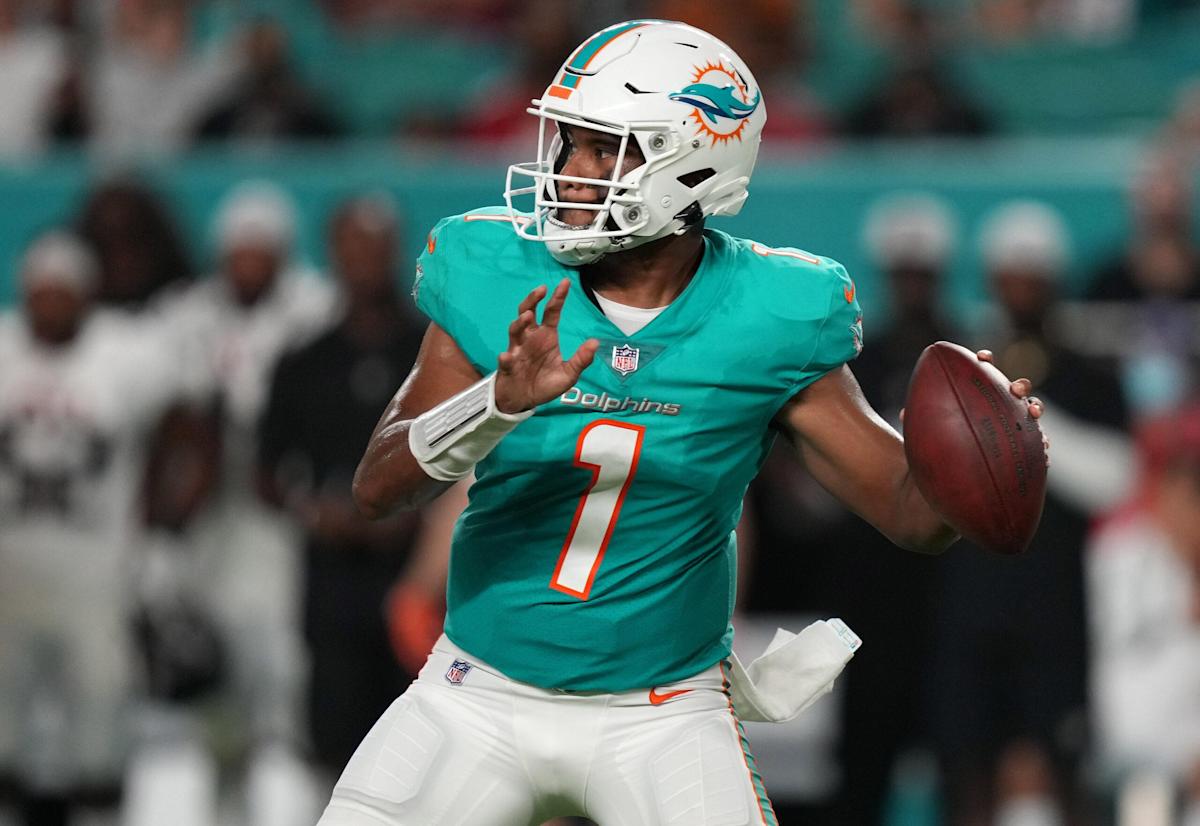 “The best RPO quarterback in the NFL.”

That’s some hefty praise for Tua Tagovailoa, particularly coming off of just his rookie season and 9 starts as an NFL quarterback. But ESPN analyst and former NFL quarterback Dan Orlovsky didn’t just make the statement, he brought some evidence — and his film breakdown of the Dolphins’ offense this preseason should be enough to excite any Dolphins fan hoping that Tagovailoa’s improvements this summer are sustainable when projecting to the regular season.

The size of Tagovailoa’s step forward this fall is going to be one of the variables most directly responsible for where the Dolphins will find themselves at the end of the season — but Orlovsky appears to be buying what the Dolphins are selling.

In the segment, which aired on ‘NFL Live’, Orlovsky broke down the team’s third-down completion to Mike Gesicki versus Atlanta before shifting his focus to a 1st and 20 RPO completion to Mack Hollins from the same game. And as Orlovsky works his way through both concepts, it is clear that Miami has gotten their young quarterback some valuable reps in concepts he sees well; which will allow him to play faster and make more crisp and confident decisions with the football.

But there will be no more preseason action for Tagovailoa, who will be sitting out of Sunday’s preseason contest against the Cincinnati Bengals as the team shifts their focus to the bottom of the roster and attempts to thread the needle with who collected the final 8-10 spots on their active roster. For Tagovailoa, it is a great chance to work on preparations for New England in Week 1. And for the Dolphins offense, perhaps the introduction of some new concepts that can help push the unit over the top against the Patriots as Miami looks to start 1-0 for the first time since 2018.