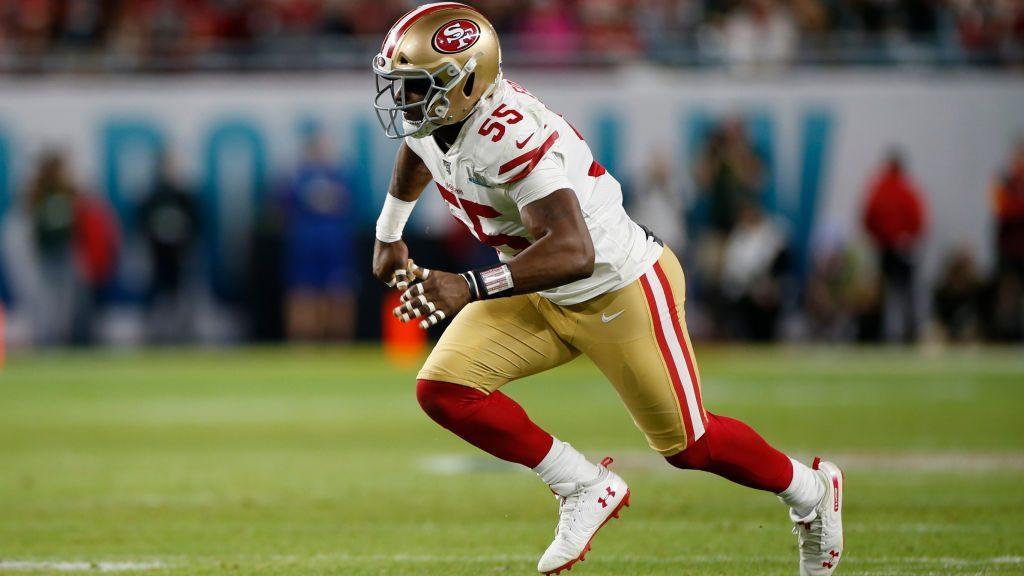 The San Francisco 49ers managed to save $11.2 million against their salary cap for this season due to a restructured contract with injured pass rusher Dee Ford.

Ford reached an agreement with the 49ers on the reworked contract last week.

According to David Lombardi and Matt Barrows of TheAthletic.com, Ford’s adjusted contract turned a three-year deal into a two-year deal with a voided season added in 2023 to help the team with the salary cap.

Ford had $11.6 million guaranteed for 2021 because of the injury he sustained last year that forced him to miss all but the first game of the season. That $11.6 million guaranteed is now split up over the next two years with $7 million paid out this season and the remaining $4.6 million in 2022. Ford was given a $3 million signing bonus along with a guaranteed $4 million base salary for this year’s portion with the $4.6 million for next year coming in the form of a roster bonus.

The maneuvering on Ford’s detail allowed the 49ers to cut his cap hit from $20.1 million to just $8.9 million. He will account for $11.9 million in cap space in 2022 if he’s a part of the team’s roster then. Additionally, $4.9 million from accumulated signing bonus proration will carry onto the voidable year of 2023.

There are incentives in the deal to create more payout possibilities for Ford as well. The report includes a note that Ford has continued to workout at 49ers headquarters and is optimistic about his chances of returning to full strength.