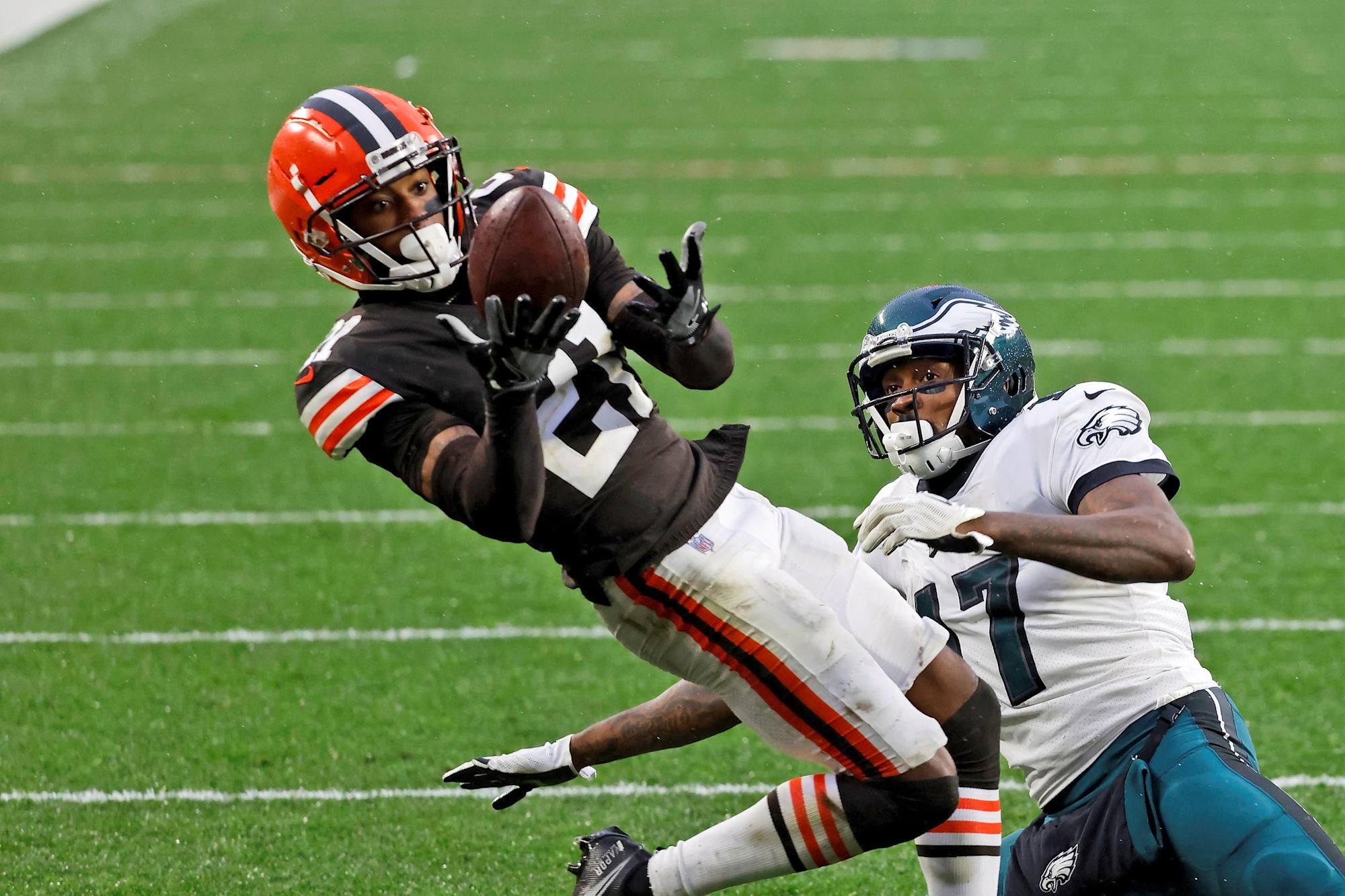 There may not be another position on the football field where you have to have as much confidence as the cornerback position. I mean, life on an island often results in giving up some of the biggest plays in a game and season. But there is also a high reward too if you can lock down the team’s best receiving threats.

Former Ohio State and current Cleveland Browns cornerback Denzel Ward is one of those confident guys. He’s already made the Pro Bowl and is on the shortlist of the best corners in the NFL. But he doesn’t believe that he’s the only corner on the team that can shut things down in the passing game. In fact, he believes the unit can be a force to reckon with this coming season.

“I think we can be dominant,” Ward said Tuesday on the first day of minicamp. “You can never have enough corners, and all of those guys can play and they’ve shown that. So everybody has to come out here and compete and do our job, and everything else will take care of itself.”

The Browns lost some talent at the position, but GM Andrew Berry did his best to backfill those holes to keep the options on the back-end talented.

Berry added cornerback Troy Hill in free agency, then selected cornerback Greg Newsome II at No. 26 in the 2021 NFL draft. Also, the team expects to have Greedy Williams back and fully healthy in time for training camp.

The defense was a mediocre one last season, but with the pieces that have come together this season, especially with the cornerbacks, Ward and his teammates believe there could be marked improvement there. I guess we’ll see.

Every former Ohio State player currently on an NFL roster