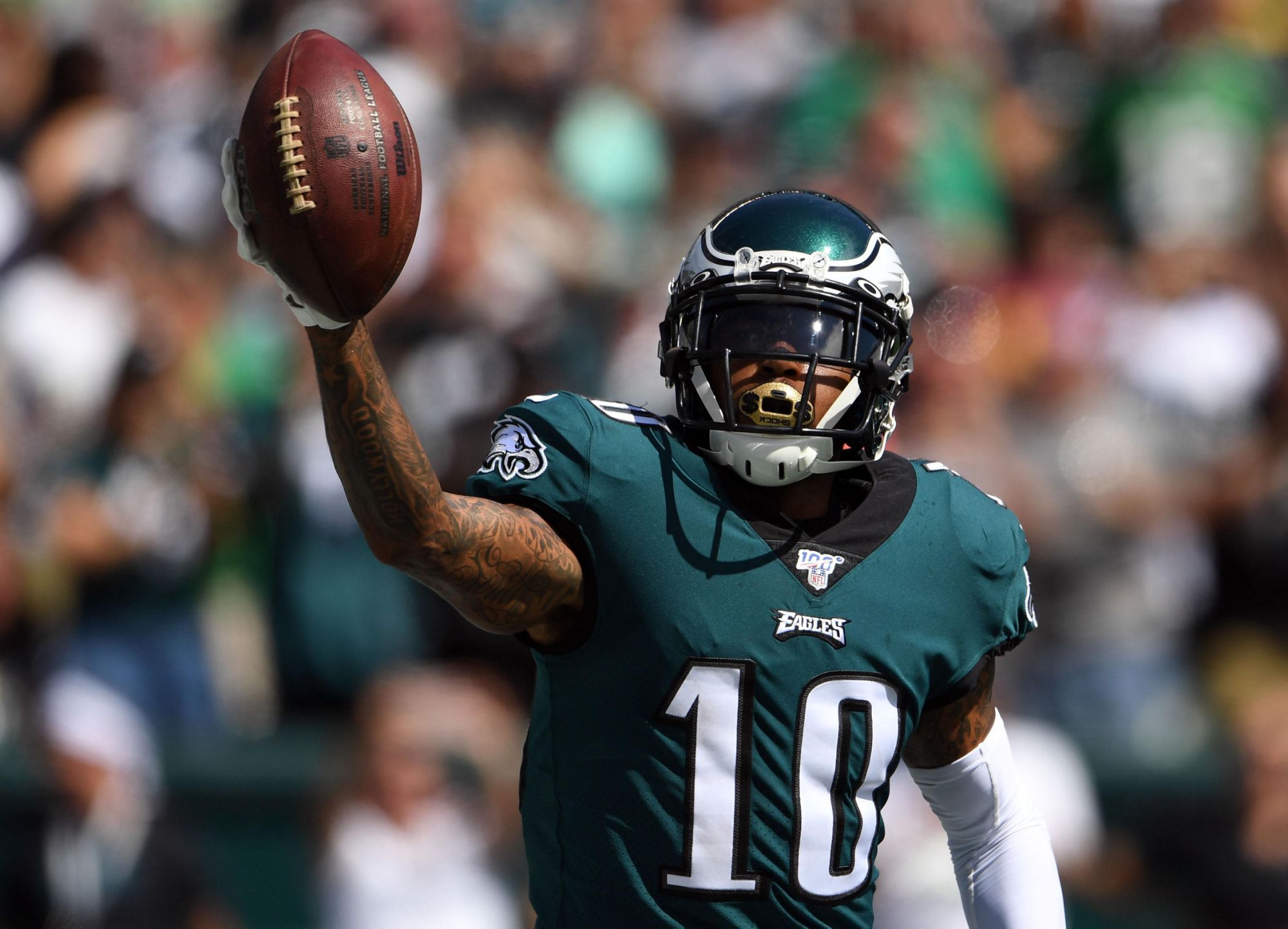 DeSean Jackson’s one-year deal with the #Rams, which he signed today: $4.5 million base value with incentives that can take it up to $6.25 million. In this market, for a 34-year-old receiver who’s been banged up the last two years, that’s good coin.

DeSean Jackson may be 34 years old and has played just eight games in the last two seasons, but he didn’t exactly come cheap for the Los Angeles Rams. Mike Garafolo of NFL Network shared details of Jackson’s one-year contract, which he signed on Thursday, and it comes with a base salary of $4.5 million.

He’ll have a chance to earn up to $6.25 million with incentives, though the benchmarks of those bonuses were not revealed. For comparison, John Ross’ contract with the Giants is only worth $2.25 million for one year.

Jackson has missed 24 games in the last two seasons but he had three quality years with Sean McVay and Washington from 2014-2016. In those seasons, he caught 142 passes for 2,702 yards and 14 touchdowns, leading the NFL in yards per catch twice.

He’ll likely be the No. 4 receiver in Los Angeles, splitting time with Van Jefferson outside.