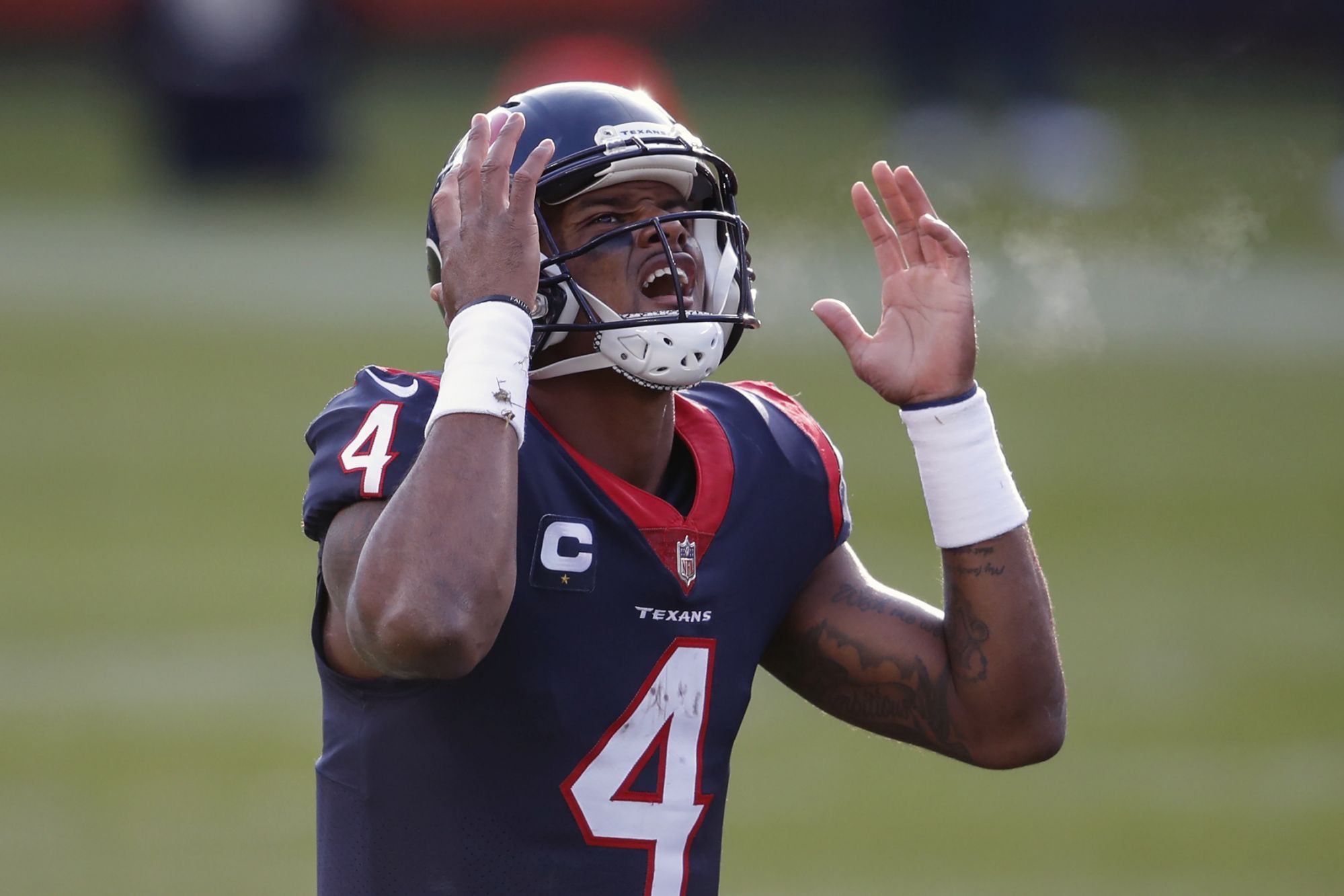 HOUSTON — For the past 16 days, the NFL had the luxury of time and patience as civil suits piled up against Houston Texans quarterback Deshaun Watson.

While lawyers slung accusations back and forth through litigation and media statements, the league has been able to go about its due diligence without a ticking clock of criminal investigation hanging over its own disciplinary process. The bottom line? If Watson wasn’t part of a police probe, the demand on the NFL to do something about his roster status in the wake of sexual misconduct allegations was mitigated.

That changed significantly on Friday, when the Houston Police Department announced a complaint had been officially filed with authorities regarding Watson.

Watson’s attorney, Rusty Hardin, followed that statement with one of his own — appearing to indicate the complaint was tied to the civil litigation aimed at the quarterback.

“We welcome this long overdue development,” Hardin said in the statement. “Now we will learn the identity of at least one accuser. We will fully cooperate with the Houston Police Department.”

Those two statements now place NFL commissioner Roger Goodell at a crossroads. He now must process a growing collection of allegations and investigations into Watson, which draws a spotlight to how Goodell picks and chooses the players and incidents he believes warrant invoking Commissioner’s Exempt List status. The exempt list is essentially a form of paid leave for players, previously coming into play when authorities or the league (or both) began sorting through allegations of criminal conduct.

With the Houston Police Department fielding a criminal complaint and launching its own investigation — albeit one that has yet to define any details behind the complaint — Watson appears to fit that description. That’s a significant change in status. Prior to that happening, Watson was merely the target of mounting civil litigation that carried no criminal complaints and warranted a low bar for making an accusation. Essentially, anyone can file a civil lawsuit at any time and it proves nothing. But a civil lawsuit coupled with a criminal complaint that triggers a police investigation draws the NFL deeper into its own definitions of what warrants an exempt list situation.

So here are the four realities that are now germane to Goodell’s vantage on whether Watson should be placed on the exempt list:

* The quarterback has 21 civil suits alleging some element of sexual misconduct, ranging from harassment to assault.

* A 22nd woman has alleged what she believed to be inappropriate behavior by Watson during a massage session, in an account by Sports Illustrated.

* An undisclosed criminal complaint against Watson has been filed with the Houston Police Department.

* Watson’s lawyer, Rusty Hardin, has indicated that criminal complaint has ties to at least one piece of civil litigation currently pending against the player.

* The NFL is slated to begin team activities later this month, at which point Watson would be eligible to begin offseason work with the Texans (even if that appears unlikely).

A player may be placed on paid administrative leave pursuant to the Commissioner Exempt List under either of the following circumstances:

Second, when an investigation leads the Commissioner to believe that a player may have violated this Policy by committing any of the conduct identified above, he may act where the circumstances and evidence warrant doing so. This decision will not reflect a finding of guilt or innocence and will not be guided by the same legal standards and considerations that would apply in a criminal trial.

As of now, Watson has not been charged with a crime and does not apply to the first standard. But the second standard is wide open and leaves Goodell with the considerable latitude of whether Watson “may have violated” the personal conduct policy. Previously Goodell had only his own league investigation (which is underway) to make that kind of determination. Now he has the Houston Police Department engaging in its own investigation.

What’s key in this moment is Goodell doesn’t have to know Watson is guilty of having violated the personal conduct policy. He only has to believe the quarterback “may have violated” it. And this is where the pressure begins to mount. Looking at the 21 pieces of civil litigation that have been filed accusing Watson of sexual misconduct, alongside both the Sports Illustrated account that mirrors some parts of the pending suits and the criminal complaint filed with the Houston Police Department, a question for Goodell now begins to form.

If this isn’t the threshold for a situation where Watson “may have violated” the personal conduct policy, then what is the threshold?

Eventually, Goodell is going to be pressed for that description. And Friday’s development will have played a significant role in seeking that answer.