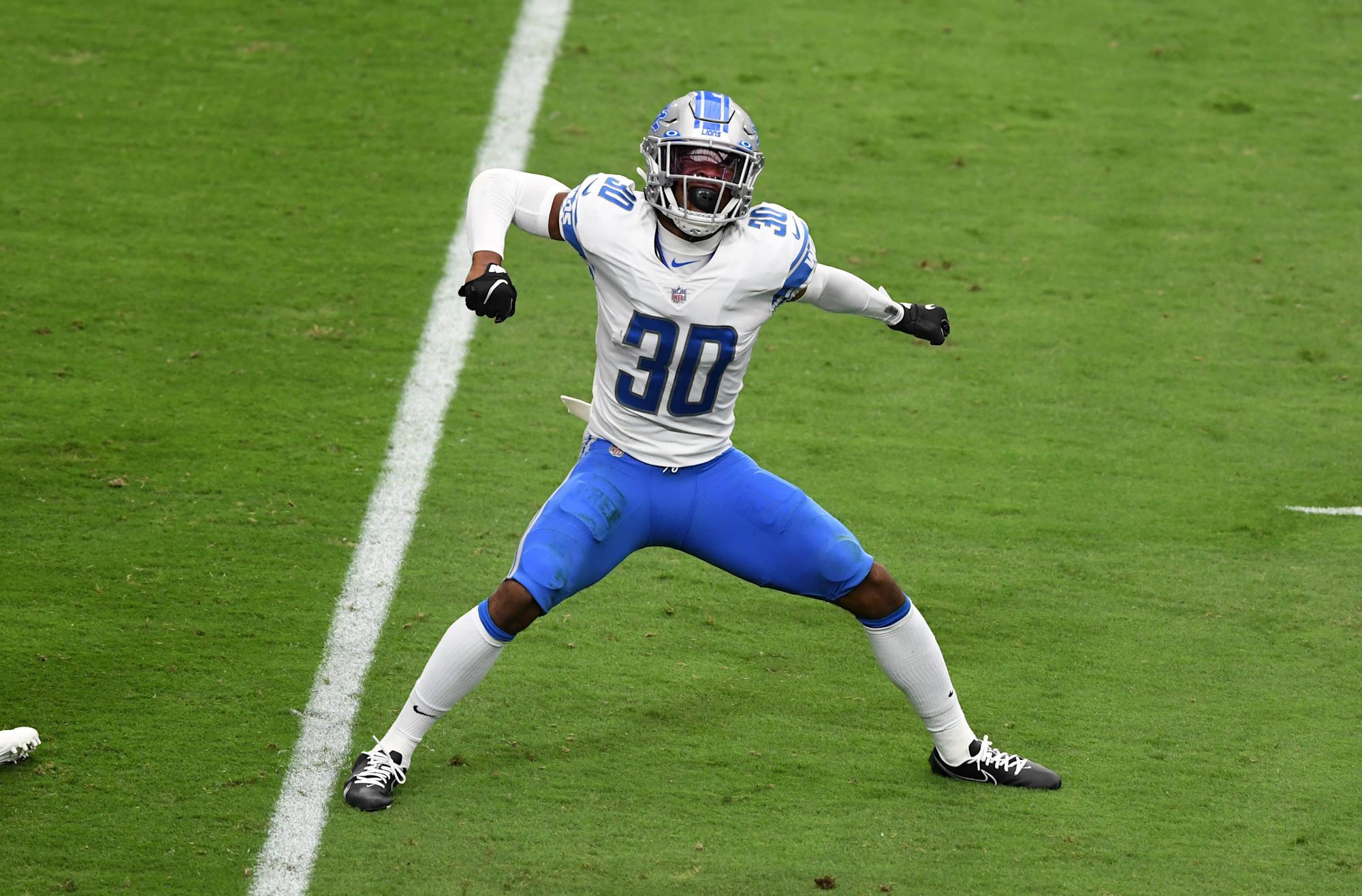 Jeff Okudah is close to 100% recovered from the groin surgery that ended his rookie season, and, with the help of a new coaching staff, the Detroit Lions cornerback is optimistic about what that means for 2021.

SPRING AHEAD: How QB Jared Goff is building chemistry with teammates as NFL plans for OTAs

The No. 3 pick of last year’s draft, he said the injury prevented him from “opening up and just running top speed.”

Okudah had one interception and two passes defensed last season, when he allowed a passer rating of 118 on balls thrown in his area, according to Pro Football Reference.

With the Lions set to start their formal offseason program in two weeks, Okudah said he has no restrictions on training and is “feeling great.”

“I’m definitely trending towards 100,” he said. “I think that’s a testament to the staff that the Detroit Lions have and me and (trainer) Tom Colt we put in a lot of work, (head trainer) Dave Granito, this offseason, every single day just getting after it. I’m definitely thankful that was I was able to stay and get a chance to work with them.”

The Lions are counting on Okudah to start at cornerback this fall — likely opposite Amani Oruwariye — and have brought in a young staff featuring Pleasant and coordinator Aaron Glenn, two coaches known for their work with young defensive backs.

Pleasant coached one of the NFL’s best secondaries — led by cornerback Jalen Ramsey — last fall with the Los Angeles Rams while Glenn, a former NFL cornerback, was defensive backs coach with the New Orleans Saints in 2016-20.

Okudah said he played for Glenn at The Opening, a Nike-sponsored high school football camp that features some of the nation’s top prospects every year. And he said Pleasant already has opened his eyes to new methods of film study that should pay dividends on the field this fall.

“Just sitting down with them, within the first couple meetings I was picking up so much things that I thought to myself, like, it would have just been nice to have these tools in my toolbox going into my rookie year,” Okudah said. “I’m still grateful to have them going into the second year, and I think that it’s only been two or three months and we still have all this work to do. It just has me excited how much more there is to learn, and how much better there is to get leading up to the season.”

“It’s coming together,” Goff said Thursday. “I think the to describe it, is the way he described it to us, is multiple with spread principles, and I think it’s going to have a little bit of what they did with (Justin) Herbert and the (Los Angeles) Chargers and a little bit of what he did in Buffalo. it’s a nice little mixture of it so far and it’s been good.”

GOFF TALKS: Not drafting a QB ‘a nice vote of confidence’ by Lions

Lynn was the Buffalo Bills’ offensive coordinator in 2016, when the Bills led the league in rushing.

He spent the past four seasons as head coach of the Chargers, who finished sixth in the NFL in passing and 17th in yards per attempt last season with Herbert, a rookie, at quarterback.

“I’ve been trying to give him what I’ve learned and what I know in my five or six years, going into my sixth year now in the league, and he’s been very receptive,” Goff said. “It’s been awesome working with him so far and him wanting to listen and wanting to hear from me and at the same time, being open to that dialogue. It’s really nice and it’s been cool.”