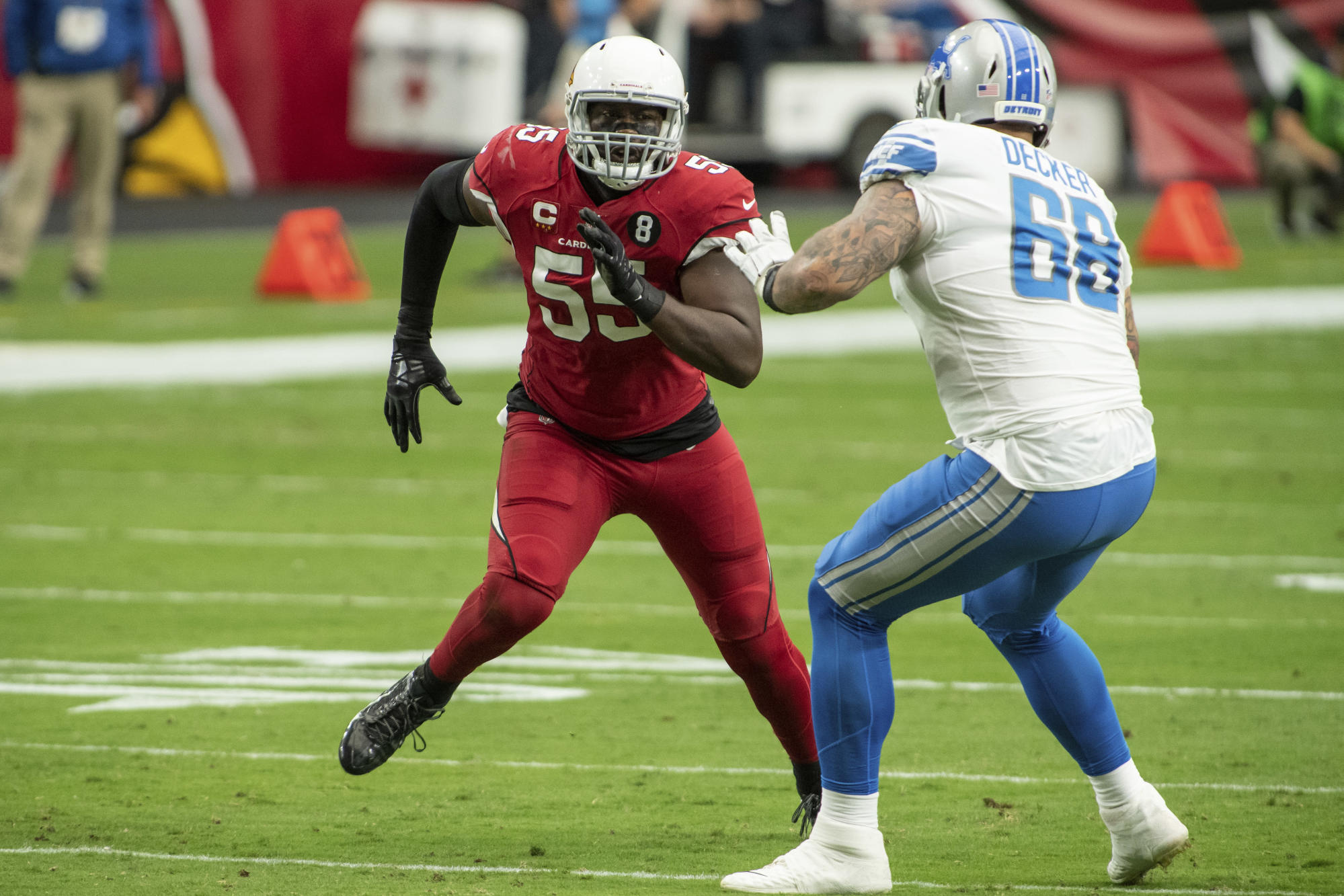 The Arizona Cardinals and San Francisco 49ers both have edge defenders among the very best in the NFL. The Los Angeles Rams and Seattle Seahawks also have quality pass rushers.

Which team has the best?

We continue our rankings of the NFC West — both players at their positions and the teams at each position.

Below are our 2021 rankings for the NFC West in terms of edge defenders.

Cardinals fans will be happy.

Until Nick Bosa overtakes him, Chandler Jones is the best edge defender in the division, so the cardinals have the best individual player. Now, with J.J. Watt in addition to Markus Golden, Devon Kennard and the emergence last season of Dennis Gardeck, they also have the deepest group of pass rushers. However, the 49ers are right behind them.

Bosa is a promising your pass rusher coming off an ACL tear. The Niners also have Arik Armstead and Dee Ford, although Ford’s health has been in question. They are talented and deep, but we will see how they are under new defensive coordinator DeMeco Ryan.

Carlos Dunlap is an underrated player and changed things for the Seahawks defensively once he was acquired. Kerry Hyder was sneaky good last season for the 49ers and is a solid No. 2 pass rusher. They have talent behind them with Benson Mayowa and Aldon Smith was once feared. However, there is a lot of “could be” and “once was” in this group.

The Rams have Leonard Floyd, but after him are unproven players. Justin Hollins can hopefully emerge to replace Samson Ebukam. Luckily, they have the best interior player in the league in Aaron Donald to counter the lack of an edge presence.