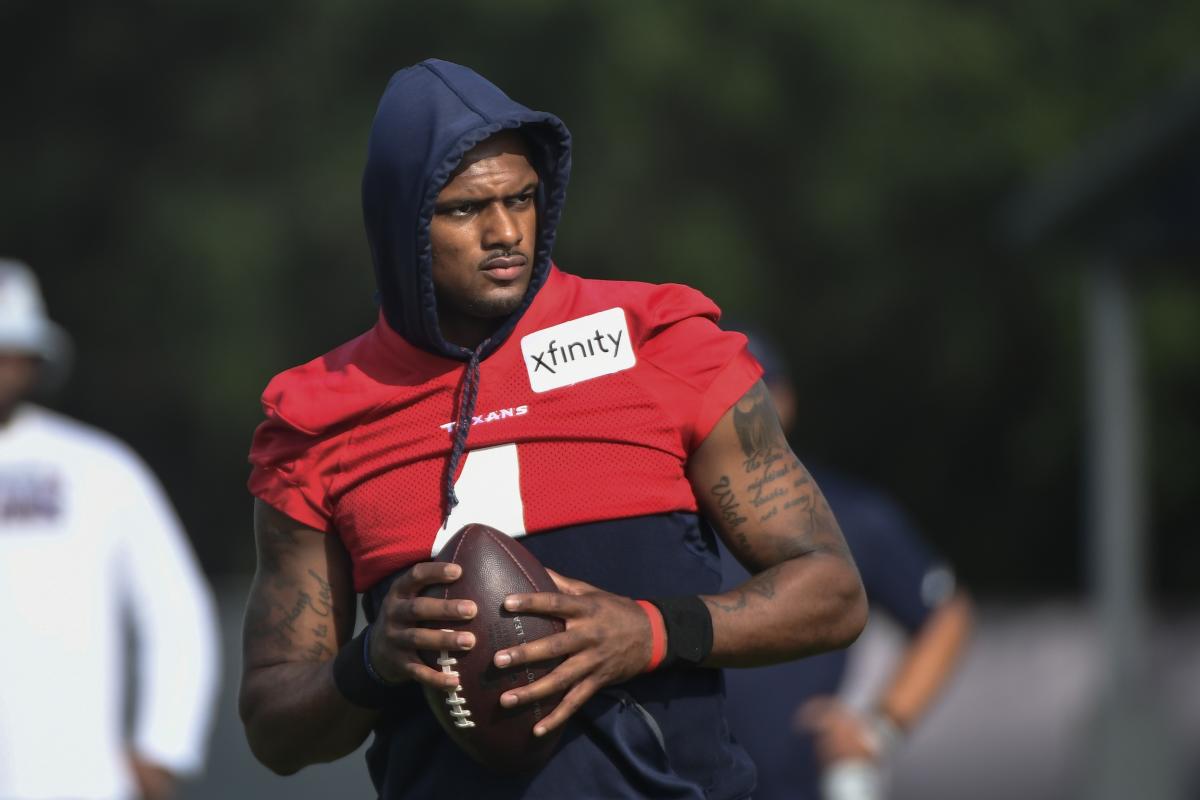 Deshaun Watson‘s name has been connected heavily to the Miami Dolphins, so naturally the local media there wanted to know what head coach Brian Flores thought of the chatter.

Yahoo Sports’ Charles Robinson reported that the Dolphins have emerged as the favorites to potentially land Watson via trade, although there clearly are a lot of unknowns that could slow any real progress toward that end.

Flores was asked about Watson and Tua Tagovailoa, the Dolphins’ current starting QB, on Sunday. Ever the defensive-minded coach, Flores hedged — quite a bit.

“Reports, speculation are not things we really get into,” Flores said. “Look, I understand the question, but as I’ve said in the past, any conversations that we have or don’t have with other clubs are going to be internal. I’ve been pretty steadfast about that.”

Dolphins fans’ reactions on Twitter have been varied. But there has been quite a bit of public concern over Watson’s alleged actions. He’s been accused of various sexual assaults by more than 20 women in civil cases, and there could be criminal charges and/or an NFL suspension looming.

The FBI, Harris County prosecutor and Houston Police Department all have been looking into the multiples allegations, and the league’s probe into the case remains open. Watson isn’t suspended but hasn’t really practiced or suited for the Texans during training camp and the preseason.

Trading for Watson — as truly gifted as he is — remains a very thorny proposition.

Flores then mentioned other players, ones fighting for roster spots, as ones he’s interested in.

Where does Tua Tagovailoa stand in Miami?

As for Tagovailoa, Flores said he remains supportive of his young quarterback heading into the season opener at New England.

“I’m very confident in Tua,” Flores said. “He’s done a lot of good things this spring, this offseason, this training camp. (He) played well last week, and again, my conversations with the players are going to always remain between me and that player.

“I talk to a lot of players every day. Obviously, (I) spend a lot of time with the quarterbacks, but yeah, those conversations will remain between myself and that player.”

So, in short: If you were looking for Flores to shoot down the Watson rumors, that certainly didn’t happen. Whether that means much remains a fascinating mystery.