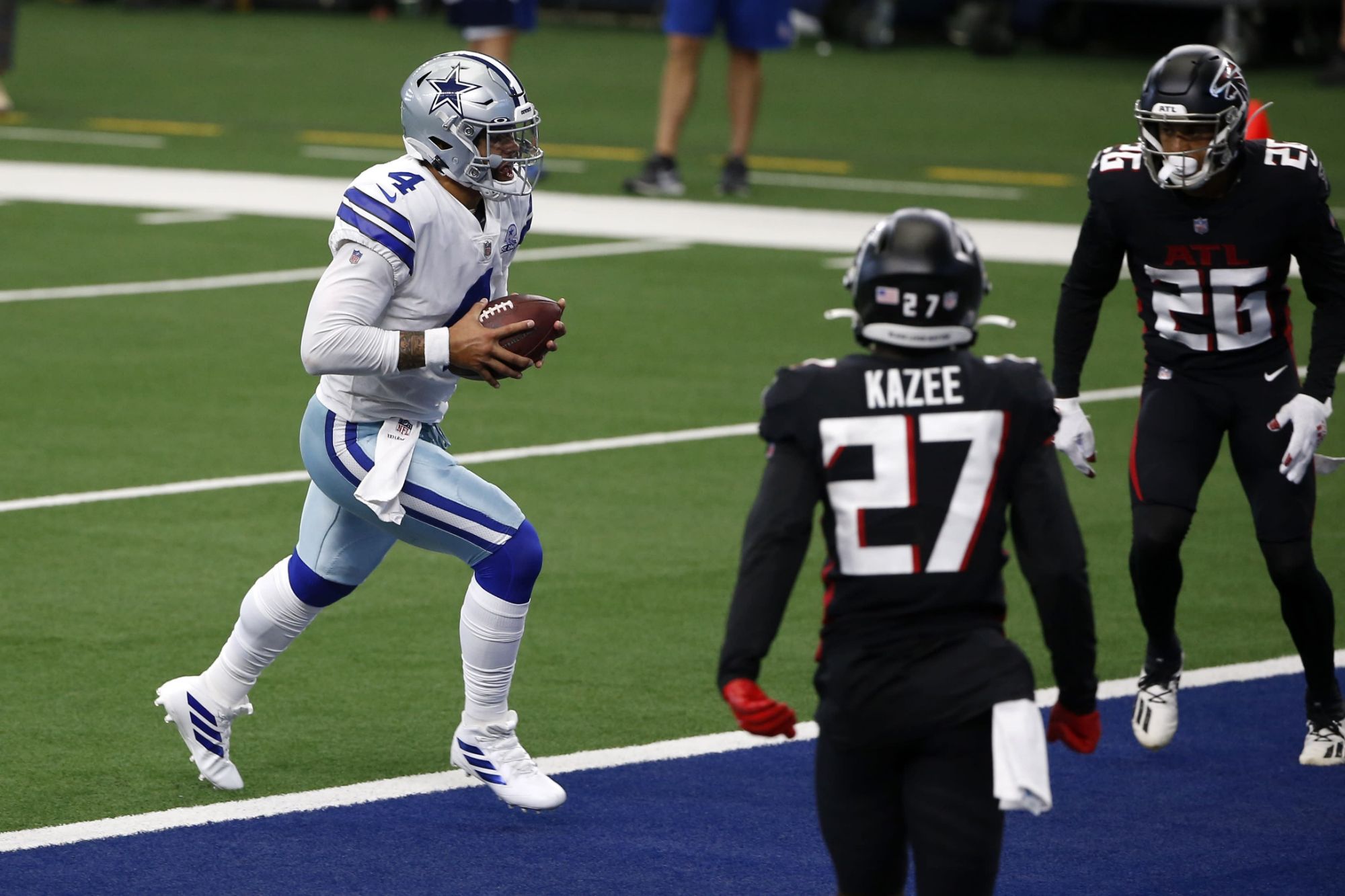 With five days of free agency come and gone, the Dallas Cowboys have held in line with much of their recent free agent history. While many fans and pundits seem underwhelmed with Dallas’ conservative approach, their is no doubt, at least on paper, that the Cowboy’s have improved some of their positions of need on the defense. While their is still work to be done in addressing some of their other needs, particularly at safety and cornerback, fans would be wise to look back on last years class of ‘known-name’ free agents and remember the results they produced.

The draft is 38 days away, what are mock drafts expecting from the Cowboys? Will Keanu Neal play safety or linebacker? What two safeties is Dallas scheduled to visit with this week? And could the Cowboy’s continue to upgrade the defensive tackle position in the draft, and just who could be one of their targets?

Link Cowboys Wire’s Ben Glassmire details NC State’s Alim McNeill, a defensive tackle prospect who could use his athleticism to help upgrade the interior of the Dallas defense. -AH

Fan grades are in for the Cowboys defensive free agent additions, and they are underwhelming :: Blogging the Boys

Link The Cowboys added three veteran defensive lineman, Carlos Watkins, Brent Urban, and Terrell Basham, early in free agency. Some of the signings seem more promising than others, find out how Cowboys Nation feels about each move. -AH

@dak is coming out fighting in 2021. #Cowboys pic.twitter.com/nJfiVER1vs

Link With the NFL draft just over a month away, experts can narrow down the prospects each team may be considering in the first-round. With Dallas having needs at multiple positions, there are eight players that are linked to Dallas more often than others. -AH

The first week of free agency was rather uneventful for the Dallas Cowboys.

Dallas Cowboys approach to free agency is the right one :: The Landry Hat

Link Many fans get frustrated year after year by Dallas conservative approach to free agency. Lucas Mascherin of The Landry Hat argues that the Cowboys passive free agency strategy is the right thing for the club to do. -AH

Link While making big moves in free agency doesn’t always translate to success, PFF is grading every teams free agent signings. With the Cowboy’s addition of Keanu Neal on Saturday, PFF is giving Dallas an “average” grade for their moves so far, with expectations that the Cowboys are not done with addressing needs in the secondary. –JN

The Cowboys' plan for Keanu Neal right now is for him to play safety and linebacker depending on certain packages in Dan Quinn's defense, but he is not locked into one spot specifically. Having that flexibility is a bonus as to why they added him.

Link Dallas is seemingly not done with the safety position is free agency with two scheduled visits for two free agent safeties coming off injury, a former Dan Quinn disciple and a former first-round pick. Their is also the discussion surrounding where recently signed Keanu Neal will play, linebacker or safety? –JN

Link Barmore could be the top DT in the draft, but in a down year for the position. What are the likelihoods his talent base earns him a shot in Dallas?