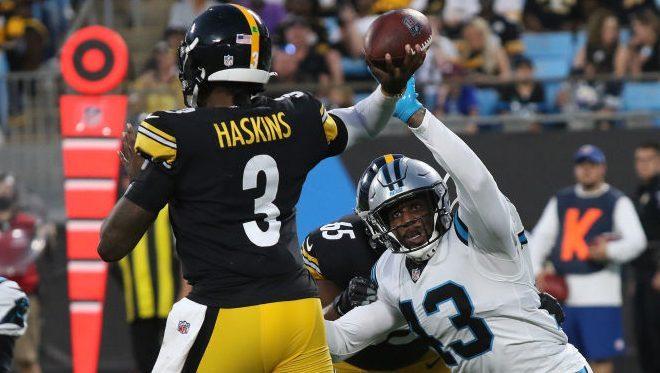 The Steelers gave quarterbacks Ben Roethlisberger and Mason Rudolph the night off so they could get a good look at backups Dwayne Haskins and Josh Dobbs in Friday night’s preseason finale. It did not go well.

Haskins started and played poorly, while Dobbs entered the game in the third quarter and got hurt. Steelers coach Mike Tomlin said after the game that Dobbs appears to have turf toe.

In the first half, Haskins was horrible and the Steelers never even drove into field goal range, let alone the end zone. When he came back in late in the game following Dobbs’ injury, Haskins was a little better, although by that point he was playing against scrubs who aren’t going to be on NFL rosters this season.

“It wasn’t the type of performance he wanted or we wanted,” Tomlin said of Haskins after the game.

Tomlin cautioned against speculating about the Steelers’ depth chart, but it appears that it will be Roethlisberger starting, Rudolph No. 2, Haskins No. 3 and Dobbs not on the active roster when the season starts.