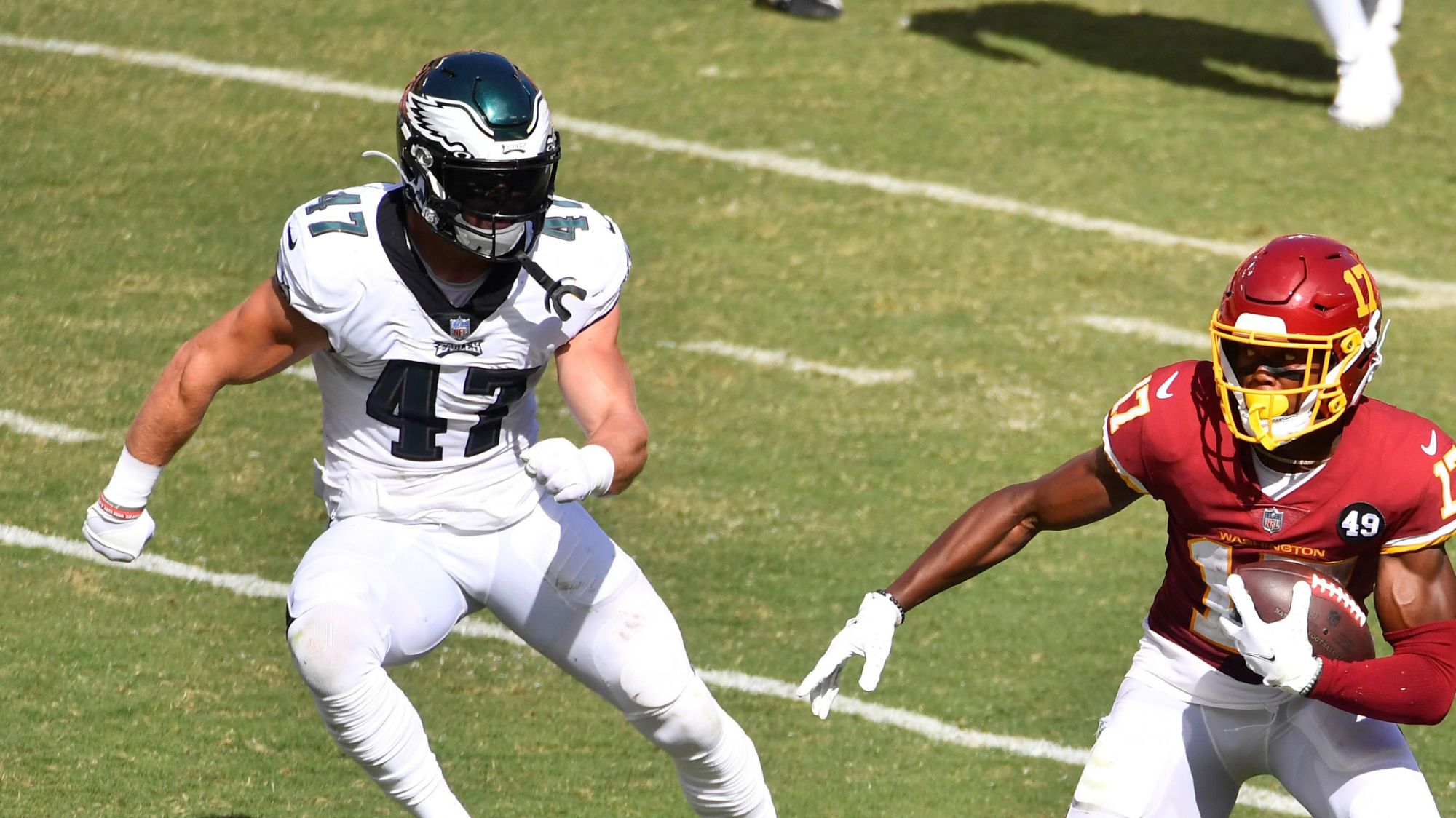 Gerry was drafted in the fifth round of the 2017 NFL Draft and started three games across his first two seasons with the team before being thrust into a surprise starting job in 2019 He ended up starting 12 games that year, and while he wasn’t terrible – he had two interceptions! – it became obvious that year and in seven starts in 2020 that Gerry wasn’t long for that starting role.

The Nebraska product played seven games in 2020, in which he was a liability in the passing game and frequently looked lost on his assignments. He got tagged with a rough 45.7 grade from Pro Football Focus in those seven games, and missed the last nine games of the season with an ankle injury.

With the Eagles choosing to let Gerry walk in free agency and tendering exclusive rights free agent LB Alex Singleton, here’s a look at who they have on the roster at the position:

As in years past, the Eagles are not exactly flush with talent at linebacker.

So what’s the plan at the position?

The Birds were mentioned last week as having interest in Jets free agent linebacker Neville Hewitt, who turns 28 next month. Hewitt put up an eye-catching 134 tackles with New York last year, though his PFF grade (59.4) leaves something to be desired, if you value PFF grades.

Penn State linebacker Micah Parsons might be available at No. 12 in April’s NFL Draft, an athletic specimen widely considered the defender with the highest ceiling in this year’s class, but history suggests the the Eagles’ front office won’t be using an asset like the No. 12 overall pick on a linebacker:

The Eagles haven’t drafted a LB in the first round since Jerry Robinson in 1979.

Best guess? Look for them to stock up with a still-available free agent veteran for cheap, draft someone in the middle rounds, and pray that Davion Taylor makes strides in his second year to justify that very iffy third-round pick from last spring.