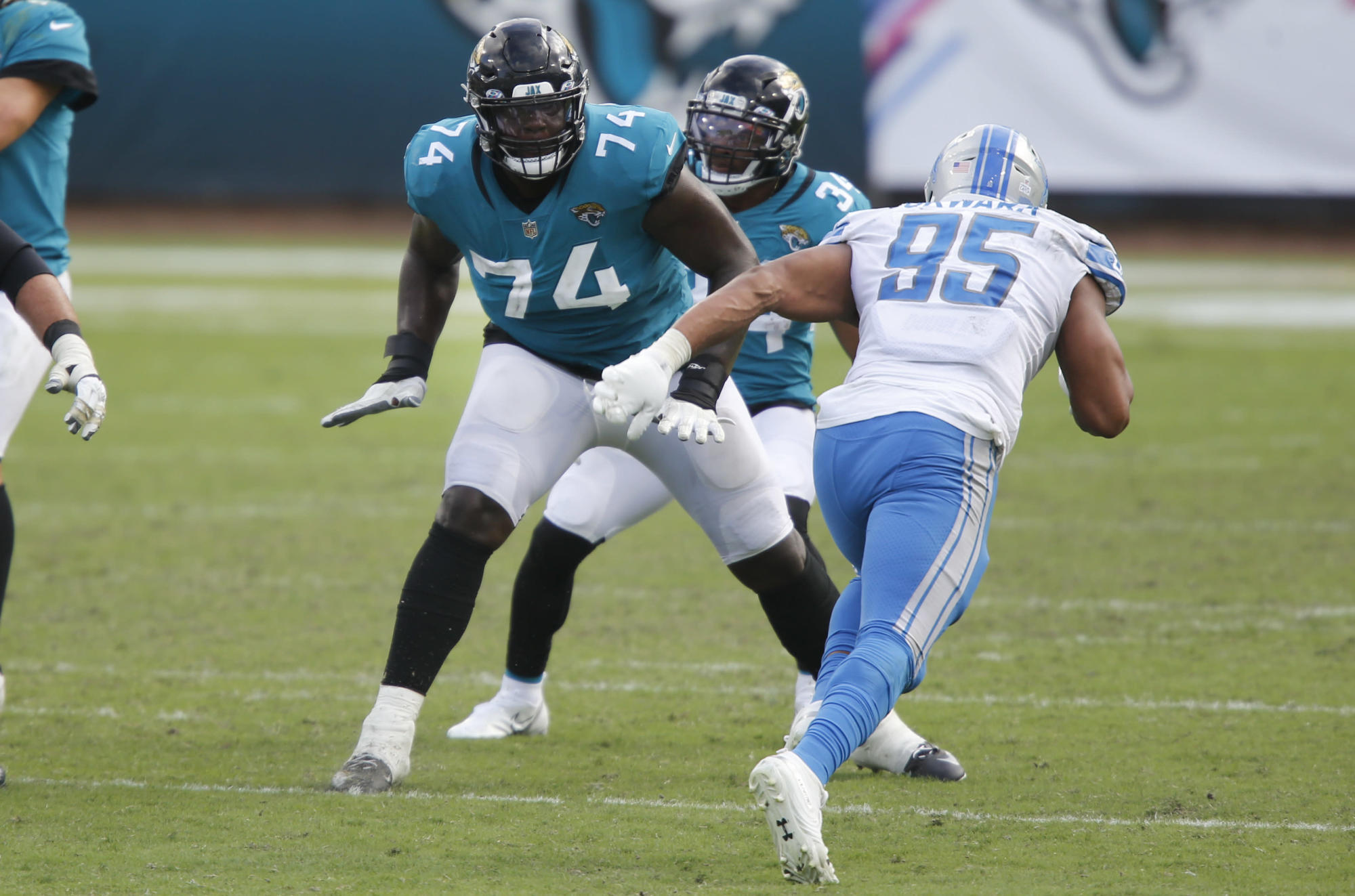 With the Jacksonville Jaguars drafting Trevor Lawrence, every fan has concluded that their offensive line needs to be stellar in protection. Likely for the sake of building chemistry, new coach Urban Meyer kept last year’s starting offensive line together by franchise tagging the only pending free-agent in the group in left tackle Cam Robinson.

Now, after another year together, the hope is that they can be a better group than they were last season, and if they can be at least a top-16 group, that would be great for Lawrence who fans hope is the franchise savior.

Unfortunately, that’s not what ESPN is projecting for the group in pass protection after running together some figures of all five starters. Specifically, when factoring in each starting lineman’s pass block win rate and the group’s figure as a whole, ESPN slotted the Jags’ group at the No. 21 spot of their 2021 rankings.

The Jaguars are a mess at tackle after the confounding decision to franchise-tag Robinson following a poor 2020 season. Linder and Norwell save this line from disaster, but rookie quarterback Trevor Lawrence should be concerned about pressure from the edge.

For those wondering how the PBWR figure is defined, here is ESPN’s description of it.

Many fans shared these sentiments about the tackle positions, especially with Robinson. Eight-time Pro Bowler Trent Williams was a huge offseason topic among fans as he hit the open market for a little while, and Baltimore Ravens tackle Orlando Brown was also on the trade block. The Jags didn’t commit to either player and elected to extend Robinson for a year and it’s possible they feel he could take a step forward as a pass protector.

As for Jawaan Taylor, he’ll be entering his third season after the team selected him in Round 2 of the 2019 NFL Draft. He showed encouraging signs at the end of his rookie campaign but regressed a lot last season. However, it’s worth noting that he (and other young players) endured an irregular offseason before the 2020 season, and with more time on the field for OTAs and minicamp, he could be drastically better.

Another good thing about the Jags’ offensive line is that they aided James Robinson to the No. 5 spot in terms of total rushing yards last season. That could very well entice Meyer to utilize the run game to protect Lawrence, but it still would be nice to see the team hold their own in pass-protection scenarios.