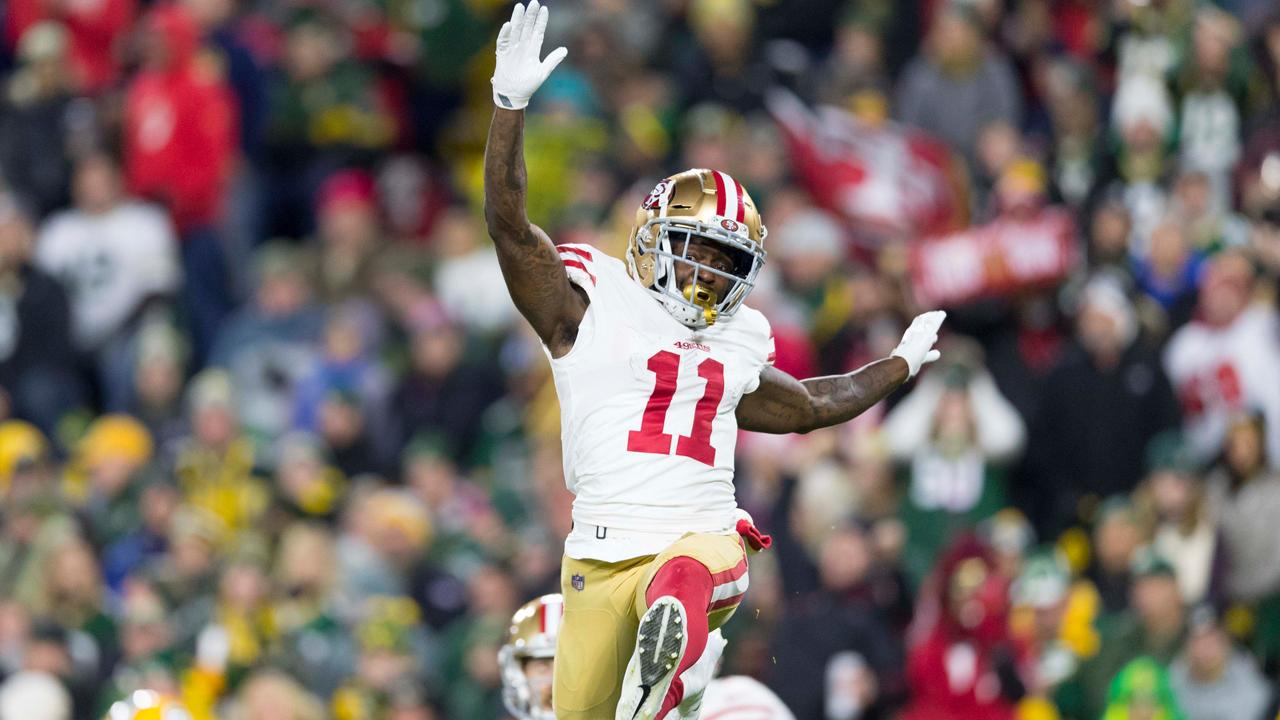 Ten days after the team released him, Goodwin on Saturday competed in — and won — his first long-jumping event since 2016. The 30-year-old landed an 8.12-meter jump in the sixth and final round at the Florida International “Pro Addition” in Miaramar, Fla. The former 49ers wide receiver also completed an 8.07-meter jump in the third, scratching on his jumps in the first, second, fourth and fifth rounds.

Goodwin was a successful long jumper prior to signing with the 49ers as a free agent in 2017. He finished 10th in the men’s long jump at the 2012 London Olympics, and just shy of Olympic qualification in 2016 following a seventh-place finish at U.S. Olympic trials.

Although Goodwin didn’t compete during his three seasons with the 49ers, the receiver memorably channeled his long-jumping past with a touchdown celebration on “Monday Night Football” against the Green Bay Packers in 2018.

The 49ers traded Goodwin and a sixth-round to the Philadelphia Eagles during last year’s NFL draft, using the sixth-round pick (No. 190 overall) they received from the Eagles to select tight end Charlie Woerner.

Goodwin opted out of the 2020 season, and he returned to the 49ers on March 16 as a condition of the original trade. The 49ers then sent a 2021 seventh-round pick to the Eagles, cutting Goodwin on March 17.