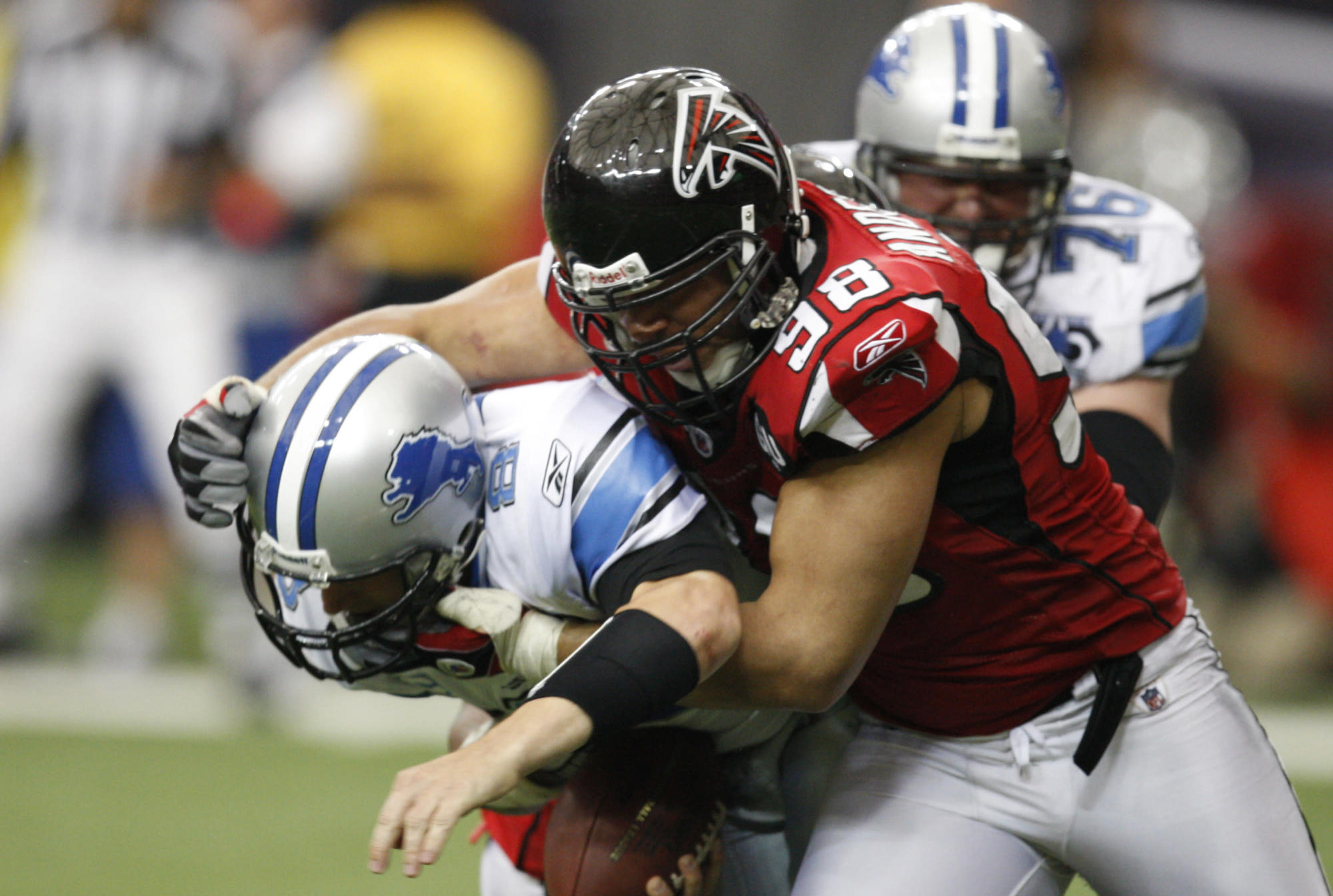 Every team has misses when it comes to the NFL draft. Scouting is an inexact science and there are no guarantees of a player’s success or failure, regardless of how high they may be selected.

When we label someone a “bust,” we’re weighing their performance against their draft position. Nothing influences the perception around a player more than the success of the players selected immediately after them. For example, there have been a ton of former No. 1 overall picks that didn’t pan out, but the reason JaMarcus Russell is always named among the worst ever is because of who the team passed on to pick him.

Back in 2007, the Raiders selected Russell, a big-armed quarterback out of LSU, one spot ahead of recently-inducted Hall of Fame wide receiver Calvin Johnson.

The writers over at Pro Football Focus put out a feature naming every franchise’s worst draft pick since the year 2006. For the Falcons, PFF awarded this honor to one of the team’s many failed first-round edge rushers. But no, it’s not Takk McKinley or Vic Beasley.

Atlanta’s worst pick came in that same 2007 draft of which the team selected defensive end Jamaal Anderson out of Arkansas with the No. 8 pick.

“Few edge rushers in PFF history have been as ineffective as Andreson during his time in the league, as he managed only five sacks on nearly 1,400 pass-rushing snaps in his four years with the Falcons,” writes Michael Renner. “And yes, we know sacks aren’t everything, but that ineffectiveness is backed up by the fact that he never earned a pass-rushing grade higher than 61.5 for his career.”

Anderson’s failures were compounded by the fact that the Falcons passed on linebacker Patrick Willis (pick No. 11), RB Marshawn Lynch (No. 12) and CB Darrelle Revis (No. 14).

Adding insult to injury, 13 of the 24 players taken in the first round after Atlanta selected Jamaal Anderson eighth overall have made at least one Pro Bowl.

6 reasons the Falcons will make the playoffs in 2021

Falcons 2021 draft class: What is each rookie’s Relative Athletic Score?