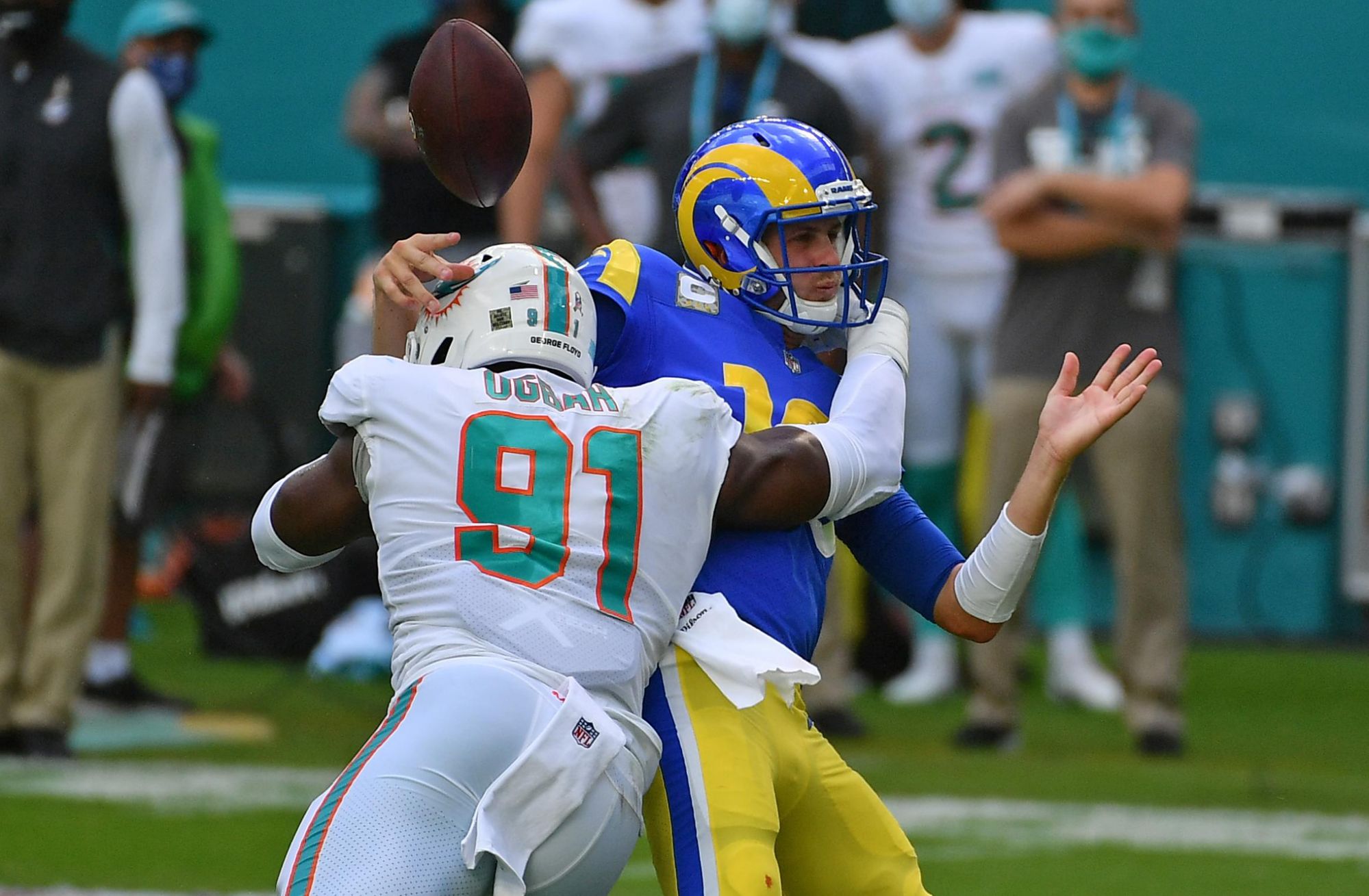 The Miami Dolphins’ list of team needs this offseason has steadily been whittled at, with the team making a slew of smart, low-risk signings to help fill out the depth of the roster. And, of course, the team moved big money to align themselves to sign WR Will Fuller in free agency as well — leading to a standout pass catcher to help reshape the Dolphins’ receiver room. But one of the byproducts of Miami’s big spending at receiver and the team’s roster overhaul is the Dolphins’ losses in the pass rush department.

Miami big farewell to both Kyle Van Noy and Shaq Lawson this offseason, leaving the pass rush as one of Miami’s biggest needs yet to be addressed. And this development comes even after the pass rush for the Dolphins was considered to still be a work in progress. Miami had success in 2020 generating pressure with blitz looks, but when the team needed to drop seven or eight into coverage and try to flood zones on critical downs, the results were very hit or miss.

A standout rusher who can dominate one on ones is the missing piece.

But for the Dolphins, some more speed and quickness up front could at least be a good start. The statistic is eye-opening and it comes courtesy of NFL.com’s Cynthia Frelund during her recent analytics current mock. Frelund mocked Miami Hurricanes pass rusher Jaelan Phillips to the Dolphins — and her reasoning tells you quite a bit about the team’s pass rush.

“(Phillips’) burst from the line of scrimmage to 5 yards traveled after the snap was third-best in the FBS last season, and the Dolphins’ front had the fourth-slowest burst in the league,” wrote Frelund.

The Dolphins’ pass rush was the fourth-slowest in the league last season to gain 5-yards of depth after the snap. Could some of that be by design based on contain rushes and Miami’s general strategy of how to attack the pocket? Surely. And that likely may be the case. But regardless what the context of Miami’s shortcomings are in rushing the passer, the team needs more explosiveness off the edge even if the Dolphins aren’t aggressively attacking the pocket by design.

The Dolphins will have their options in this month’s draft — and which rusher they choose (assuming they land one) will tell us if the Dolphins agree with this assessment of their rush.